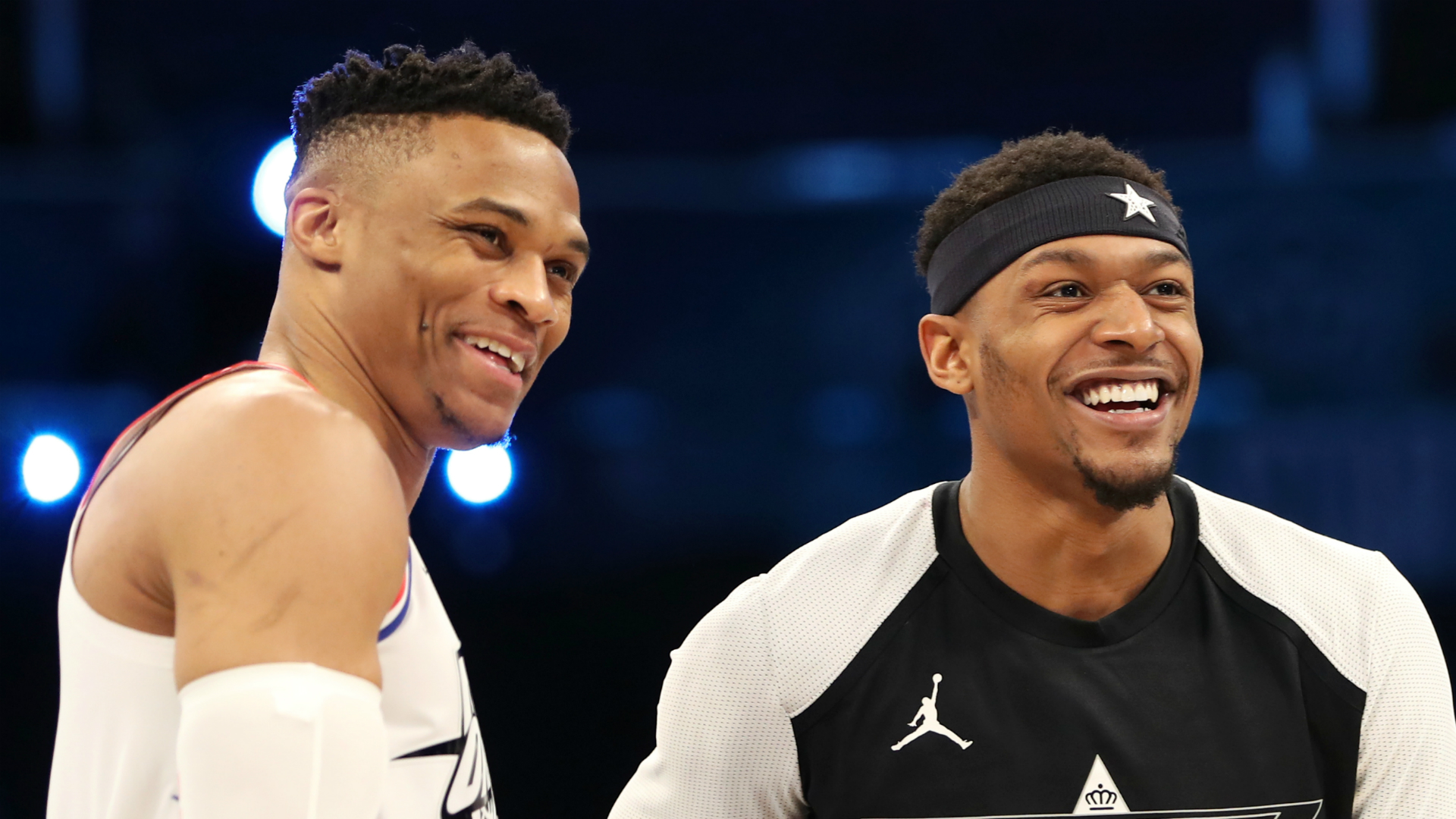 Westbrook, the NBA’s MVP in 2016-17, will play for the Wizards in 2020-21 after being dealt by the Rockets in exchange for John Wall last week. While he remains one of the NBA’s elite scorers and creators, concerns over his demeanor and character continue to linger after spending just one season with former Thunder teammate James Harden in Houston.

“We all maybe have our similarities, but we are all different in our ways. I’m not going to judge Russ off of his previous relationships with guys on other teams. I want to be able to put my foot in his shoes and be in the moment. I want to experience these things for myself.”

Westbrook averaged 27.2 points and seven assists per game for the Rockets, who had their 14th consecutive season at .500 or better but failed to reach the NBA Finals — the longest streak of its kind in NBA history.

But Westbrook’s struggles were evident in the playoffs — shooting just 24.2 percent from 3-point range and 53.1 percent from the free throw line.

Westbrook was the first player in NBA history to shoot under 25 percent from 3 and under 60 percent from the line in a single postseason (minimum 30 attempts in both categories).

Houston had a 29-13 record when Westbrook shot fewer than five times from beyond the arc compared to 10-13 when attempting five or more.

“He’s a great passer,” Beal said. “He can pass the hell out of the ball. His pace is crazy. I don’t want to just compare him and John, but he’s very fast with the ball … and he’s looking for his shooters.

“It’s definitely cool to see that. I feel like there is always a false narrative on Russ, but he’s looking for guys, he’s trying to get guys the ball and he’s coaching.”

Nine-time All-Star Westbrook added: “There is no sugarcoating, there is no me trying to be somebody I’m not. Since I have been in this league, I feel like I’m one of the best leaders in the game.

“Leadership is not about what you say and all the s— that people see, but it’s actually what you do and how you impact and better your teammates as men and people.”