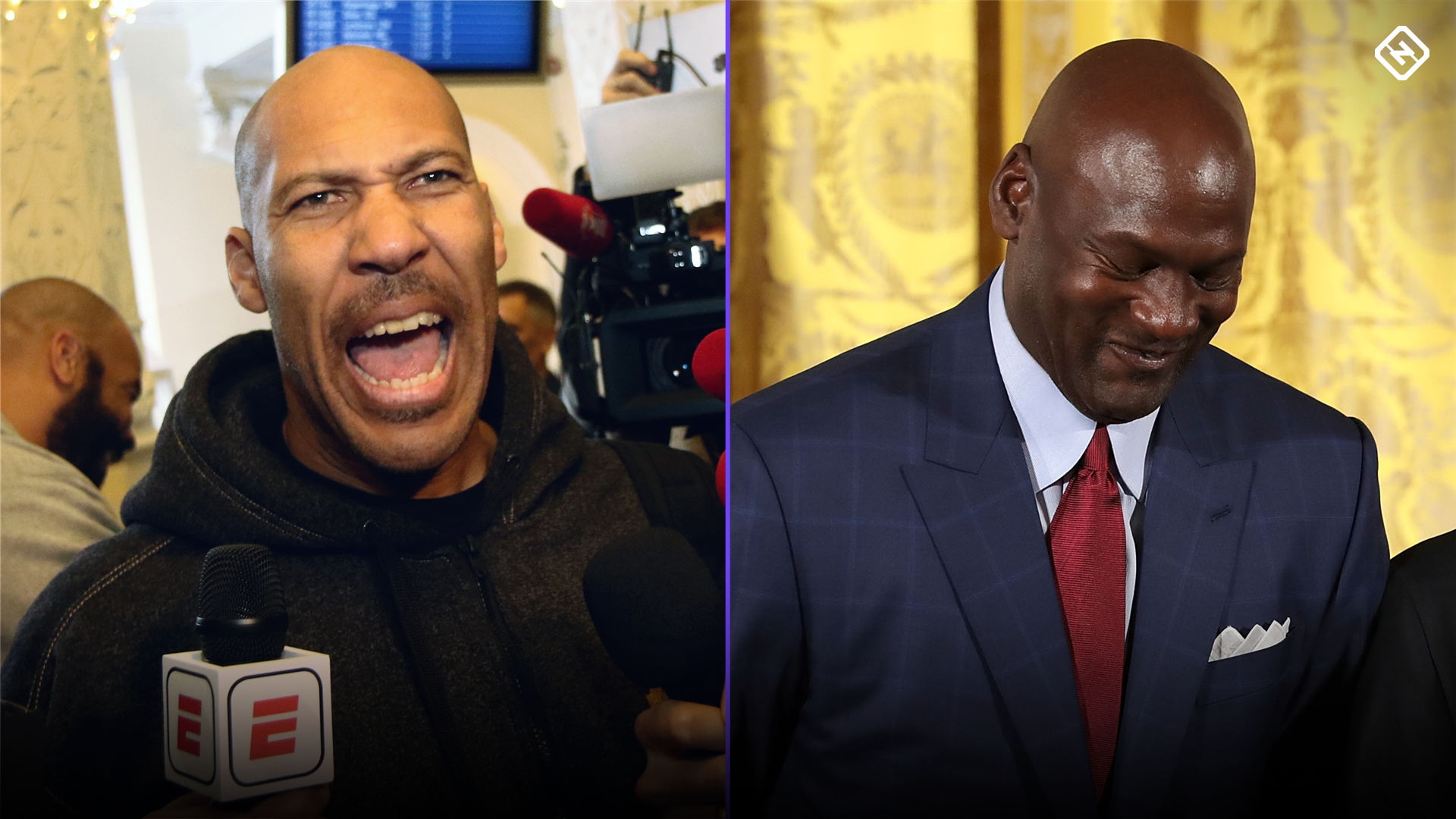 Will LaVar Ball play Michael Jordan 1-on-1? ‘Why not?’ says father of LaMelo Ball It’s been more than three years since LaVar Ball said he “would kill Michael Jordan 1-on-1” back in his heyday.

The brazen father of three talented basketball-playing sons, Ball routinely made headlines for his ludicrous claims. He once said his oldest son Lonzo — still just a freshman at UCLA at the time — was already better than unanimous NBA MVP Steph Curry. He predicted back in March that his middle son, LiAngelo, who has only made it as far as the NBA G League, will be an NBA scoring champ within three years.

LaVar certainly has a knack for taking the attention from his sons and bringing it on himself. But after his youngest son LaMelo was was selected third overall by the Hornets in the 2020 NBA Draft, LaMelo and Lonzo, the No. 2 pick in the 2017 Draft, became the first brothers selected in the top three in NBA history. That raises the question: Is there a method to the madness?

At the very least, LaVar deserves credit for playing an active role in his boys’ development and providing them an environment in which they could succeed. Even if he did force LiAngelo and LaMelo to forego college and pave their own unconvential path playing overseas, things have worked out fairly well for the Ball brothers.

MORE: How much is Big Baller Brand worth?

So, with Lonzo playing for an exciting young Pelicans team, LaMelo establishing his NBA career with Hornets and LiAngelo hoping to sign with another G League team, is it possible that we’ll start hearing less from LaVar? Hell no.

LaVar, dressed head to toe in Big Baller Brand gear with a specially customed “I told you so” cap, was as boisterous as ever in the moments after LaMelo was drafted. In an ESPN story about the Ball family’s Draft night celebrations, LaVar addressed the idea of playing Jordan 1-on-1, and what it means for Jordan’s team to draft LaMelo.

LaVar, quiet no longer, is accepting congratulations and telling the room, “Tell MJ: Here we come! Tell MJ we’re coming!” LaVar punctuates his proclamations by raising both arms in the air. Michael Jordan, the man LaVar famously claimed he could beat in a one-on-one, is the owner of the Hornets and now his son’s boss. LaVar tells me the world might finally get to see that one-on-one, but first he has to discuss the business side with Jordan: pay-per-view, guaranteed money, that kind of thing. He laughs and says, “Hey, if people are willing to pay to see 50-year-old Mike Tyson fight, why not?” He likes the idea of Jordan guiding his son. “Greatness recognizes greatness,” he says. “I always told my boys, ‘Someone has to be better than the best — why not you?’”

There’s no telling whether Jordan would even consider playing LaVar 1-on-1 in a pay-per-view event, though the GOAT did respond to the BBB CEO’s original claim, saying “I don’t think he could beat me if I was one-legged.”

MORE: LaMelo Ball’s Puma contract: Why did he snub BBB?

It wouldn’t be smart to bet against Jordan, even if he was one-legged. Back in 2013, he allegedly beat notable Bobcats bust Michael Kidd-Gilchrist in a game of 1-on-1. Sure, a few more years of rust have likely piled on, but LaVar would still probably have a better chance of beating MKG than MJ.

Regardless of whether the game would actually be competitive, there’s no doubt that fans would tune in to see LaVar vs. Jordan. So let’s hope the big-talking businessman can sell a pay-per-view event better than he can sell sneakers.