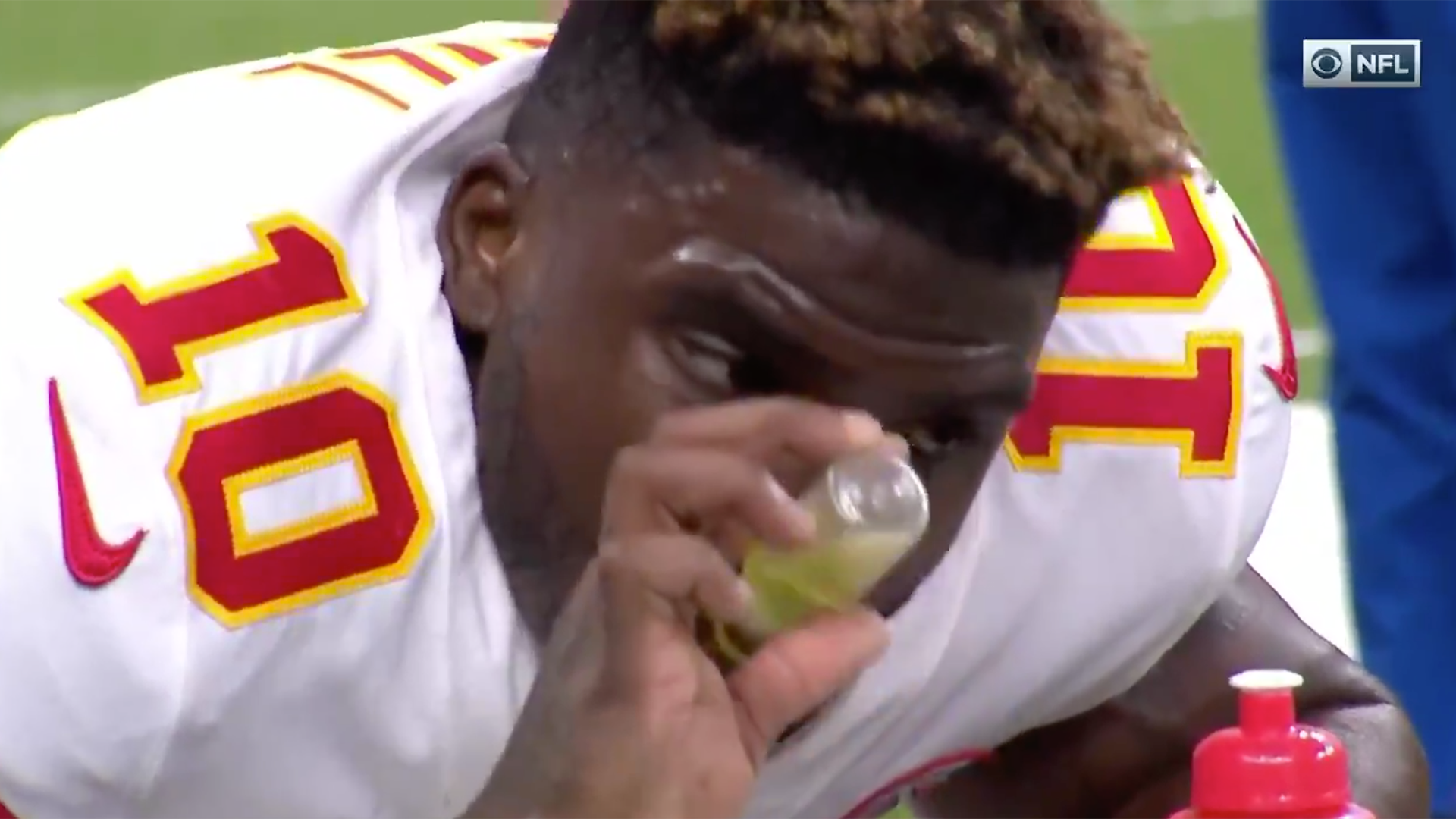 Chiefs wide receiver Tyreek Hill broke out a tiny drink bottle as he laid on the trainer’s table midway through the first quarter Sunday. Maybe it was his Cheetah Juice.

Twitter quickly was ablaze with speculation about what Hill was drinking out of a remarkably tiny bottle. The yellow liquid was probably some sort of sports drink or electrolyte supply, because what else would Hill drink in plain sight on the sideline during an NFL game? But he did just score a touchdown, so maybe there was some celebrating to be done, too.

Hill’s sideline drink was preceded by a five-yard TD catch following misdirection. It was his 15th touchdown of the season, tying Kansas City’s franchise record for a single-season previously held by Dwayne Bowe.

Lounging after his touchdown, Hill had two bottles — the small one with the mysterious yellow liquid, along with a larger red one that looked more like a water bottle. CBS color commentator Tony Romo was the first to throw his hat into the ring with speculation on Hill’s drink, suggesting it could be some holiday eggnog.

The most likely answer is pickle juice. The juice contains salt and vinegar, which may help replenish electrolytes. Hill has dealt with dehydration in recent weeks, meaning that pickle juice could be a new attempt at a remedy for the speedy wide receiver.

Whatever it was, Hill’s face didn’t look like he enjoyed it very much. Pickle juice certainly doesn’t sound appetizing.