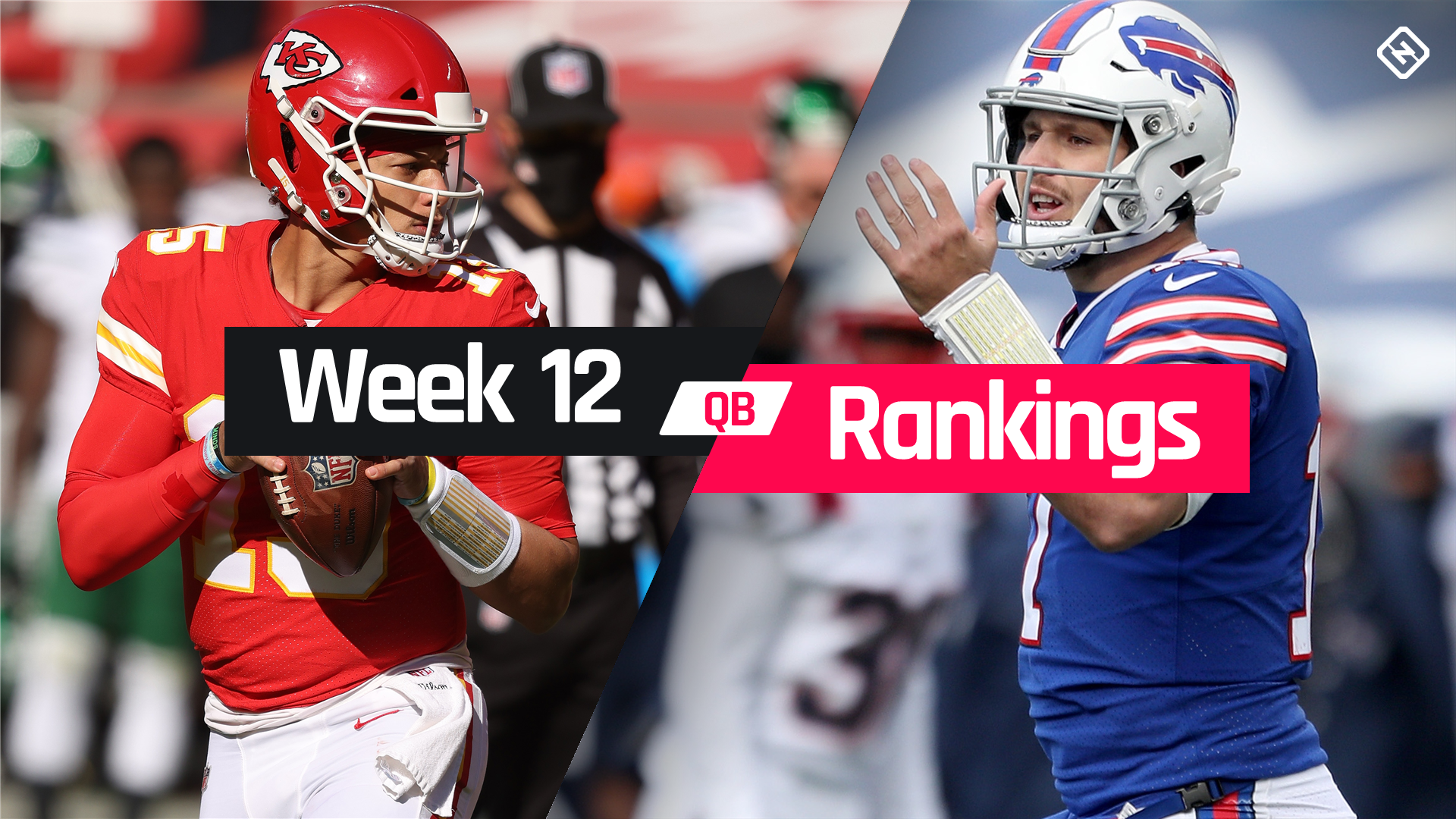 Normally when there are no byes, our rankings are loaded, but that’s not necessarily the case with our Week 12 fantasy QB rankings. Sure, almost all of the the big names are there (save Drew Brees), but some tough matchups for other star quarterbacks (Kyler Murray, Patrick Mahomes, Lamar Jackson, Ben Roethlisberger, Tom Brady, Aaron Rodgers) could still cause plenty of start ’em, sit ’em headaches on Thursday and Sunday.

Most, if not all, of the above QBs will still be started in most leagues, but borderline QBs Cam Newton (vs. Cardinals), Ryan Tannehill (@ Colts), and Jared Goff (vs. 49ers) are probably best suited for your benches. Roethlisberger (vs. Ravens) is also risky, but he’s established a high floor and had two TDs against the Ravens in their first meeting this year, so he’s not completely off-limits. However, you can probably find a QB with more upside.

Among those borderline starters who are elevated by their matchups, Carson Wentz (vs. Seahawks), Derek Carr (vs. Falcons), Matthew Stafford (vs. Texans), and Teddy Bridgewater (@ Vikings) all have high floors and ceilings (assuming they’re all healthy), and whoever starts between Tua Tagovailoa and Ryan Fitzpatrick (@ Jets) is also in play. Going a little deeper, Taysom Hill (@ Broncos), Baker Mayfield (@ Jaguars), Philip Rivers (vs. Titans), Alex Smith (@ Cowboys), and Daniel Jones (@ Bengals) are also considerations this week, but, again, with no byes, you’re likely not trusting them over any of the more consistent starters mentioned in the opening paragraph.

Hill is a special case because of his high rushing floor, but there are still reasons to worry about his passing and whether he’ll remain at quarterback all game. That would also be true of whoever starts for the Dolphins and Panthers.

Ultimately, your decision on who to start at QB this week could come down to where you are in the standings and what the rest of your matchup looks like. You might have to take a chance with a potential big scorer if your projections are lacking at other positions, and if that’s the case, someone like Roethlisberger or even Rodgers (vs. Bears) or Jackson (@ Steelers) might not be the best play. We’re at the point in the season where you might have to take some chances in order to make the playoffs (or play it safe in order to hold your playoff positioning).

Note: Check back throughout the week, as we’ll continue to update our QB rankings up until kickoff based on the latest news and injury updates.

These rankings are for four-point passing TD leagues.