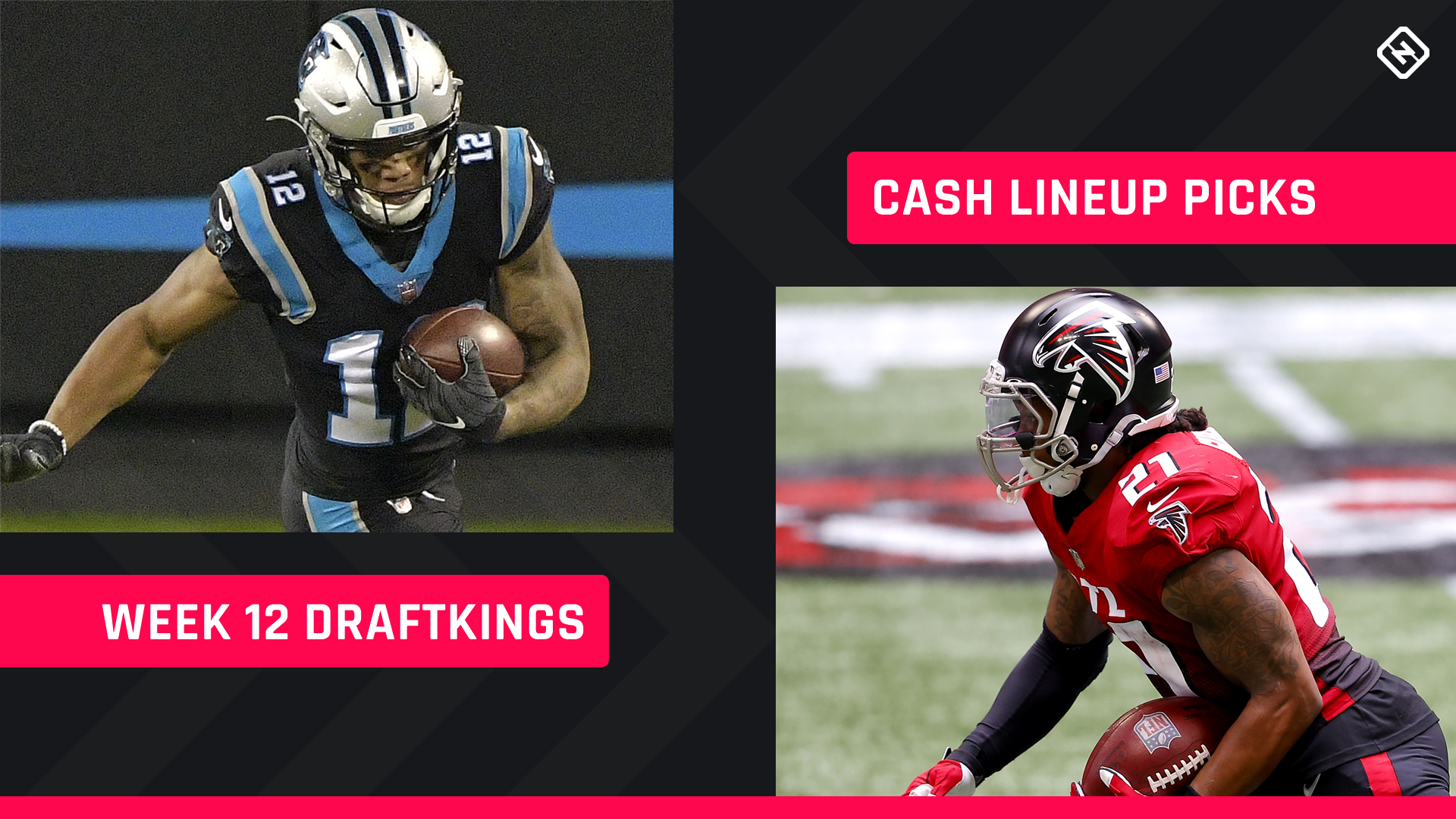 As the 2020 NFL season rolls along, making daily fantasy football cash game lineups is going to get easier. With no teams on bye, NFL DFS players will get to choose from a loaded 11-game slate, and as teams get healthier, there will be plenty of top-priced players available and solid value plays across the board. Notably, the WR value this week is strong, and there are some sneaky-good RB plays available in the $5K range, which is unusual. Our Week 12 DraftKings cash lineup will roll with these backs, pick up some WR values, and add a higher-priced stack that should give this lineup both a high ceiling and a high floor.

For this lineup, we didn’t really have any big “spend down” spots. We went with a TE under $5K, a WR value pick, and a D/ST pick in the $3K range, but for the most part, our money was spent around pretty evenly. We also went after some high-volume producers at RB that were underpriced and spent up for a Bills QB-WR stack that should anchor our lineup well. We have a couple of studs and a few sleepers, but this lineup should have a chance to get over the cash line pretty easily.

QB Josh Allen, Bills vs. Chargers ($7,600). There are few quarterbacks in fantasy football with a higher floor than Allen. So far this season, he is averaging 26.9 DraftKings points per game (DK PPG), and he has posted at least 29.4 DK points in five outings this year. Allen has a high rushing floor — he averages 28 yards per game and has five rushing TDs on the season — and the Chargers have allowed 23 total TDs on the year, tied for the fourth-most in the NFL. Allen should take advantage of this matchup and is worth spending up for at QB.

RB Kareem Hunt, Browns @ Jaguars ($5,600). Hunt represents a sneaky-good value play on this slate. While Nick Chubb and his back-to-back 100-yard games are getting attention, Hunt is not. However, he still had 14 touches against the Eagles, and while he only had 21 total yards, he did find the end zone and handled the goal-line touches. If that continues, Hunt’s TD and receiving upside will make him a solid DraftKings value thanks to their PPR scoring system. Also helping is the fact that the Jaguars have allowed the sixth-most DK PPG to RBs this season at a mark of 27.4. Hunt should have a chance to catch passes against the Jaguars out of the backfield too, as they are allowing 6.2 receptions per game to RBs, tied for the fourth most in the NFL.

RB Todd Gurley, Falcons vs. Raiders ($5,500). Prior to the Falcons’ Week 11 loss to the Saints, Gurley had at least 15 touches in every game and was averaging 19.4 touches/game on the season. After a game that saw the Falcons barely run the ball, they’ll want to get more out of Gurley against a weaker run defense. The Raiders just let the Chiefs run for three TDs against them, and they are allowing an average of 28.9 DK PPG to the position along with 14 total TDs. Gurley, who has scored in seven of 10 games, will have a chance to reach the end zone once again if the Falcons can stick to the run.

WR Stefon Diggs, Bills vs. Chargers ($7,600). Pairing Diggs with Allen is a no-brainer. Diggs has posted double-digit DK points in every game this season and is averaging an even 20. He has been targeted 101 times, which is second to only Keenan Allen (112). Josh Allen should continue to look Diggs’ way, and though the Chargers have been good against WRs this year, Diggs is matchup-proof. He should have a chance to post another big game akin to the 10-catch, 93-yard, one-TD outing he posted against the Cardinals in Week 10.

WR D.J. Moore, Panthers @ Vikings ($6,200). After a couple of down games for Moore, he has bounced back in a big way. In his past two outings, Moore has racked up 244 total yards and a TD. On the season, he has posted at least 14.3 DK points in six-of-11 games and should continue to see about 7.3 targets per game from Teddy Bridgewater (or PJ Walker if Bridgewater misses another week). Moore gets to take on a Vikings team that has allowed the second-most TDs to WRs this year (17) and the fourth-most DK PPG to the position (44.2).

WR Josh Reynolds, Rams vs. 49ers ($4,300). Before his Monday Night Football matchup with the Bucs, Reynolds had been averaging nine targets per game in his previous three outings and posting 63.3 yards in that span. It looks like he is becoming the clear-cut No. 3 receiving option for the Rams, so he can be utilized as a low-budget option. The 49ers don’t allow a ton of yardage to receivers, but their 12 TDs allowed is tied for eighth most in the NFL.

TE Hunter Henry, Chargers @ Bills ($4,800). The Bills have allowed the most receptions (59) and most yards (642) to TEs this season and are second in DK PPG allowed only to the Falcons. Henry is averaging 6.6 targets per game, fourth most in the NFL among TEs, so he should be able to take advantage of this favorable matchup and post one of the best games of his season. He has scored in back-to-back games, too, so Justin Herbert should continue to look his way in the red zone.

FLEX Salvon Ahmed, Dolphins @ Jets ($5,100). Matt Breida returned for the Dolphins against the Broncos, yet he was out-touched by Ahmed 17-2. That clarifies that Ahmed is, in fact, the backfield leader for the Dolphins. In Ahmed’s two starts, he is averaging 19.5 touches per game for 82 yards. He found the end zone once, as well. This week, he gets to take on the Jets, a team that has given up 26.5 DK PPG to RBs this year, so he should have a chance at another strong game. At this price, he’s a high-floor option with enough of a ceiling to help this lineup cash.

D/ST New York Giants @ Bengals ($3,200). The Giants get to face Ryan Finley after Joe Burrow’s unfortunate season-ending knee injury. In five games of NFL action (three starts), Finley has completed 48.5 percent of his passes for 504 yards, two TDs, and three interceptions. He also has been sacked 15 times. The Giants will have a good chance to pressure Finley into mistakes and they could hold the Bengals mostly scoreless since Joe Mixon (foot) is out, too. Their floor and ceiling are both high, so at this price — $1,000 less than the positional ceiling (Dolphins, $4,200) — they’re well worth it.