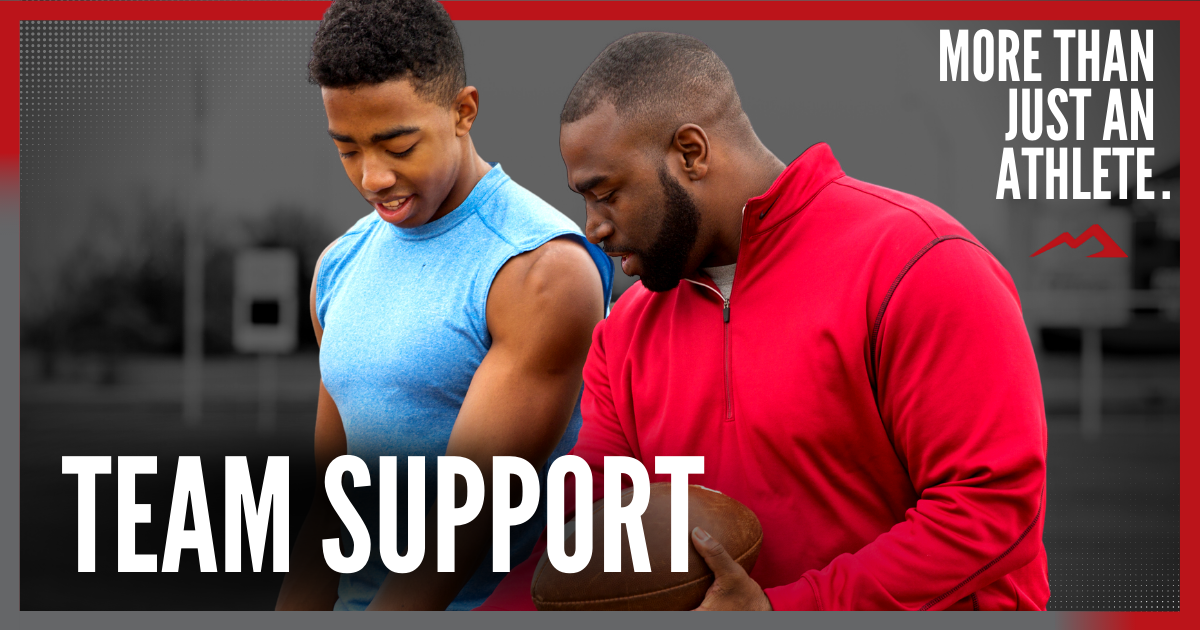 
There’s truly nothing more fulfilling than being part of a team that functions as a well-oiled machine. We all know that the value of being on a team transcends wins and losses; between all the long bus rides and team gatherings are adversity-defying moments, character-building experiences, and budding friendships, all of which can serve as puzzle pieces that shape an athlete’s life for decades to come.

The dynamics of a team can truly shape lives…a vehicle for culture, growth, and learning.

Yet in a puzzle, no one piece looks the same…but they all play a critical role in creating a rock-solid final product. The same can be said for the dynamic of a team.

It’s important for athletes to understand the dynamic of their team…their relationship with teammates and coaches, if they feel that their voice is heard, and that their worth is valued as a human being…not just an athlete.

All of that and plenty more is measured by team support.

Team Support, What is it?

Think of team support like a village; each person in the village presents an opportunity to support an athlete both on and off the field.

“Team support includes the community in which you surround yourself within a team environment,” Premier’s McKenzie Bromback says. “It measures how (those people in your team environment) contribute to your overall mental health and wellness but also performance. Team support can come from teammates, but also from coaches, parents, athletic trainers, and anyone who’s within the community of your team or athletic organization.”

Whether it’s a coach staying after practice to work on a jump shot with a player or a parent consoling an athlete after a heartbreaking loss, team support presents itself in different ways…and comes from different people.

“One thing that is incredibly important to know about team support is that not everyone is going to give you the same kind of support,” Bromback says. “Maybe you don’t feel super comfortable being vulnerable about your emotions and mental health to a coach, but maybe there’s another coach or captain of the team that you feel comfortable having that conversation with.”

It’s critical that there’s someone in an organization for athletes to chat with about mental health and emotions; yet just because one coach isn’t that person doesn’t necessarily mean that they’re not contributing to an athlete’s support system in a different way.

“On the other hand, that athlete may know that they can get great constructive feedback from that certain coach and that feedback can support their athletic performance,” Bromback says. “Understanding how different people in your team’s community can give you support in different ways is critical.”

A delicious three-course meal isn’t complete with just a Caesar salad and breadstick; it needs eloquent dressing, a delicious steak, roasted potatoes, some fresh fruit, and a scrumptious slice of chocolate cake to make it complete.

Are all the items tasty by themselves? For sure. Yet they truly complete the best possible experience when they’re placed together as a meal.

Team support is the same; an athlete needs support from all different angles and areas of life to be successful in a team setting.

Team Support in Action for an Athlete

No one person is responsible for meeting every single need that comprises high-quality team support. It takes a village of resources and relationships to foster team support that allows an athlete to flourish.

Yet by helping fill one piece of the puzzle, you can help your entire team environment work towards strong team support for all parties involved. Here are a few ways how.

To measure your own performance mindset and profile, try Premier’s Athletic Wellness and Performance Assessment.