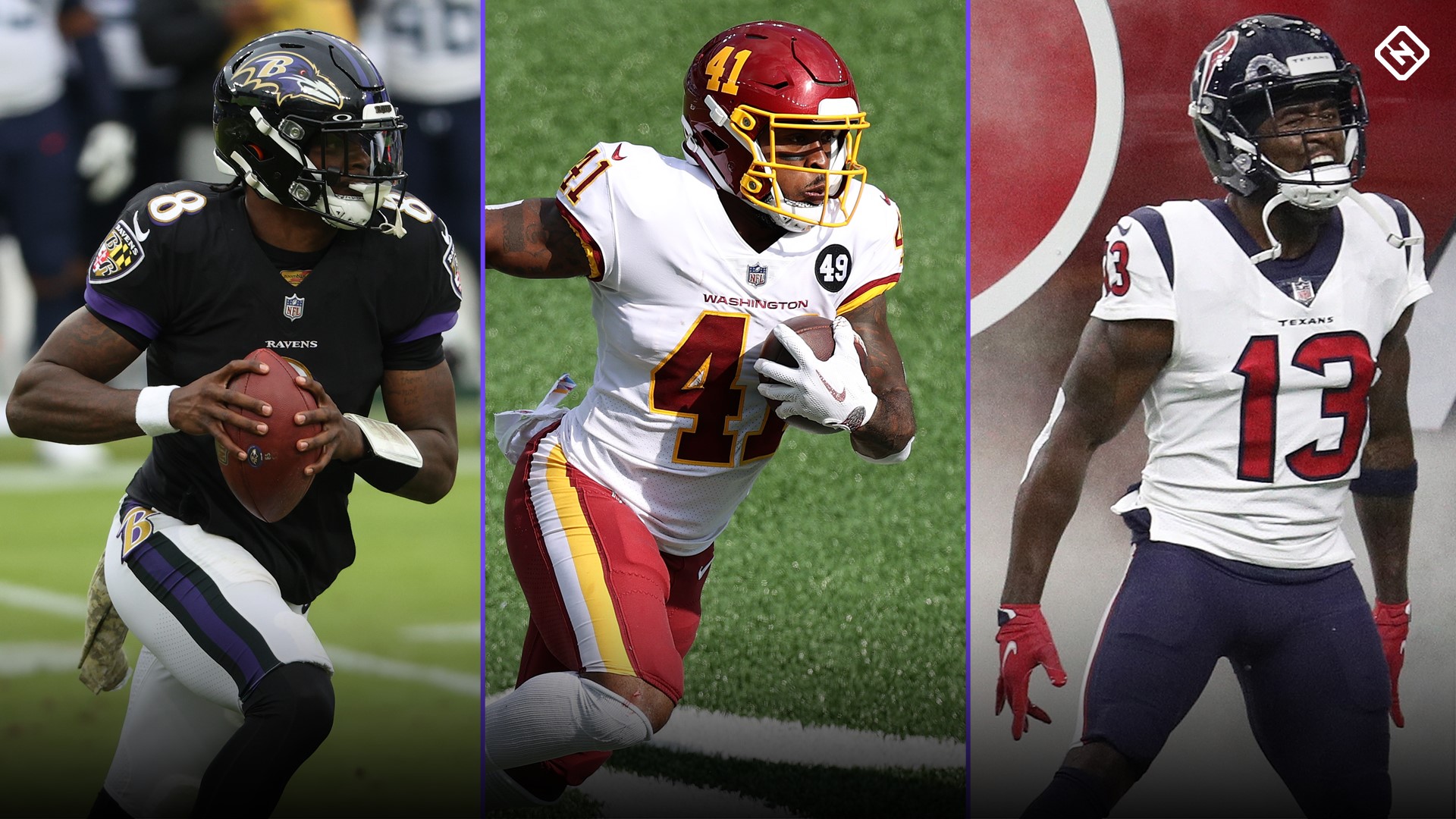 Even in 2020, Thanksgiving and the NFL go hand in hand. We wouldn’t want you to watch football without some strong DraftKings lineups shooting up DFS leaderboards, so we have Thanksgiving-slate advice for those of you looking to play daily fantasy football for the holiday. With just three games, things get a bit trickier, but there are paths to winning.

The toughest part about a three-game slate is your lineup doesn’t always look logical when viewed through the lens of a normal Sunday. You might have a RB and WR from the same team or a player against your D/ST, but that’s almost unavoidable. Instead, focus on picking the players and matchups that feel right to you, and just avoid having egregiously illogical overlaps.

The Steelers have been Jackson’s kryptonite throughout his NFL career, so playing him here doesn’t come without some risk. But it’s hard to totally avoid risk on a three-game slate. It would be fair to say Jackson played poorly in his earlier matchup with Pittsburgh this season, and he still had 18.82 DK points. Because of his rushing, Jackson’s floor is so high that we mitigate risk and give too much upside to pass up at $600 cheaper than Deshaun Watson.

The Lions have allowed the most DK points to running backs in 2020. Duke Johnson will start at least one more week with David Johnson’s IR stint not allowed to be finished until after the Thanksgiving game. Add in Duke’s pass-catching ability in DK’s PPR scoring and he works out to be a great play.

McKissic had a quiet Week 11 and still totaled 9.9 DK points. Prior to that, he’d seen a combined 29 targets across the two previous weeks. It’s hard to find such a solid floor at a cheap RB price on DK, but McKissic is that thanks to his target volume against a bad defense.

McLaurin is priced as the highest WR on this slate, and maybe that means some will avoid him. Not us. We were going to stack Alex Smith with McLaurin until the pricing worked out well enough that we could pay up at the QB spot. But McLaurin has had double-digit DK points in five straight weeks and should easily make that six against Dallas.

Claypool has played 10 NFL games; he’s scored 10 touchdowns. Ben Roethlisberger seems to move his big-bodied target, and so Claypool is our choice out of a talented receiving group. He had nine targets and caught a touchdown the first time these teams played.

Cooks has averaged 8.7 targets per game across his past six contests, and he’s still a deep threat despite some overall decline in his skills. The Lions are worse against the run but they’re not good against the pass either, and we’ll let others pay up for Will Fuller while we get a similar player in Cooks at a discount.

The Texans don’t come to Detroit with a great defense, so while we considered stacking Mark Andrews with Jackson, it made sense to get our Lions share with Hockenson at the tight end spot. He’s taken a step up in consistency in his second year in the league, and Houston is only about league average when it comes to stopping TEs.

Brown is boom-or-bust, and when Jackson struggles, it’s more often bust for Brown. But since we’re relying on Jackson in this tournament lineup, it makes sense to double down and hope for a boom game from Brown against Pittsburgh. As usual with Hollywood, it really only takes one.

Washington has averaged 3.2 sacks per game this season, and we’ll be counting on the WFT getting Andy Dalton to the ground at least three times to make this play work out. Part of picking a D/ST on this slate will basically be picking the defense that’s facing the fewest players you rostered. Since we faded the Cowboys here, it made sense to use the Washington D/ST.