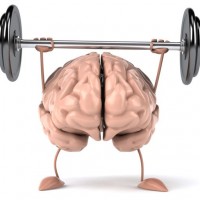 
Statistics are a major part of sports. But do keeping track of statistics actually benefit performance? Many coaches incorporate stats as a way to determine how athletes are performing. Also, athletes may keep track of their stats in order to compare to previous performances or to see where they are at with their current goals. If you are a coach who wants to motivate your athletes to practice “harder” (i.e., efficiently and adequately) or an athlete who wants to improve competition performance, keep reading to see how keeping stats might enhance performance.

Goal setting or tracking stats on a sports team has been examined in sport psychology research. Specifically, Palao (2016) conducted a study, which included an educational training on the use of game statistics and players’ perception of using game statistics, with 12 female community college volleyball players and five coaches who attended a Midwestern university. The educational training intervention was conducted by the researchers during the preseason and the follow-up was during the competitive season. During the intervention participants learned how to monitor their actions and set productive goals. Individual goals were based on last year’s performance and there was a team poster for collective goal setting. Specifically, in regards to tracking statistics the players were taught how to evaluate their skills in practice and how to process statistic information from their matches. Moreover, reference values (i.e., number of blocks, attacks, serves for each player) were established based on their previous season stats, other teams in their conferences stats and the teams that attended the National Championship stats. The coaches monitored the team’s goal throughout the season but did not force their athletes to utilize the training during the season. The researchers utilized interviews and surveys to measure the perception, knowledge and effectiveness of the educational training.

Results from participants’ survey responses indicated that the intervention was helpful and the athletes’ perception on the importance of game statistics was significantly increased after the intervention.  The participant’s interview responses in regards to the educational training revealed three themes. The first theme based on participants’ responses demonstrated an increase in knowledge of how to understand, interpret and utilize game statistics as part of their daily training. Similarly, the second theme was that the training increased the athletes’ desire to work harder, and one of the participants found it beneficial to help her compete. Also, in regards to the team poster (collective goal setting) some of the participants thought it was a way to bond with their teammates. Lastly, the third theme included comments that the training increased their ability to utilize goal setting effectively; one participant stated, “it makes me focus on the right thing during practice” (Palao, 2016, p. 32).

This study sheds some light on the perception statistics have with a college athletic program and the effectiveness calculating stats may have on focusing goals or increasing motivation to practice. One thing well known in the sport psychology literature is that keeping track and having measureable goals (i.e., numbers) is beneficial to maintaining motivation and prolonging effort. Therefore, coaches and athletes can write down/track their performances as a way to establish goals (e.g., technical or tactical) to help monitor their performance and to modify their goals based on their progress. If you have any questions about mental skills or are interested in working with a mental performance coach, please contact Western Washington University’s Center for Performance Excellence (CPE@wwu.edu).