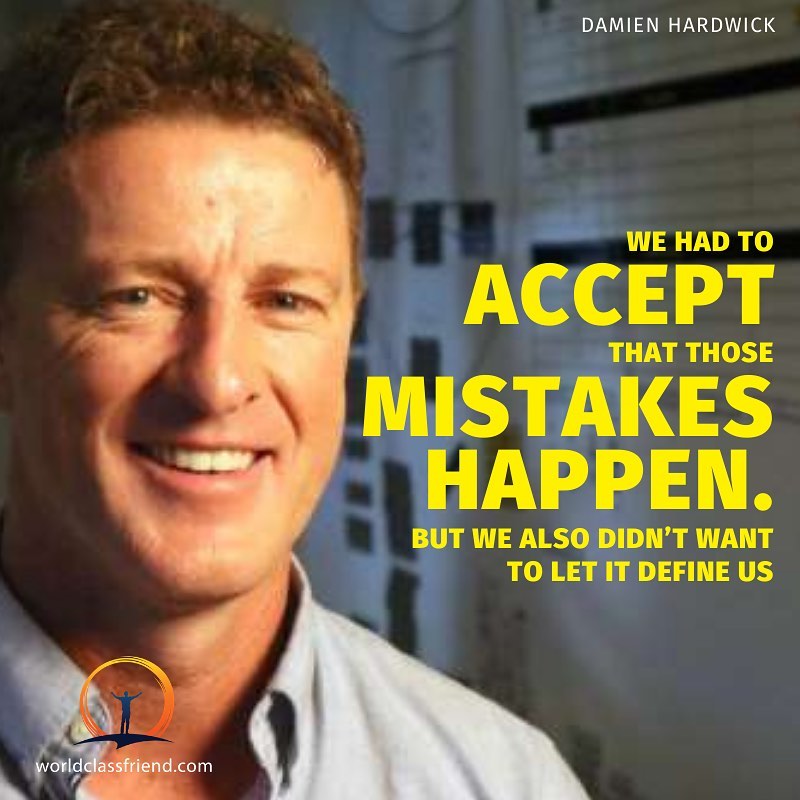 Richmond officials are the first to admit that there were mistakes made this year, but they refused to buckle under the weight of attention and criticism that those errors brought to them.

EVERYONE makes mistakes. But those mistakes will only define you if you let them.

I love how the late American basketball coach John Wooden put it:

Mistakes may earn you a reputation in the short term, but in the words of Neale Daniher:

“We are defined by our character – the combination of morals and beliefs that dictate how we treat other people and the planet, and how we take responsibility for our actions.”

How are you showing up each and every day?
What is the combination of morals and beliefs and values and behaviours that you operate by?

Over time, that’s how you’ll be defined, rather than by any mistakes that lead to a short term reputation.