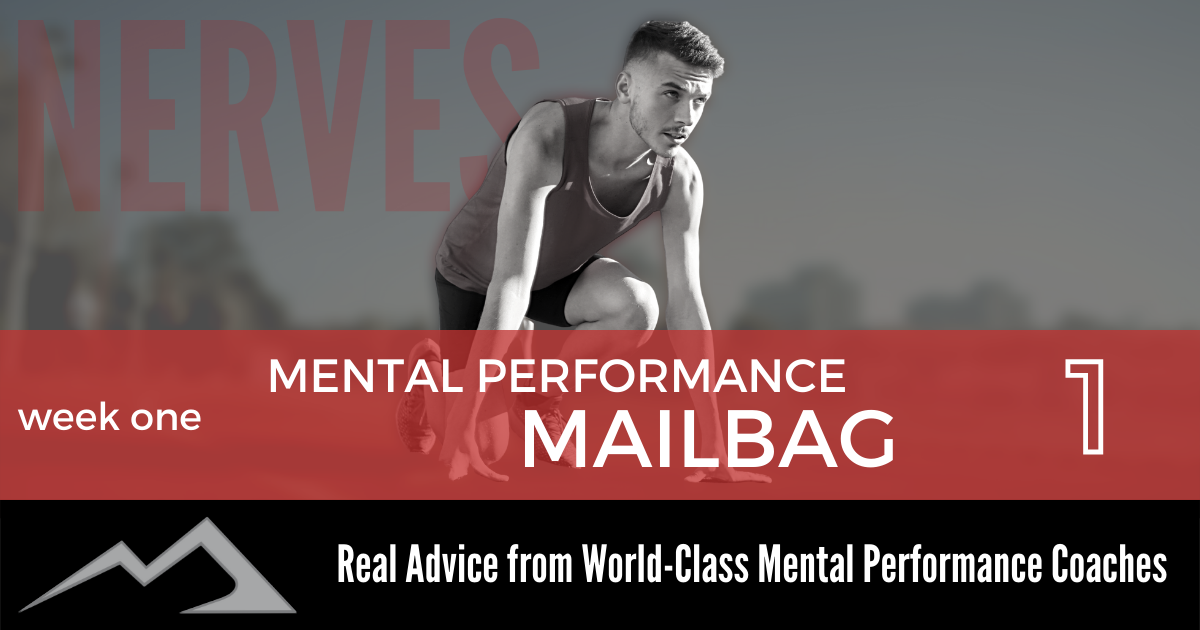 
We all know that competing in sports is much more than just Xs and Os on the field. Regardless of age, level, or experience, we’ve all dealt with the mental side of the game and the struggles and difficulties that it brings.

We also know that the mental side of sport is often more difficult than the physical side.

You’ve made a free throw hundreds of times in practice but sinking that shot with the game on the line may seem near impossible.

You may have the best serve in the entire state, but for some reason, your arm feels like it weighs 1,000 pounds when serving in a match.

That simple throw from second base to first suddenly becomes terrifying when there are hundreds of eyes on you.

The mental side of sport impacts everyone, there’s no escaping it.  The good news?  Just like improving a free throw or serve, there are ways to sharpen your mental skills to increase performance and wellbeing on the court, field, or rink when things get difficult.

Each week we’ll be posing a question about the mental side of sport that relates to athletes of all levels. We’ll take each response and provide advice from our world-class sport psychologists and mental performance coaches.

This week’s question: What makes you most nervous to compete?

Response: I get nervous dealing with personal expectations.

Dr. Erin Ayala: The second we start focusing on failure and the outcome of a competition or performance is the second that we start losing focus on what you should be doing in the moment. When our mind jumps from 0 to 100 and starts thinking about what we should be or could be doing, it puts pressure on ourselves and is when we stop focusing on the process itself. That’s when we lose control over that outcome.

One of my favorite quotes is from the book Mind Gym and it goes “the probability of achieving the outcome increases when you let go of the desire to have it.” It’s the irony of, the harder we try and the more we put on ourselves, the less likely we are to achieve those outcomes because we’re so distracted by the consequences.

One thing that you can do when you know you have those expectations is to remind yourself, what should I be focusing on in the moment? For example, I had a golfer who was really focusing on his swing and had the yips and his focus cue was tempo. He focused on the tempo of his swing. He had his routine of getting up to the hole, getting in a few practice swings, and then he would say ‘tempo’ to himself when he was swinging. A swimmer might remind herself to ‘swim tall’ so she can get as much length as possible out of her stroke. The simpler and the less technical, the better. The more neutral, the better. You don’t want to say to yourself ‘I feel great today’ if you’re nervous and have those expectations, because you’re not going to believe it. You have to be realistic and you have to be reasonable. Little tidbits to help you refocus in the moment can be a gamechanger.

Response: Playing against a team that I know that we’re better than and should beat makes me nervous.

Dr. Ben Merkling: A lot of people feel this and it comes down to expectations. Those feelings of, If I don’t beat this person or team, what will people think about me? What does this say about me and my team?

In those moments it’s important to remind yourself that it’s not a dire end-of-the-world situation. There’s a concept that I use to lay this out whenever an athlete is experiencing nervousness or anxiety. If we’re nervous or anxious, it’s because we’re perceiving the situation as a threat. Anxiety is a threat response.

It’s important to ask yourself, Why is this threatening to you? And ask yourself, are these things really life or death? Is this really that significant of an event (in the grand scheme of life)?

What I end up doing is breaking T versus O, Threat vs. Opportunity.

If we’re perceiving the situation to be a threat and were nervous, we can shove that down, or we can override that by reframing how we think about the situation. We can look at it as an opportunity that we can have fun with.

In those moments, ask yourself, what is the threat of playing this team or opponent? Thoughts such as the following might arise.

Following that, reframe the question by asking yourself, what is the opportunity of playing this team or opponent?

Pressure is a privilege and sport psychology shows us that whatever we focus on grows. Don’t focus on the threats, focus on the opportunities. That turns that nervousness into excitement.

Response: I get nervous playing in front of a coach who is really hard on me. I’m just fine when he isn’t watching but when he is I get super tight.

Matt Mikesell: That’s a really well timed question, given that fall sports are on the horizon. It’s a question that comes up fairly often too.

That concept of going from being able to play freely to ‘oh, there’s something else watching and evaluating me’ can be tough. It’s important to be able to acknowledge when that’s happening and why there are some perceived stakes; they’re going to monitor my playing time, they’re going to decide if I travel or not this week, or even if I’m going to make the team. That person holds the means to an outcome and we get really attached to the fact that they control that outcome.

It’s kind of a double-whammy; we’re thinking about both the outcome and then thinking about someone else controlling that outcome. That gets in the way and it’s really difficult to perform that way.

There are a few important things to think about in that situation; shifting things back to what’s under our control and what’s important now in that moment (W.I.N.).

I talk a lot about the A.P.E acronym when it comes to what is under our control; attitude, preparation, and effort. No matter what happens, those things are always under our control. I also like to add a layer to that. Almost every sport has an additional one or two things that can always be in our control in the present moment that are action oriented. For tennis, that could be  footwork, for soccer it could be off-the-ball movement, it could be breathing for many sports. If an athlete focuses on breathing and footwork specifically, their body will take care of the rest rather than getting sucked into what their opponent is doing or the evaluation that the coach is giving.

A lot of times we feel like we need to be perfect because a coach is watching. If you ask a lot of coaches, they’ll say that they don’t expect their athletes to play perfectly. Instead of striving to perform perfectly, which sets us up for failure, strive to respond perfectly to our imperfections so we have a plan when things don’t go our way.

Have a question or topic that you’d like addressed in our weekly mailbag? Email dyoungs@premiersportpsychology.com to send it in!