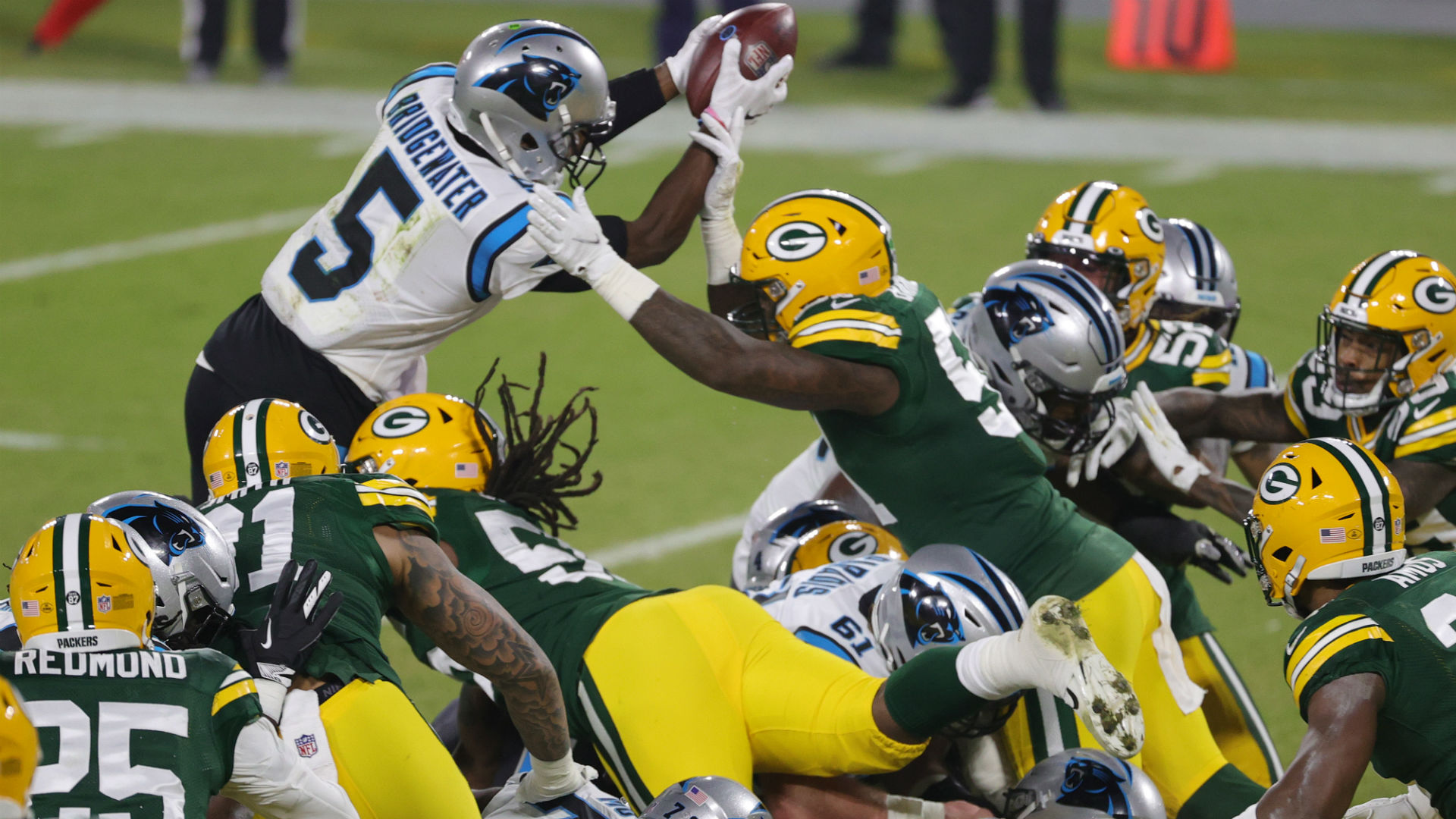 Teddy Bridgewater spent the 2019 NFL season with Drew Brees in New Orleans, and he tried one of Brees’ tricks Saturday night. It didn’t work, though.

Bridgewater attempted to leap over his linemen and reach the football past the plane of the goal line. It’s a play Brees has appeared to perfect for the Saints. The Packers were ready for it, however, and instead of a Panthers touchdown, Green Bay nearly had a fumble-return score.

Already trailing 14-3 in the game, the Panthers lined up for a first-and-goal from the Green Bay 1 in the second quarter. Bridgewater took the snap and attempted to leap forward with both hands on the ball. If the ball had cleared the goal line before it was knocked away, then it would have counted as a touchdown for Carolina.

Instead, linebacker Krys Barnes jumped to meet Bridgewater and knock the ball away. It hadn’t reached the goal line. Packers cornerback Kevin King scooped up the fumble, and it looked for a moment that he could go all the way. He ended up with a 48-yard return.

Bridgewater has run for eight touchdowns in his NFL career. Brees, despite being just 6-0, has used the over-the-top leap to record many of his 25 NFL rushing touchdowns.

Carolina may have played differently at the goal line if Christian McCaffrey was healthy, but the star running back is missing Week 15 with a quad injury. That left Bridgewater to take matters into his own hands, which couldn’t hold onto the ball.

The Packers took advantage of the fumble and extended their lead to 21-3 with an Aaron Jones rushing touchdown. The few inches Bridgewater couldn’t find on his jump wound up making a big difference on the scoreboard. Green Bay held on to win 24-16.