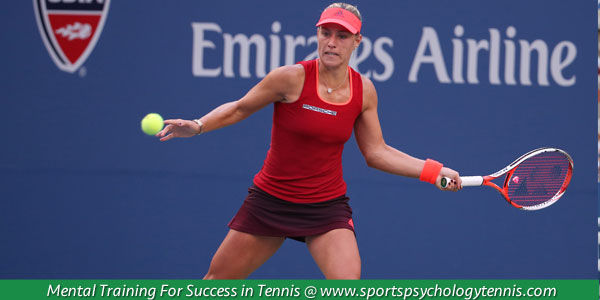 Overcoming The Fear of Losing


Fear of Failure in Tennis

Under what circumstances does the fear of losing dominate your thoughts?

When players become intimidated by their opponents, they develop the expectation of losing.

Here’s a bit of a secret. Every tennis player, at one time or another, has feared losing. It’s just that elite players eventually manage those fears.

In men’s tennis, Roger Federer, Rafael Nadal, and Novak Djokovic have dominated for over a decade. However, Carlos Alcaraz, 18 years of age, is not fearful of playing against the “Big Three.” Alcaraz is not intimated by the Big Three’s number of Grand Slam titles, top rankings, or elite skill sets.

Alcaraz is solely focused on playing his game and improving his skill set. After winning the 2022 Barcelona Open, Alcaraz moved into the Top-10 rankings for the first time. Two weeks after Barcelona, Alcaraz won his fourth title of 2022 at the Madrid Open, defeating Rafael Nadal and Novak Djokovic on his way to the final.

As Alcaraz prepared for the French Open, he commented on his mindset heading into the tournament.

ALCARAZ: “I think I go for every match and every moment. I do not fear anything. I don’t mind if I play against any player in the world.”

Alcaraz doesn’t fear losing; he goes for every point, no matter who he plays. If he loses, Alcaraz remains confident, knowing he put in his best effort. Alcaraz is not afraid of making mistakes. Rather than playing tentatively, Alcaraz plays aggressively.

When you play to win and focus on your game, dealing with the results is more manageable. In addition, playing a top-ranked opponent can lift your game by learning how to handle top competition in the future.

No matter who is on the other side of the net, you are playing an opponent, not their statistics.

Ultimately, you are in control of your destiny. By that, I am not talking about winning but how well YOU perform:

When you play top-level competition, your mindset will either be your best friend or worst enemy.

Tip for Overcoming the Fear of Losing:

To overcome the fear of losing or falling into the intimidation trap, focus on what you can control. You cannot control the strengths of the opposing player. You cannot delete the accomplishments of your opponent.

Before playing a highly-rank opponent, ask yourself, “What can I control in this situation?” “What gives me the best chance to succeed in this match?”

The fear of losing will interfere with your focus and wear you down mentally and physically.

My program is ideal for athletes who want great composure or any coach or parent who wants to teach athletes to harness the power of maximum composure.

Here’s a peek at some of what you’ll learn in The Composed Athlete: