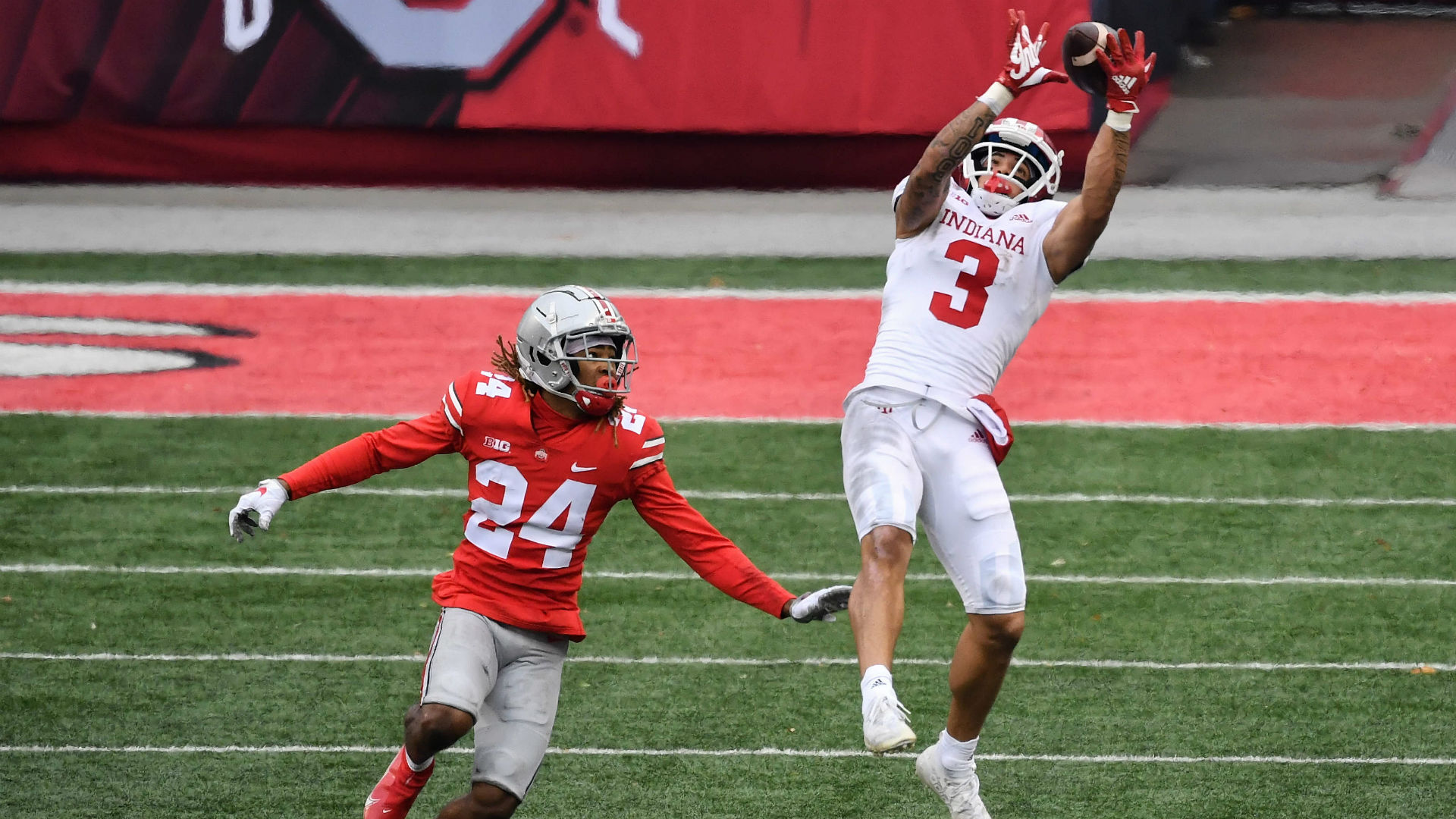 Ohio State runs past Indiana, but one passing question persists No. 3 Ohio State showed it has what’s necessary to win the Big Ten championship.

The Buckeyes used the same all-weather formula to beat yet another ranked Big Ten foe in a 42-35 victory against No. 9 Indiana on Saturday. However, the Hoosiers rallied in the second half and exposed what could be Ohio State’s undoing if it isn’t fixed before the Big Ten championship and College Football Playoff.

Ohio State (4-0, 4-0 Big Ten) can run the ball and stop the run. The Buckeyes can pass, too — but can they stop the pass? It is that simple moving forward. Indiana (4-1, 4-1 Big Ten) left that cliffhanger out there after quarterback Michael Penix Jr. finished 27 of 51 passing for 491 yards and five touchdowns while leading an impressive second-half comeback.

The Hoosiers had opportunities to win the game. Ty Fryfogle (7 catches, 218 yards, three touchdowns) dropped a fourth-and-2 pass in the first quarter. David Ellis fumbled in the red zone in the second quarter. Penix threw a pick-six to Shaun Wade in the third quarter. Indiana can lament missed opportunities and still work toward a potential New Year’s Day 6 berth.

The Buckeyes have national championship aspirations, however, and that path remains open despite the clean-up needed. Heisman Trophy contender Justin Fields (18 of 30, 300 yards, two touchdowns, three interceptions) matched his interception total for his career in the victory. Fields threw two first-quarter picks and took two sacks, but some of those struggles can be attributed to getting away from what worked in the first half.

Ohio State built a 28-7 lead with a dominant running game. Master Teague scored on a 41-yard touchdown run, then added a 2-yard touchdown run on the next possession. Fields spun out of a sack and dashed for a 9-yard touchdown with 17 seconds left in the half. Teague (26 carries, 169 yards), Fields (15 carries, 78 yards) and Trey Sermon (9 carries, 60 yards) led a rushing attack that had 23 rushing attempts for 196 yards by halftime. Ohio State finished with 50 carries for 307 rushing yards.

The lesson? The Buckeyes can win the Big Ten championship with this rushing attack. Indiana, which rushed 16 times for negative yardage, might have been able to steal this top-10 showdown with a better running game.

So, what about the pass defense? That’s going to be the subject of criticism this week. Ohio State allowed six pass plays of 25 yards or more in the victory, including four pass plays of 50 yards or more. Those coverage breakdowns led to 28 second-half points for the Hoosiers.

That might not matter through the rest of the Big Ten regular season against Illinois, Michigan State and Michigan, but the Big Ten West champion — which could be Wisconsin and quarterback Graham Mertz — can expose that. So can the College Football Playoff contenders, which will feature Heisman Trophy-level quarterbacks across the board.

The good news? Ohio State has time to fix that. The defense did shut down the Hoosiers on two potential game-tying drives. The Buckeyes improved to 14-0 against ranked Big Ten teams since second-year coach Ryan Day joined Urban Meyer’s staff as an assistant in 2017. That’s part of an 18-game winning streak against ranked conference opponents since the 17-14 loss to No. 9 Michigan State on Nov. 21, 2015.

Other contenders will follow Indiana’s blueprint with better rushing attacks to support it. Now, it’s on Ohio State to at least slow down the pass if it wants to win its first national championship since 2014.