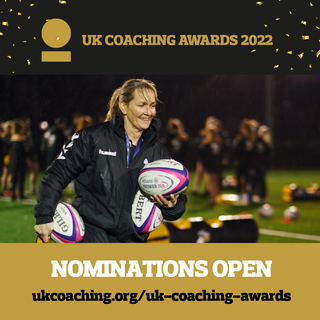 News | 🗞️ UK Coaching is delighted to announce that the nominations for the 25th UK Coaching Awards are now open🎉 It’s never been more important that coaches get the recognition they deserve, and as we jump into a summer of great sport, the UK Coaching Awards highlight the fundamental role coaches play at every level of the sporting spectrum. From tennis in the park to the Wimbledon Championships, the skate park to the Commonwealth Games, grass-roots pitches to the UEFA Women’s Euros, coaches are there, developing and leading their participants forward, helping to make memories. UK Coaching’s CEO Mark Gannon, said: “The UK Coaching Awards is an opportunity to recognise those coaches who live… Daha Fazla