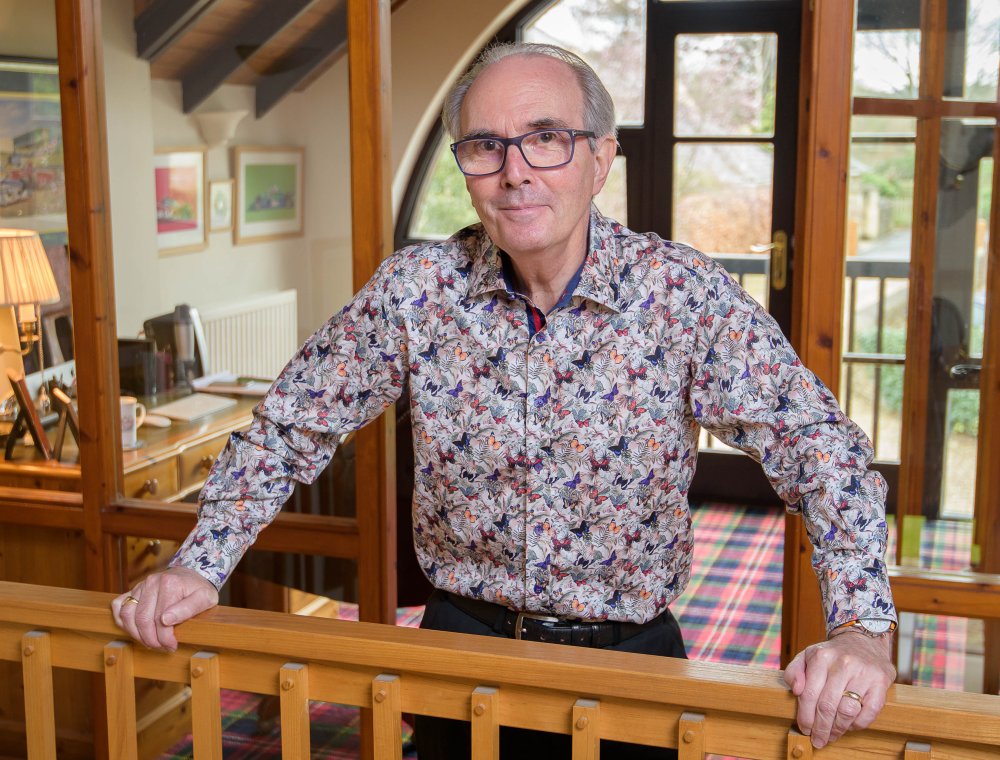 New Book: How to Master Your Monkey Mind

Given the events of the last few months it’s no surprise that anxiety and other mental health problems are skyrocketing all over the world. Yet for those who feel helpless to fight back against this relentless diet of fear and gloom, help is at hand in the form of a new book due out in January 2021: How to Master Your Monkey Mind.

The Monkey Mind is how Chinese Buddhists have long described the nagging voice in our heads that flits from thought to thought, like a monkey swinging from tree to tree in the jungle. It is also the speciality of this book’s author, a very wise man who it has been my pleasure to get to know over the last ten years: Don MacPherson.

Based on the outskirts of the British city of Bath, MacPherson (aka ‘the Monkey Whisperer’) is a mind coach and hypnotherapist who routinely hosts young hopefuls in sports ranging from rugby to snooker – including champions in everything from Formula 1 to Wimbledon. There’s no purple cloak or swinging watch but there is a reclining chair where he puts on soothing music and sets out to tame their Monkeys and put their subconscious minds back on track. Even so, rather than implanting sinister ways of thinking into vulnerable heads, MacPherson insists hypnotherapists tend to be called upon to rectify the effects of a life of hypnosis from another source entirely.

‘Ask my wife Jane to play tennis and she will politely decline,’ MacPherson told me when I spoke to him for In The Zone. ‘She’ll say: “I can’t play tennis! I don’t have an eye for the ball or any hand-eye coordination.” But if you gently pry as to why she holds such a view, she’ll say it must be true because: “Everybody has always told me I am hopeless at tennis.”

‘If you dare to go any further you might enquire who this “everybody” is. You may know a few: mothers, fathers, grandparents, friends, teachers, vicars, politicians, policemen, lawyers, doctors. They are Jane’s “everybody” and probably yours: all are hypnotists who were in action from her first attempt to hit a ball. No doubt she missed or mishit it, at which point I doubt she received much encouragement, more like “Oh dear, it doesn’t look like little Jane has much of an eye for a ball, shame…” from a well-meaning parent who didn’t realise the effect their negative comments can have on a young child hanging onto their every word.

‘Who was next? Other friends, all hypnotists joining in, compounding and confirming Jane is no good at tennis. Unless somebody interrupts this hypnotic trance, she is well on the way to believing it. Finally, whenever tennis is brought up, you will hear her unequivocally state: “I am hopeless at tennis”. This is as close as you can get to self-hypnosis but she has already been a victim of “accidental hypnosis”. It is now so deeply rooted in her subconscious that to shift it she would need a mind expert to try to reprogram her into “can-do” Jane.’

I’m sure we all have similar examples of pursuits we long ago abandoned as far beyond our puny capabilities – whether it’s sport, art, music, languages, maths or anything else. If we were to work our way back through time there would no doubt be a similar cast list of hypnotists. But few of them realise they were ever in our lives at all, just as we live in blissful ignorance of the similar effects we’ve had on countless, faceless others. We now live lives so complex in terms of interactions, from good old face-to-face contact to television, internet and social media, we face a daily onslaught of more swaying watches than Switzerland in an earthquake.

Some situations can make people especially vulnerable to hypnosis, according to MacPherson: ‘You are in your Doctor’s surgery, about to hear the results of some tests,’ he adds. ‘Your conscious mind freezes whenever something important, exciting or scary is happening to you. At this point your GP is a full-blown hypnotist because they now have direct access to your subconscious mind, the real you. So they had better be very careful what they say… because you’re about to become another victim of accidental hypnosis.

‘If it’s bad news your first question is likely to be: “How long have I got?” If the reply is “six months” it is uncanny how accurate this forecast turns out to be. Have the patients been hypnotised, their brains programmed to believe it must be so without question? If the GP clicked his fingers just before giving the results would the patient suddenly cluck like a chicken or sing an Elvis song if they suggested it?’

Something tells me the whole world is under the effects of similar mass hypnosis right now, quivering with fear and clucking like chickens at the slightest suggestion from our all-powerful rulers.

Now MacPherson is promising to give us everything we need to take back control, thanks to ‘ten simple tools to tune your brain.’ These are likely to include many of the mind secrets he has used with the stars over the years, everything from meditation and visualisation to ‘Zen Breathing’ which slows the heart rate with a simple deep breath, exhaling for longer than we inhale.

This is the one toolbox we all need right now. So if you are heartily sick of 2020 and you fancy starting 2021 afresh I can only urge you to pre-order MacPherson’s book and prepare to start mastering your Monkey Mind.