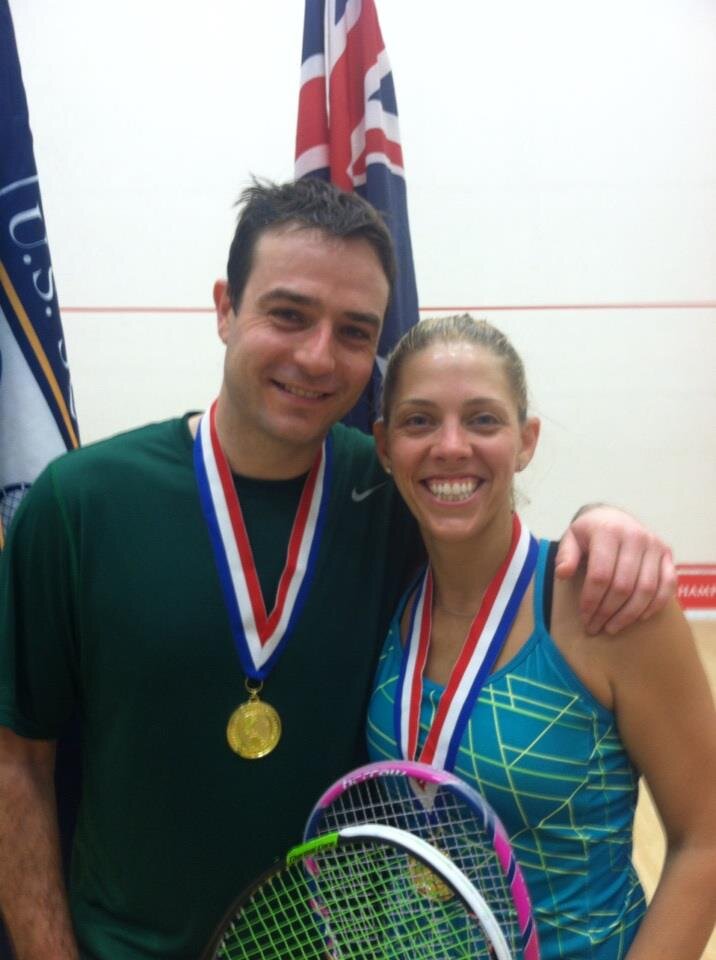 Narelle Krizek & The Heart of a Coach — Altius Performance Works


Narelle Krizek, currently the assistant director of US Squash’s Arlen Specter Center, made an interesting choice when talking to me about a significant match in her life.  Rather than speaking of her Junior World Championship or her Women’s World Doubles title, two supreme highlights for an athlete’s resume, she chose to discuss her 2013 Mixed Doubles World Championship which she won with fellow Australian Paul Price.  Narelle talked about the tremendous privilege of being the doubles partner of such a talented and confident player.  In fact, in relating the experience of the match and her dynamic with Paul Price, Narelle was also talking about the ideal relationship between coach and student, ideals which form her fundamental values as a coach.  Paul did this for Narelle in the following ways:

Creating Comfort.  Narelle reported that though Paul had a somewhat gruff reputation on tour, his demeanor with her was “gentle, positive, and reassuring.”  Because of these traits, which greatly emboldened her confidence, she was able to “relax and just play my game.  It was the most comfortable I ever felt.”  As she evolved into coaching, and into the parent of athletes, she too has taken on this task of creating comfort for her players and kids.  We know how important this is because, so often, parents and coaches create discomfort for their players by communicating in harsh tones, voicing disappointment, harping on opportunities missed, and inducing shame.

Fun.  Being comfortable creates the space whereby fun can be had.  Narelle stated, “even though I was dead exhausted from the other matches, I was able to just sit back and have fun in the final.  It was so much fun.”  Wouldn’t this be the ideal outcome?  To be able to be comfortable enough to play your best squash, and to savor the moment?  For sure, that’s winning.

Infusion.  One of the most powerful aspects of this match, and the element that cemented her style of coaching, was Paul Price’s ability to infuse her with several crucial building blocks of peak performance, components that allowed her best self to emerge.  They are:

Trust: Narelle cited Paul’s trust in her as critical to her success.  While she had one of the better reverse corners in the draw, Paul’s trust in it bolstered hers, encouraging her to hit it often, and in doing so, he licensed her best self, gave it the green light.  He said things like, “we need your reverse.  You have the best reverse in the tournament.  Hit it often.  All will be well.”  Even when she hit it and it didn’t produce results, he encouraged her, saying, “it’s OK.  That was the right shot.  Keep it up.”  By removing doubt in her, she was able to play from that trusting place that always produces good results and fun.

Confidence: An offshoot of trust is confidence.  Paul continued to enthuse Narelle with confidence, and, of course, he exuded confidence himself given his own place in the game.  It’s as if he gave some of his talent to her, supporting her, reminding her of her own strengths.  He modeled confidence.  This is what confidence looks like, and you can have some too, he was saying in his body language, in his words, in everything.

Positivity and Calm: Paul breathed positivity and calm.  In doing so, Narelle breathed it in.  These attributes seem to stem from confidence and talent, but they are also stances, mindsets.  They communicate that, no matter what, all will be well.  Paradoxically, this stance has already accepted the possibility of defeat, and so all of the fear of losing is gone.  All that remains is the fun of the chase.

I was not surprised that she chose this match, given how much it contributed to her coaching career.  This is the place she coaches from.  She recognizes that when a player comes off court, her job is to create comfort, knowing that the conversation between player and coach can go one of two ways: 1) the coach’s disappointment and anxiety can come through, adding to the player’s strain, shame, and lack of confidence; or, 2) the coach can infuse the player with the trust, confidence, and calm to execute a game plan, to know and enjoy one’s strengths, and to have fun.  If you’re a coach, parent, boss or mentor, choose option 2 every time.