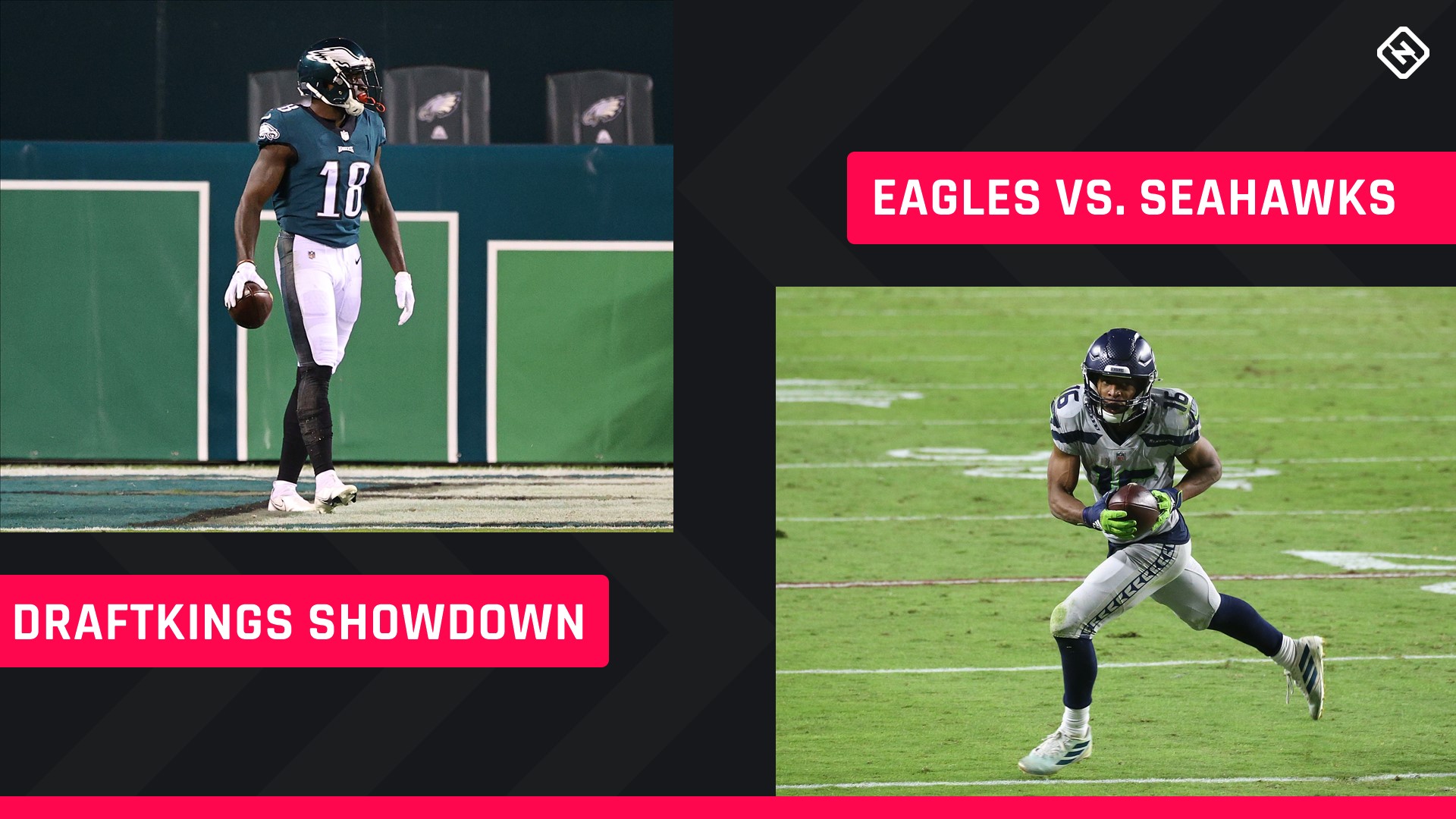 Eagles vs. Seahawks could be the coming out party for Jalen Hurts, according to reports, but that doesn’t make our task of constructing a Monday Night Football DraftKings Showdown lineup easier. Seattle has allowed the most passing yards in the NFL, but it’s hard to trust Carson Wentz or Hurts in DFS when their playing time is up in the air.

That means we’ll rely on some of the pass-catchers on Philadelphia while loading up on Seattle’s best players in what could turn into a shootout if the Eagles got competent QB play from someone. Normally, it’s hard to fit Russell Wilson, DK Metcalf and Tyler Lockett all in the same Showdown lineup, but we’ve managed that here.

Like we said above, the Seahawks have allowed the most passing yards in football entering Week 12. That makes playing the speedy Reagor an especially tasty proposition. If there was ever a defense that the rookie was going to get behind three or four times, it would be this one.

Wilson hasn’t been as good of late after his MVP-level start to the season, but he’s still one of the league’s best quarterbacks playing with a top receiver duo against a shaky secondary. Expect big things out of Wilson under the lights on Monday night.

Normally, my inclination is to play Metcalf and not Lockett. It’s just hard to fade such a physical speciman like Metcalf as he figures out how to dominate the NFL right before our eyes. Thankfully, we can get Lockett in for this game, too, but the general trend here will usually be to have at least Metcalf.

We’ve been burned by Lockett in a couple of prime-time games this year, so we’re not going to let that happen again. He’s Wilson’s most trusty target on short and down-field passes, and Russ has been throwing to Lockett in the end zone enough this year to give him huge upside.

Ward’s snap counts have still been solid even as Philadelphia has begun to get healthier. He’s going to serve as a possession receiver as usual in this one, which is nice in DK’s PPR scoring. It’s even better this week because the Seattle secondary might leave Ward more open than usual.

Scott’s price has fallen after Miles Sanders returned, but Scott still played 40 percent of offensive snaps in Week 11. That led to eight touches, and Scott provides the best touch floor of a player at this extreme value on this slate.