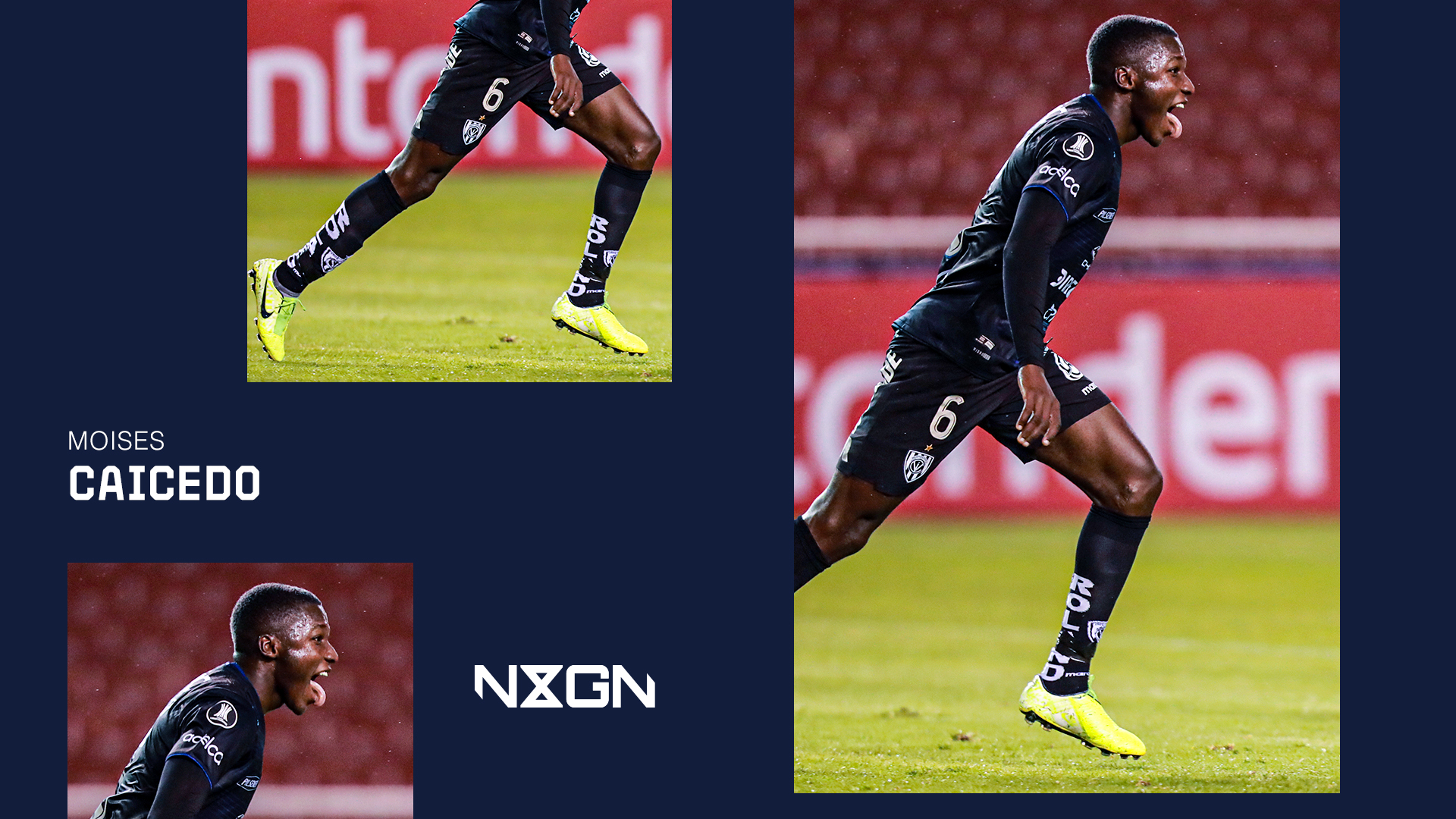 
No matter what happens in the long years ahead for Moises Caicedo in professional football, there is one unique record that will remain his forever.

On October 13, Ecuador’s prodigious, all-action midfielder rose highest in the Uruguay box to head his side into the lead after just 15 minutes of the nations’ World Cup qualifying clash.

In the process, he became the Tricolor’s youngest-ever scorer in the competition – and the first player born in the 21st century to net in the fiercely competitive CONMEBOL tournament.

Three assists in November’s two qualifiers followed for Caicedo, firmly establishing him as an indispensable part of an Ecuador side desperate to reclaim their place in the World Cup after missing out in the last two finals.

With almost two full seasons under his belt for Independiente del Valle despite only having only turned 19 at the start of November, Caicedo looks to have the world at its feet, standing out as one of the brightest hopes in an Ecuador side which has flattered to deceive for years since their last World Cup outing in Brazil.

A native of bustling Santo Domingo, located just over 100km from capital Quito, Caicedo grew up alongside his nine siblings in one of the city’s more humble peripheral neighbourhoods.

“It was very calm, really,” he explained to the Copa Libertadores’ official website in October. “But it was also a bit dangerous because there were gangs. It was my fate to live there, there was no money to move out to another place.”

Growing up, ‘Moi’ idolised Antonio Valencia of Ecuador and Manchester United fame – “He tried very hard, like I’m doing now” – and honed his trade in the streets of Santo Domingo.

“I played football with older kids. I played with my brother’s friends who made me cry because they used to kick me hard,” he joked.

It was not long until his obvious talents were noticed, though, and at the age of 13, Quito’s Independiente del Valle swooped to incorporate Caicedo into their youth ranks.

In 2019, at the age of 17, Independiente’s daring new Spanish coach Miguel Angel Ramirez – who had previously trained Caicedo at youth level – brought him into the first-team, where he formed part of the side that lifted the Copa Sudamericana at the expense of Colon to mark the club’s first-ever continental title.

It was in 2020, however, that Caicedo really started to turn heads.

The year began with a starring role in Independiente’s triumphant Under-20 Libertadores run, with the midfielder popping up to net a crucial last-minute equaliser against Brazilian giants Flamengo in the semi-finals to keep his side in the competition.

His debut in the senior Libertadores followed shortly after, and in his second appearance off the bench Caicedo needed just eight minutes to hit a stunning long-range goal at the expense of Junior.

Even better was to come post-lockdown in September as he put in a virtuoso display and as well as netting the opening goal against none other than defending champions Flamengo, who were destroyed 5-0 in one of the worst defeats in the Rio club’s history.

Qualification to the Copa last 16 and his first call-up for Ecuador followed for the teenager, who can barely believe his meteoric rise to become his country’s newest wonderkid and the face of a generation.

“I’ll tell you the truth, I dreamed about this, being a footballer, playing in Independiente del Valle,” Caicedo admitted to the Libertadores website. “I never dreamed of being in the national team at 18.”

His coach, though, is less surprised.

“Moises understands the game, he has grown a lot in his understanding since he came to the first team,” Ramirez, who has overseen the creation of a young, dynamic side at Independiente, told Marca.

“He has a great first touch and good control, which helps him keep the game moving.”

Paul Pogba and N’Golo Kante are two of Caicedo’s current role models on the pitch – “Kante is a player who always fights for his team… Pogba has a playing style which I like a lot” – and he combines aspects of both in his tireless box-to-box running and intelligent use of the ball.

His long-term future, however, may well lie in a less central role, with Independiente having seen fine results since moving him out of the engine room and onto the outside of a midfield three, where he can best utilise his pace and explosive bursts into the box.

And while goal-scoring may not be his strongest aspect, it is a side that is improving at a startling rate, particularly in variety; from long-range screamers to towering headers at set-pieces, there is plenty in Moi’s repertoire he can call upon.

With regards to where Caicedo sees his future, the prospect of following the example of Valencia weighs heavy.

“My dream is to arrive at Manchester United,” he told Mundo Deportivo in May. “I like English football a lot because it is a quick style of football.”

Time will tell whether the teenager makes an immediate jump to European football in the coming transfer windows, or else chooses to continue honing his talent closer to home; either at Independiente or, like fellow Ecuador promise and ex-team-mate Alan Franco, at one of Brazil’s heavyweights.

What is clear that his potential seems limitless, and that if Caicedo continues to star in the remaining Libertadores rounds as Independiente seek a repeat of their incredible run to the final of 2016, he will have plenty of options when it comes to making that crucial next move.