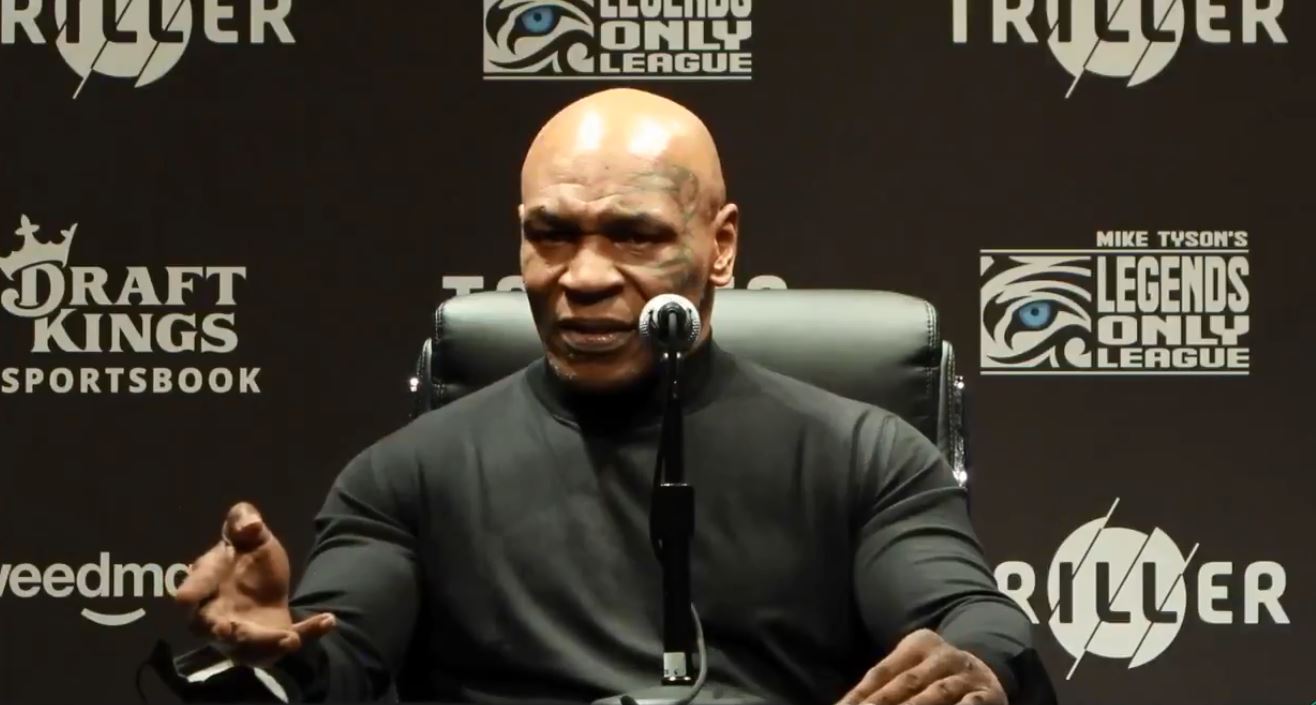 Mike Tyson has revealed that he smoked a joint before his fight with Roy Jones Jr.

The two all-time greats met in an exhibition fight Saturday night in Los Angeles, and while it wasn’t scored by the commission, WBC guest judges had it as a draw.

At 54, Tyson showed glimpses of his destructive former self in the ring, while Jones had a few bright moments as well.

Speaking after the fight, a philosophical Tyson spoke about his personal growth and fondness for marijuana.

When asked whether he indulged before his first bout in 15 years: “Yeah, absolutely.”

“I smoke every day, I never stop smoking. It’s just who I am. It has no effect on me from a negative standpoint. It’s just what I do and who I am and how I’m gonna die.”

As well as hosting a cannabis-themed podcast, “Hotboxin’,” Tyson has built an empire around the stuff, reportedly turning over about $1 million per month thanks to a weed farm.

Having reportedly dropped close to 50 kilos (110 pounds) to get in shape for the meeting with Jones, Tyson said he was keen to keep fighting in order to raise more money for charity.

“This is not who that is right now. He was a platform to become me.”

Tyson added he didn’t like who he was a person and didn’t want to be “fat Mike” or “cokehead Mike” again.

As far as fighting goes, the former undisputed heavyweight champ put in a pretty slick showing for a man of his vintage, saying ideally he’ll fight in exhibitions “once every two months.”

“I’m happy I’m not knocked out or anything, I’ll say I’ll be better the next one,” he said.

“I’ll never call a fighter a bum again. I took my youth for granted. This event made me find out what I’m really made of because they (his trainers) really beat me to death.”

Jones, having felt the famous power of Tyson first-hand, was impressed with the conditioning of his opponent.

“Mike could fight anybody if he stays in shape like he’s doing now,” Jones said. “It surprised me that he was able to go them eight rounds like that.

Tyson said training to go the distance was a focus of his preparation.

“I’m training for duration now. I used to always be interested in the quick kill and at 54 I found that I didn’t know nothing when I was champ, that was just youth,” he said. “My body feels splendid, I want to beat it up some more.”