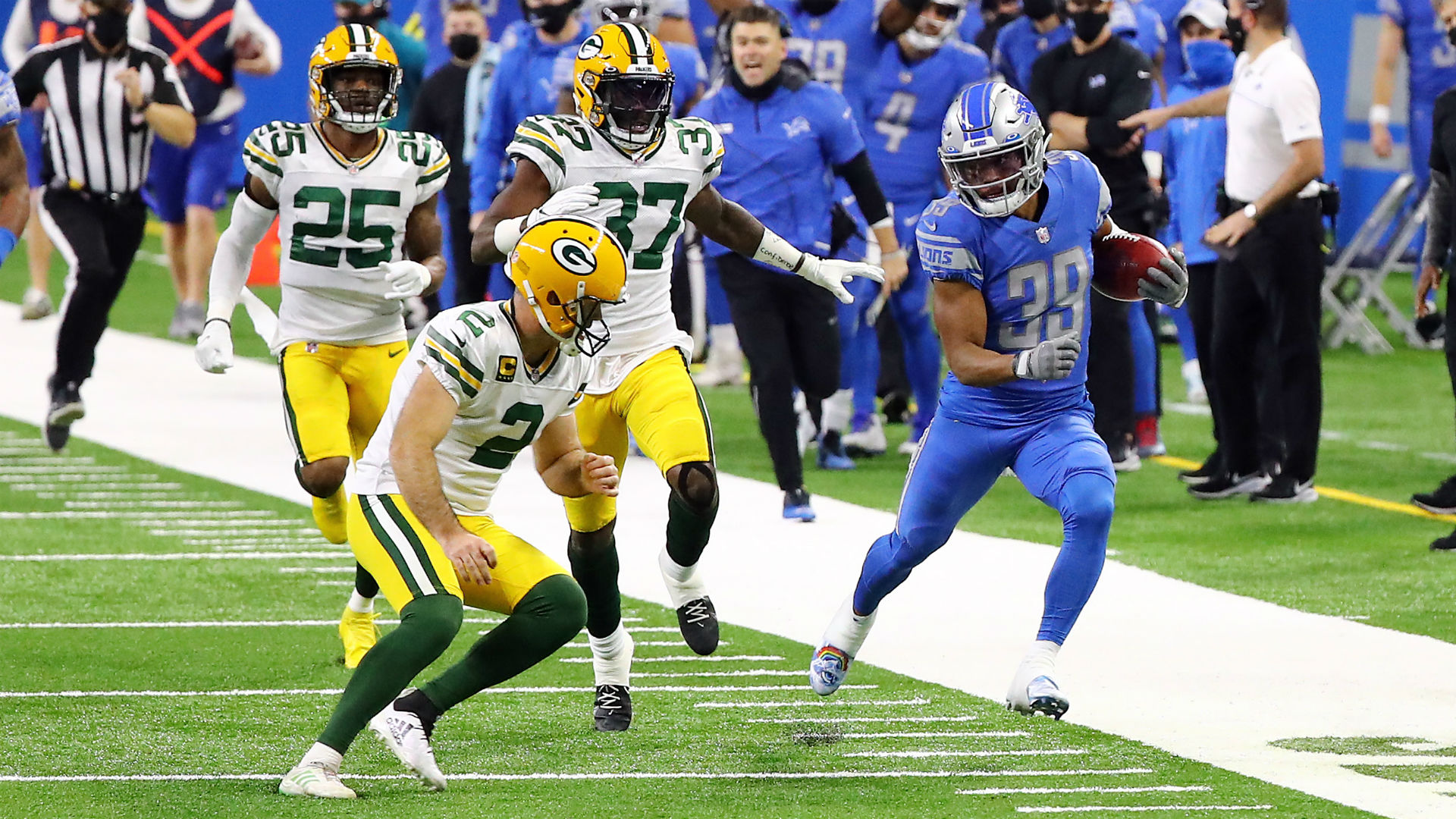 NFL kick returners know that getting past 10 men usually means it’s time to prepare a touchdown celebration because the last hurdle is always the kicker. They key word there is “usually.”

During the fourth quarter of Sunday’s game between the Lions and Packers, Detroit return man Jamal Agnew found an opening down the sideline and had the end zone in his sights. Unfortunately for Agnew, Green Bay kicker Mason Crosby pursued him at a good enough angle to force him out of bounds just shy of the 30-yard line.

WEEK 15 PICKS: Straight up | Against the spread

Good news: The 71-yard sprint was Agnew’s longest kickoff return since last season. Bad news: He has to pay a fine for getting tackled by a kicker.

“[Agnew’s return] was good to see,” Lions special teams coordinator Brayden Coombs said Tuesday during a conference call (via the Detroit Free Press). “I wish we could’ve finished it. Ag will have to put a couple dollars in the swear jar this week. We don’t get tackled by kickers and punters here. He’ll have to pony up there.

“But it was good to see him make a play. Sometimes those things come in bunches, so hopefully that opens the floodgates for us.”

The strong field position led to a short drive that ended in a Lions field goal, cutting the Packers’ lead to seven. Detroit was unable to recover the ensuing onside kick, though, and Green Bay ran out the clock to secure a 31-24 victory.

Despite the loss, Coombs was encouraged by Agnew’s return and the overall performance of the special teams unit.

“Obviously, we’ve been looking for one of those, felt like we were close and just a matter of bringing it all the way through,” Coombs said. “Obviously, Agnew is electric; he’s a playmaker. Any time he has the ball in his hands, we all know he has a chance to make something happen.

And Agnew would’ve reached the end zone if that meddling kicker hadn’t gotten in the way!