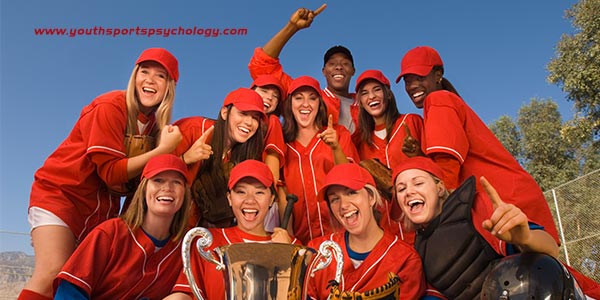 
Why You Should Keep Score in Youth Sports

Teams can keep score, even when kids are young, and the players will still have fun and learn physical and mental game skills.

That was the message from former Walt Disney Studios executive Sasha Graham, a sports mom, former youth sports coach and author of “Whitney Wins Everything” during a recent interview with our Ultimate Sports Parent podcast.

Graham believes it’s important to keep score, even when players are young. The kids are going to keep score, anyway, she says. And avoiding keeping score tells kids they’re too fragile to lose, argues the sports mom to three children. Instead, they should learn how to cope with failure and losses.

“We have this idea a lot of times, with 4- to 8-year-olds, we will diminish the kids’ enjoyment by keeping score,” she says.

But she learned an important lesson as a coach. When teams don’t keep score, kids are less likely to work together as a team toward a common goal of winning. For example, they are less likely to focus on making assists in soccer. Instead, they’ll want to score goals. “Everything gets reduced to individual accomplishments,” she says.

Instead of avoiding keeping score, coaches and parents should focus on helping young athletes cope with mistakes and losses. Losing teaches kids to respond to disappointment with perseverance, she says.

“You can want to win with every fiber of your being, but it doesn’t mean you can’t be a graceful loser,” says Graham.

Here at the Ultimate Sports Parent, we suggest a number of strategies for helping kids cope with losses.

Young athletes can also try the three Rs of refocusing after making mistakes.

First of all, they should recognize that they’re distracted by the mistake. Second, they should regroup by telling themselves to get ready for the next play. Third, they should point their attention back to execution. This doesn’t happen instantly; kids need to practice refocusing techniques.

For kids, learning how to move on after mistakes or losses is just one of the many benefits of playing sports.

“Sports are one of those wonderful places where you can play things out in a very structured way. You can play with ferocity and everyone is friends after the game. You learn how to win and how to lose,” says Graham.

Listen to the Podcast Below: