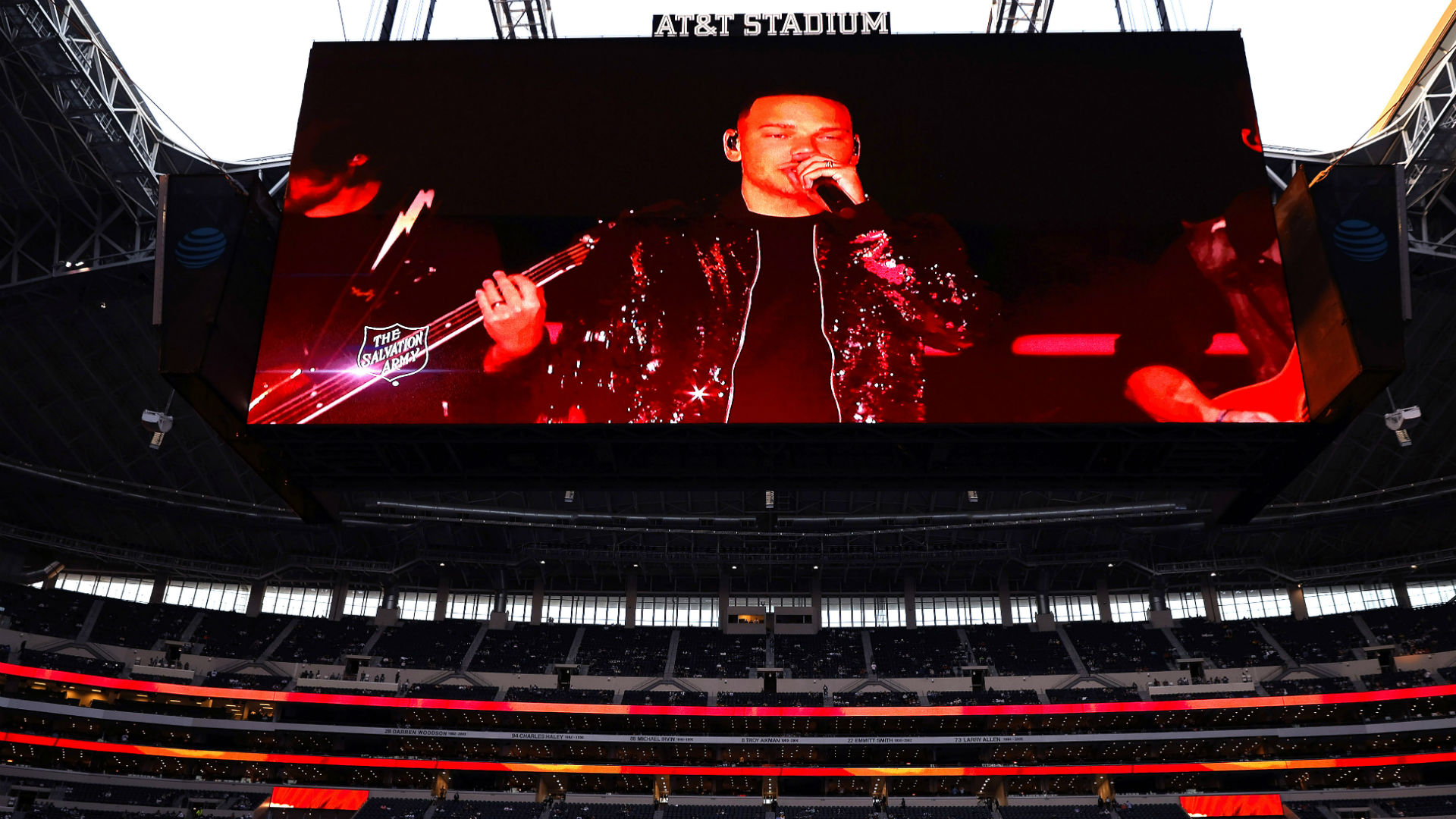 Kane Brown’s halftime show presented during the Cowboys vs. Washington Football Team Thanksgiving matchup had people feeling all sorts of emotions: anger, confusion, disorientation and sensory overload. If your fifth helping of food on Thanksgiving didn’t make you feel nauseous, then the show certainly did. It was an assault on the senses.

That’s because there was a lot happening during the show, with a drum line, over-the-top flashing lights and video boards all making appearances for … no one, considering that Brown — who recently won an American Music Award for favorite male country artist — recorded the performance earlier in the month.

No on-field entertainment is allowed due to COVID-19. So for anyone wondering the scene inside AT&T Stadium for this Kane Brown halftime show. pic.twitter.com/oHkmpbxyRx

The recording was played over the obscenely expensive Jerrytron 5000 in AT&T Stadium. For viewers at home, the show was brutal to watch but OK to listen to, with camera cuts befitting an episode of “WWE Raw” and lights strong enough to turn living rooms into a low-rent nightclubs. Making an appearance alongside Brown was singer Lauren Alaina, with whom Brown performed “What Ifs.”

Seems a bit much to go all out for an audience of no one, but the show was about on par about what you’d expect for an exorbitant NFL halftime show.

Regardless of how you felt about the music, one thing is for sure: Brown’s performance was certainly memorable, and polarizing.