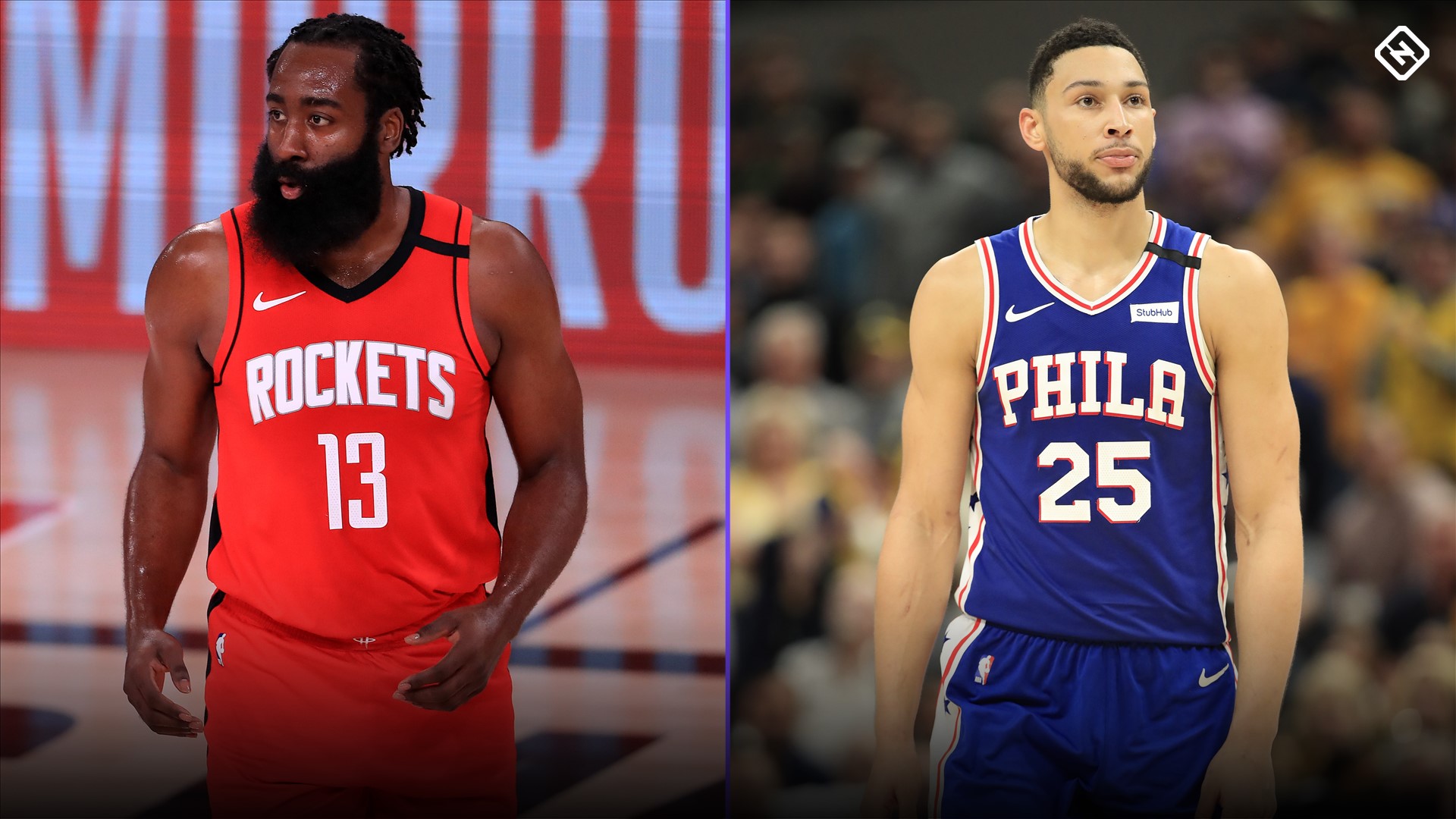 The 76ers don’t want to include Ben Simmons or Joel Embiid in trades, according to ESPN’s Adrian Wojnarowski, including for James Harden. It makes sense to protect Embiid, the face of “The Process,” at all costs. But holding out on dealing Simmons could be the difference between whether Harden ends up in the City of Brotherly Love.

New Philadelphia general manager Daryl Morey acquired Harden once before, when he was the GM in Houston. It’s one of the reasons why Harden’s reported desire to leave the Rockets has some fingers pointing toward the 76ers. ESPN has reported that the 76ers are one of two primary destinations Houston has spoken with, along with the Nets, while NBA reporter Yaron Weitzman reported Monday morning that the Rockets have asked for Simmons and three first-round picks for Harden.

Thus far, the Sixers haven’t budged on dealing Simmons, and there are ways to get a deal done financially for Harden without moving Simmons. It’s a lot harder to see how the talent matches up in a deal that would have to be centered around Tobias Harris, though.

Economics of James Harden to 76ers

The NBA requires salaries to be kept in relatively equal order during trades, requiring one team to not surpass 125 percent of the other’s moving money in a deal. Harden’s $41.2 million salary for 2020-21 makes moving him tricky, because it can’t just be for young players on cheap contracts.

The 76ers have three players making more than $29 million this season: Harris ($34.3 million), Simmons ($30.5 million) and Embiid ($29.5 million). With Danny Green ($15.3 million) and Seth Curry ($7.8 million) the next closest, there’s no path to getting such a deal done without one of that big three. Since Philadelphia is reportedly not open to dealing Simmons or Embiid, that leaves Harris.

Harden and Harris’ salaries are such that they actually work as a straight-up trade. Since Harden is a top-10 player in the NBA and Harris isn’t, such a deal would require draft capital and/or young talent (maybe Matisse Thybulle, for starters) moving to Houston with Harris.

If the 76ers back off and choose to deal Simmons, there’d need to be additional salary heading to the Rockets, potentially in the form of Curry or Mike Scott. That’d mostly be filler, though, with Houston reportedly wanting major draft picks, too.

In this case, because the Sixers have such big salaries at the top, the money aspect of a deal for Harden is the simple part.

The hard part in this case is matching up talent. The Rockets aren’t yet totally backed into a corner. Harden showed up at training camp and should be ready for the regular season. But this could soon turn into a situation like Anthony Davis in New Orleans, where everyone knows a player wants out and no one is happy.

That outlook could force the Rockets to trade Harden for less than he’s worth, but they won’t be quick to make such a trade with two years (and a player option) remaining on Harden’s contract. Trading Harden for a package that doesn’t include Simmons risks setting Houston back in a major way after already moving Russell Westbrook for John Wall.

While basketball’s analytical stats don’t always account for defense (which is Harden’s weaker side), Harden has led the NBA in win shares each of the past four seasons. Regardless of whether his style of drawing fouls and shooting stepback 3s is aesthetically pleasing, it’s remarkably productive. He’s now averaged more than 30 points per game in three consecutive seasons, too.

Simmons is a unique talent, a 6-10 forward capable of playing legitimate point guard. Think a poor man’s LeBron James who shoots (poorly) with his left hand. But he hasn’t always fit in perfectly with Embiid, because both are at their best getting into the paint.

Harris, while a good player at both ends of the floor, isn’t in either of their leagues. He got a max contract because that’s the going rate for standout two-way players in the modern NBA, but it’s not reflective of him being a worthy return for Harden. You have to combine Harris’ past three seasons of win shares to top the win shares Harden had in just 2019-20.

And if the Rockets really want three first-rounders with Simmons for Harden, imagine the draft picks they’d want back if the trade took a step down to Harris as the returning centerpiece. Philadelphia would set back its future for the next decade to make Harris a worthy enough return, and even then Houston might rather ride out the bumpy waters with its superstar.

Harden for Simmons is a start, no matter how NBA fans feel about either’s skillset. But if Philadelphia isn’t willing to even reach that starting line, it’s tough to see a deal getting done.