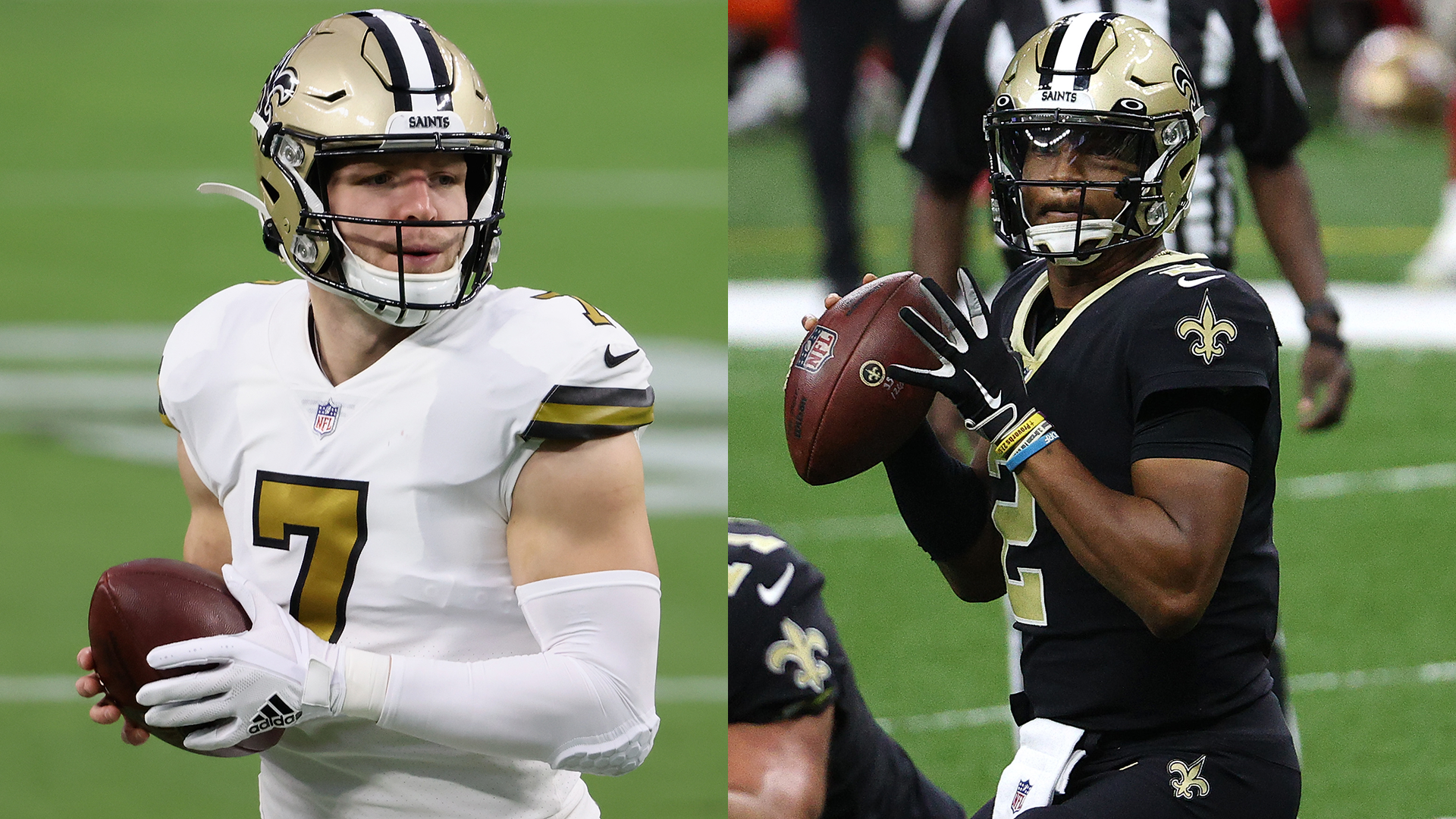 
Saints quarterback Drew Brees is expected to miss time after suffering a rib injury in Sunday’s game against the 49ers.

#Saints QB Drew Brees suffered a rib contusion in yesterday’s game, and he’ll have an MRI for cartilage damage today. But sources tell me and @TomPelissero that New Orleans is bracing for Brees to miss some time to fully heal.

It’s not clear how much time Brees will miss, but NFL Media’s report indicates he’ll at least be out for one game, and potentially more. This then opens up the question of who will replace Brees moving forward. We saw both Jameis Winston and Taysom Hill take some snaps in Sunday’s game when Brees exited, but will the game plan change at all now that the team has a full week of preperation?

For starters, let’s break down the case for each player.

The case for Jameis Winston

Winston is listed as the third quarterback on the Saints’ official depth chart, but he has been active in every game this season. It’s practically unheard of for a team to have three active quarterbacks on gameday, so this clearly indicates the Saints like Winston active in case something happens to Brees.

That’s exactly what happened against the 49ers, and we saw Winston come in and take over most of the quarterback duties. Winston obviously has his problems, and that led to his departure from the Bucs, but he’s still a talented quarterback. He’s one of only seven quarterbacks in NFL history to have 5,000+ passing yards in a single season.

Going to Winston would also follow New Orleans’ game plan from last year. When Brees was injured, the Saints turned to Teddy Bridgewater instead of Hill.

The case for Winston is pretty simple: You have a veteran quarterback who has proven he can throw the ball and wins games as a pure quarterback. Going to Hill full time would be risky, especially when your team is in a heated NFC playoff race and the Bucs are close behind in the NFC South standings.

The case for Taysom Hill

Saints coach Sean Payton said in 2019 that Hill “may be the next Steve Young.” You know, the NFL Hall of Fame quarterback Steve Young. Despite Hill only having 18 regular season pass attempts in his NFL career, Payton is extremely high on the do-it-all quarterback.

“Well, if you look back at Steve’s career, and people don’t remember his time before he came into the NFL, you had a very athletic player that I think advanced when he got to San Francisco. And he always had great ability with his legs,” Payton said, elaborating on his comparison.

It’s also something Payton brought up in conversations with NBC Sports’ Peter King. This led King to write the following:

I think I’d still make the Saints starting QB job Taysom Hill’s to lose, when the 2021 season opens, if Brees indeed retires. This gap year for Jameis Winston in New Orleans will be a challenge for him to prove he can switch from the mistake-prone guy he’s been for five years into an efficient player. And this increases the challenge for Hill to prove he deserves the faith Sean Payton has placed in him.

Having had multiple conversations with Payton about his future quarterback plans, I know he believes Hill has a chance to be a Steve Young type in and out of the pocket, but until he does it, that’s all just a educated feeling for Payton. I know Payton will not stand for a quarterback who turns it over like Winston has.

The case for Hill is this: You’re paying him $16 million (compared to Winston’s $1.1M) and you believe he’s comparable to Steve Young. Why not see if Hill can actually be a starting quarterback and not just a gadget player, and potentially have your future quarterback plan set in case Brees retires after this season?

MORE: Will Drew Brees retire after the 2020 season?

While the Saints may go a different route on Sunday, it seems fairly clear the team will mostly replace Brees with Winston. Hill will get playing time, though, although it’s not clear just how much. In 2019, Hill’s usage with Brees active was 5.6% compared to 4.9% with Bridgewater. However, his usage has gone up in 2020 to 9.4%.

Hill also played a season-high 37% of the offensive snaps in Sunday’s game against the 49ers when Brees was injured. But not all of those were snaps at quarterback. When you break that down, Winston played 29 snaps at quarterback (including three kneel downs) compared to Hill’s seven.

Even though Winston will likely replace Brees in the short-term as the team’s primary passer, don’t be surprised if Hill takes over for an entire series. We saw that happen late in the fourth quarter after Brees’ injury.

Hill has seen an overall increase in usage this year, and played a season-high after Brees’ injury. He may not start and play every down, but expect a lot of switching between Winston and Hill as Brees is sidelined.

UPDATE: The Saints will reportedly turn to Hill as their starting QB in Week 11.

Saints’ QB Taysom Hill will start Sunday vs. the Falcons, per source. Hill took all the starter reps at practice this week. Jameis Winston will be the backup.