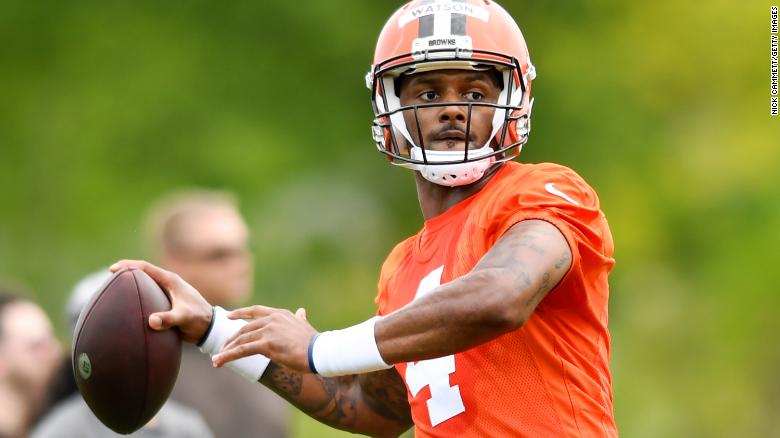 is a 6 game suspension enough?

I heard some version of that statement during every one of my 16 seasons playing football. I believed it then, and I believe it now. When football is maximized in its potential as an educational environment, it’s as powerful as anything out there.

Sadly, today’s news regarding the Deshaun Watson sexual misconduct case does not uphold those standards.

Beginning in March of 2021, 25 lawsuits have been filed against Watson for “actions ranging from inappropriate behavior to sexual assault”. To be fair, the NFL has argued for an indefinite suspension of at least one full season, which would require application for reinstatement into the league. The NFL Players Association allegedly issued an embarrassing response, petitioning for no suspension.

Today’s news: 6 game suspension with no additional fines. If that recommendation sticks and there are no added penalties, it will be a serious blemish on the NFL and the sport.

Watson supporters will say that those cases have (mostly) been settled, alluding to the settlements Watson and the Houston Texans have paid out. Fair to note that Watson will face no criminal repercussion. Due process of the law is important, and I believe in ‘innocent until proven guilty’. If the investigation indicated Watson’s behavior warranted no punishment, then so be it. But that’s not what happened.

A thorough investigation shows that Watson is guilty of something in the areas of sexual misconduct – if not, why the 6-game suspension?

Both of those suspensions are warranted. Those players cheated. They should be held accountable. They did not break a state or local law, they violated a rule of the league. And the league, which aims to hold itself to a high standard, disciplined accordingly.

More than two dozen women have filed charges against Watson. An internal investigation believes there was wrongdoing. So the only problem is this: the punishment does not fit the crime. Minimally, the punishment of a 6-game suspension does not send a clear enough signal that sexual misconduct is not acceptable.

A 6-game slap on the wrist does not show young football players how to be “better husbands and fathers”. It shows that the punishment for sexual assault is only slightly worse than deflating footballs, and not half as bad as gambling.

Watson supporters, remember that the NFL is a business. They can hold employees accountable for anything that doesn’t support the company mission. There does not have to be a criminal charge for them to discipline a player. They can make a statement here.