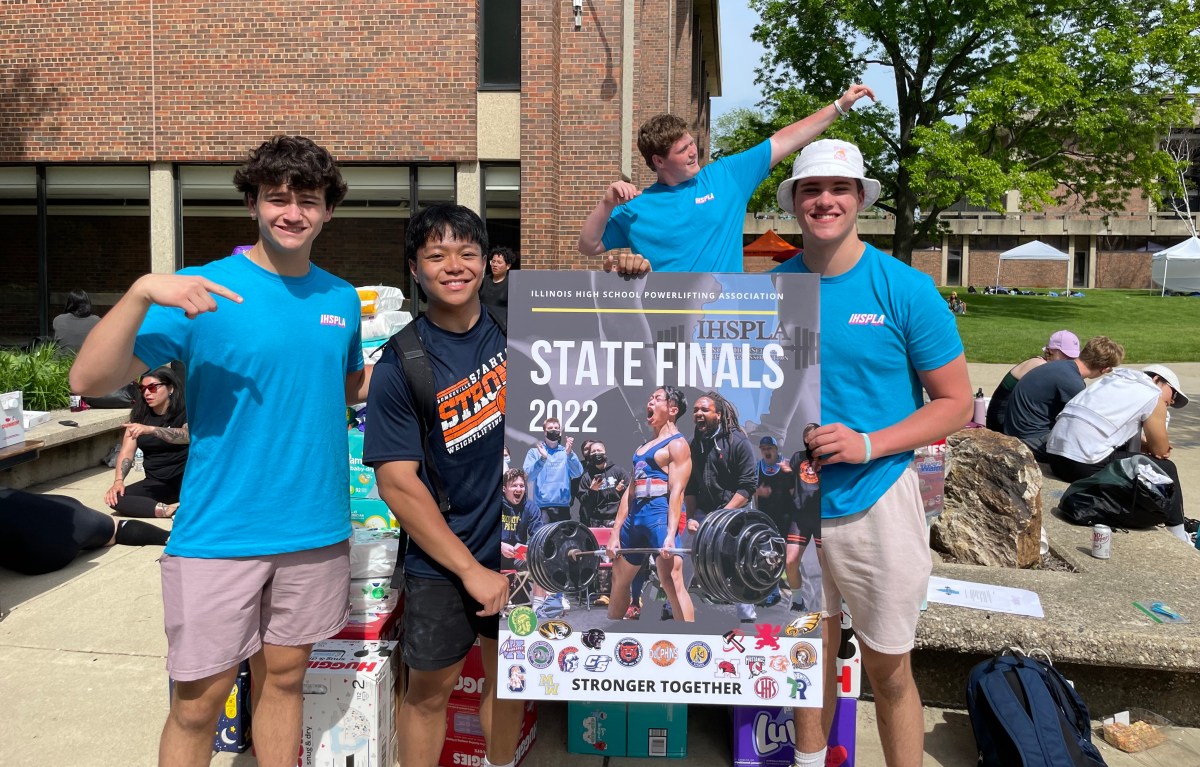 On Saturday, May 28th, more than 200 student-athletes representing 20 Chicago-area high schools gathered at New Trier High School in Northfield for the Illinois High School Powerlifting Association’s (IHSPLA) 2022 State Meet. The State Meet is the culminating event of the IHSPLA powerlifting season. During the 2021-2022 season, regional meets were held at several high school campuses. The top performing teams then received bids to send lifters to compete at the state meet.

The organization made special note to say THANK YOU to all the volunteers who dedicated time and effort to making the meet such a success. Dozens of volunteers showed up to spot, load, judge, and serve the powerlifting community. They all did a great job. Special thanks to the coaches and athletes from McKendree University (IL) and Blue Mountain State (MS) who came up to judge.

The IHSPLA is one of the only powerlifting associations that is exclusively team-based and co-ed. That is, while individuals compete in their divisions and have opportunities to win individual awards, they are competing on behalf of their school. There are no individual lifters in the IHSPLA, only lifters doing their individual best for the team! Powerlifting here is a true team sport. On the co-ed side, the organization has committed to the idea that they will not host a meet unless it is coed. These outcomes are guided by four core principles: Character, Culture, Equity, and Service.

We believe that sports are the greatest educational platform that exists. In conjunction with sports-based non-profit, the Good Athlete Project, we provide coaches with the tools necessary to use powerlifting as a powerful platform for character development.

We are committed to creating a culture of competitiveness, accountability, support, and inclusiveness. Powerlifting often comes with a stigma (sometimes deserved, often not), one that we hope to combat. We welcome all athletes regardless of race, gender, belief, or sexual orientation. All meets are team-based and co-ed without exception.

Finances will never stand in the way of a team or individual competing. There is a team fee for entry to all of our meets, however those with concerns about their ability to pay the fee should reach out to us. All IHSPLA meets are strictly unequipped. The only required piece of equipment is a single-ply singlet. Wrist and knee sleeves would be considered optional, but allowed. Knee wraps, bench shirts, and squat/deadlift suits are strictly prohibited.

We believe that being able to compete in the sport of powerlifting is a privilege and because of this we are committed to giving back. Every year the IHSPLA raises money for a variety of causes, including Special Olympics and Mental Health Awareness. We encourage all teams to find a way to give back on their own as well.

For the state meet, IHSPLA Director Jim Davis issued a “diaper drive” challenge to all teams. The “diaper need” dilemma is worse than one might think. For parents who can’t afford new diapers, kids can stay is wet and soiled diapers for an unsafe amount of time. Disposable diapers are sometimes rinsed and reused, unfortunately resulting in a higher risk of rashes and urinary-tract infections.

“Really grateful for all the teams who brought diapers. They will support families at the Infant Welfare Society of Chicago, a great place with great people doing great work,” said Davis. “We try to service on the minds of our athletes at all times. It’s not just about winning an award or getting on Instagram… being part of a community and serving others, especially those in need, that’s part of life,” he continued, “if sports are going to teach life lessons, that part has to be included.”

Team scoring for the state meet was based on the placement of individual competitors. For example, 1st Place was worth 12 points, 2nd Place 10 points, and so on. The individual finish of an athlete contributes the associated points to their team score.

Gold. In the Team competition, Carl Sandburg High School took first place in both the Men’s and Women’s divisions with 75 and 49 points respectively.

Bronze. Stagg also placed 3rd in the Men’s Division with 43 points while Lockport Township High School rounded out the top 3 in the Women’s division, placing 3rd with 46 points.

Individual division winners were as follows:

Hopefully all teams got some good rest this summer! The offseason strength competitions in Illinois are already underway!

For more information, or to inquire about competing as a team, reach out at IHSPLA.com