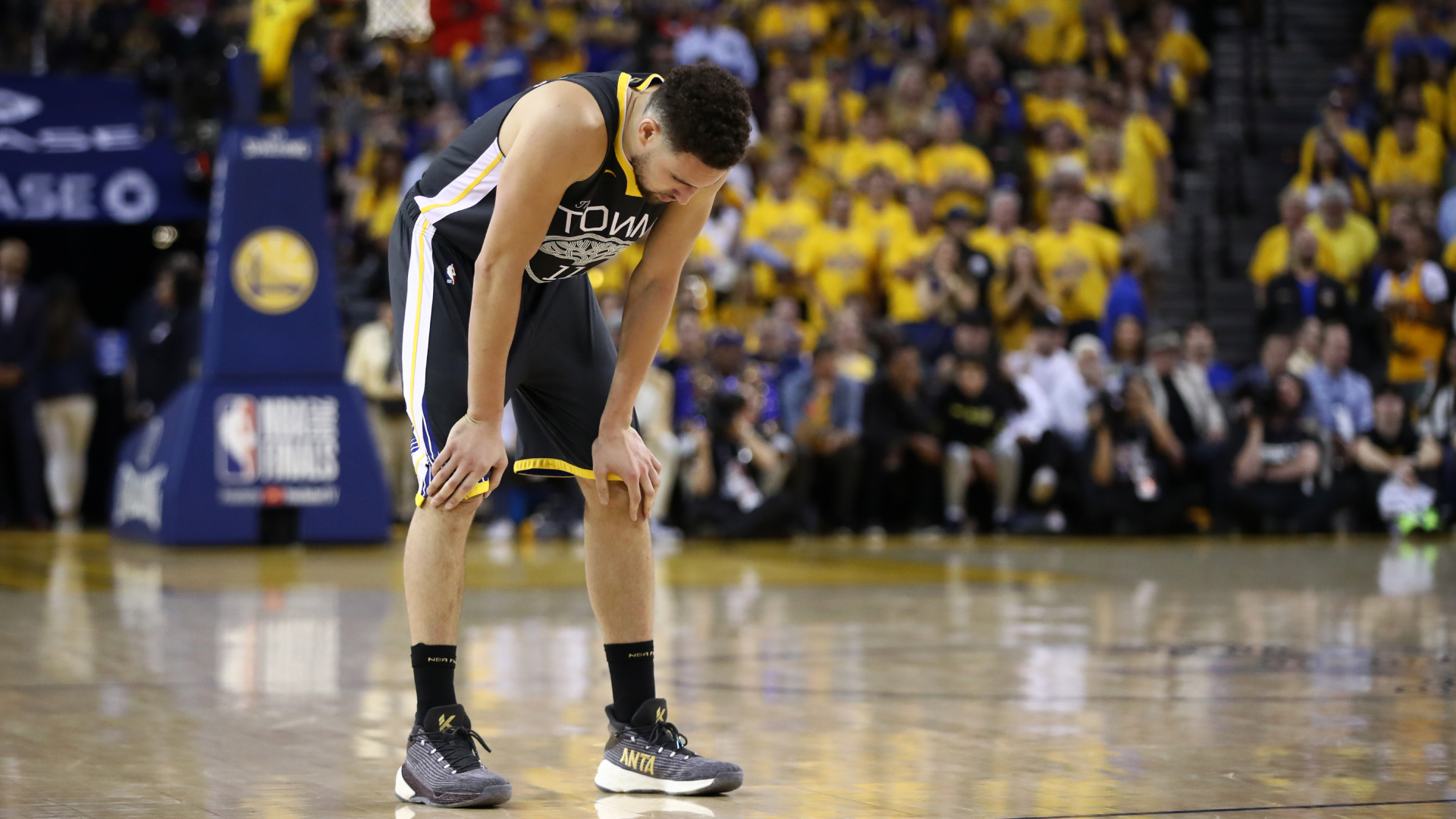 The Warriors’ worst fears have been confirmed: Klay Thompson’s injury is season-ending.

ESPN’s Adrian Wojnarowski first reported that Thompson’s injury, which occurred in November during an offseason workout, is a torn right Achilles. The Warriors confirmed his report, saying Thompson is expected to miss the entire 2020-21 season.

It’s the latest setback for the Warriors star, who missed the 2019-20 season with a torn ACL in his left knee. That partly contributed to the Warriors’ 15-50 record in 2019-20, resulting in Golden State selecting James Wiseman No. 2 overall in the 2020 NBA Draft.

Here’s what you need to know about Thompson’s injury, timeline and more:

What is Klay Thompson’s injury?

Thompson’s injury is reported as a torn right Achilles. It is unrelated to the torn left ACL he suffered in the 2019 NBA Finals, the first major injury of his NBA career.

How long is Klay Thompson out?

Thompson’s torn Achilles is season-ending, though Wojnarowski reported that, based on the type of tear, he should expect to make a full recovery.

The recovery timeline for an average person with a torn Achilles is four to six months. Considering that the 2021 NBA Finals will occur in early July — just under seven months from the start of the NBA season on Dec. 22 — it’s unlikely that Thompson will return before the season ends, even if Golden State was able to secure a spot in the Finals. That also means he will miss all 72 regular-season games in 2020-21.

A season-ending injury is bad enough on its own, but Thompson also missed the 2019-20 season with a torn ACL, which occurred in Game 6 of the NBA Finals to Toronto on June 13, 2019:

Those two injuries will cause Thompson to miss two straight NBA seasons — and over two calendar years.

2020 NBA DRAFT: Grades, analysis for every Round 1 pick

Nov. 25: Adrian Wojnarowski reports that Thompson is expected to make a full recovery after undergoing surgery to repair his torn Achilles.

Nov. 18: The Warriors announce that Thompson suffered an undisclosed injury during an offseason workout.