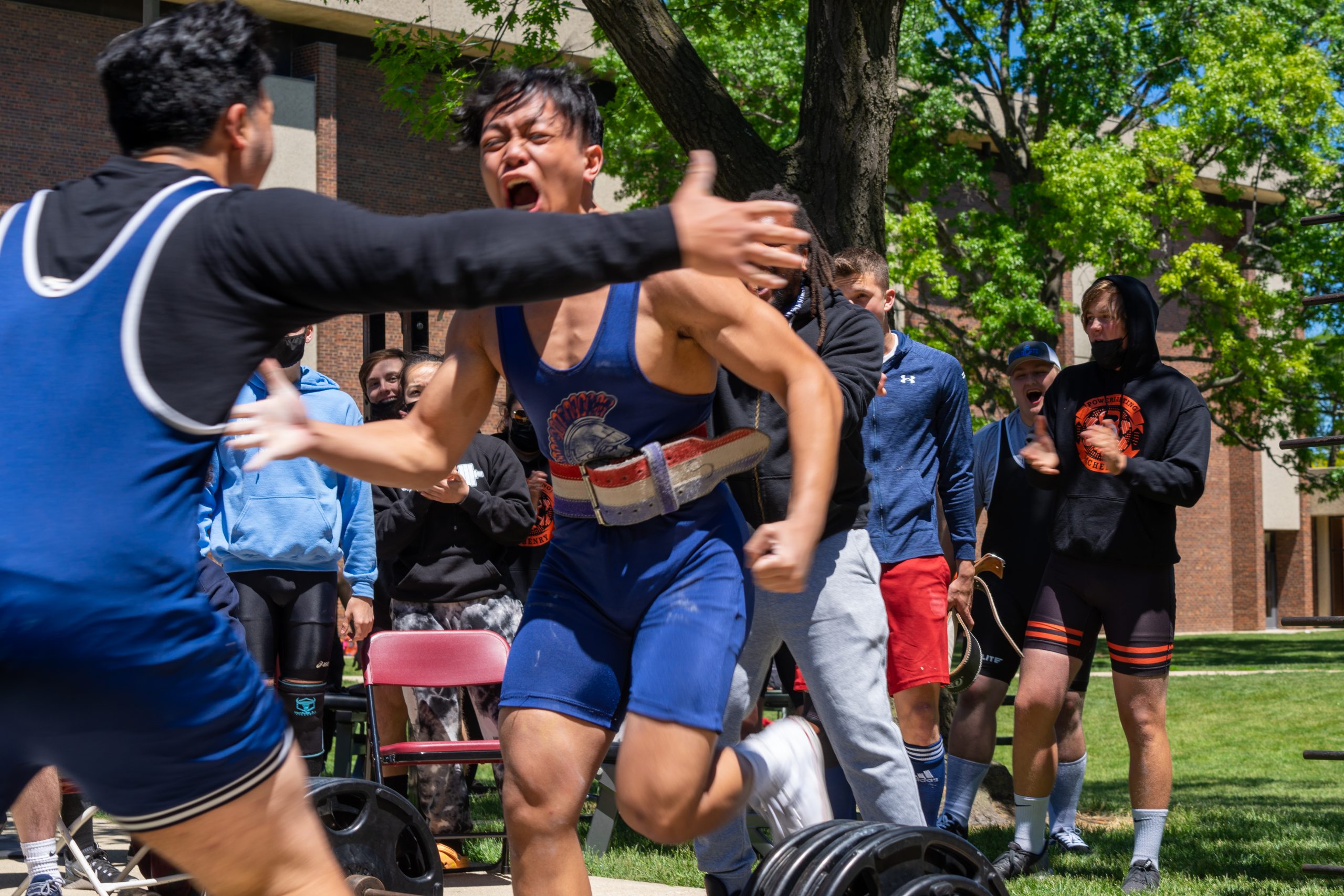 High school sports are one of the many aspects of traditional American culture that was impacted by the Covid-19 pandemic. While most athletes were eventually able to compete in their chosen sports during the 2020-2021 school year, the seasons were shortened and held in unusual months. Jim Davis, the director of the Good Athlete Project and the Illinois High School Powerlifting Association (IHSPLA) was determined that high school powerlifters in Illinois would have a chance to compete live and in person after having to move the annual state meet online during the pandemic shortened 2019-2020 school year.

The 2021 IHSPLA State Meet was held at New Trier High School on May 29th, 2021. More than 60 high school powerlifters represented the following schools: New Trier, Stagg, McHenry, Eastland, Marist, Kankakee, La Salette, Romeoville, Whitney Young, Grayslake North, and St. Viator. Due to Covid-19 restrictions, the meet was held outside on a gorgeous spring Saturday. In a powerlifting meet, athletes compete in the squat, the bench press, and the deadlift. Each athlete has up to 3 attempts at each lift. 3 judges evaluate each attempt. 2 of the 3 judges must approve the attempt for it to be counted as a good lift. After lifting is completed, the heaviest successful attempt for each lift is then added together to create the lifter’s “total”. Additionally, a lifter’s bodyweight is used as part of a mathematical formula to compare lifters of different weights. The IHSPLA recognizes 9 weight classes for female lifters and 12 weight classes for male lifters.

The day’s biggest squat went to Steven Young of Kankakee, who put up a massive 505lbs in the Men’s 308lbs division.

The competitors finished up the day with the deadlift. In the Female 165lbs division, Frapolly from McHenry locked out a huge 375lbs pull while teammate Sukalko finished with 275lbs in the Female 148lbs division. Larivee from Grayslake added a 290lbs pull to her total as did Kankakee’s Ke’Ayla Dunlap. Rounding out the top female deadlifts were Eastland teammates Natalie Colehour (255lbs) and Abbie Penticoff (250lbs) in the 148lbs division and Kankakee’s Jerika Harris (250lbs) in the 181lbs weight class. On the men’s side of the competition, huge deadlifts were pulled in the 148lbs and 165lbs weight classes. Boersma from McHenry (350lbs), Eastland’s Cole (355lbs), David Sterczek from Stagg (375lbs), New Trier’s Cummins (385lbs), and Wachter from McHenry (350lbs) all pulled over 2x bodyweight. Cracking the 400lbs boundary was Maglaya from Romeoville (405lbs) while Josh Sison from Romeoville pulled an incredible 475lbs, which was more than 3x his bodyweight. Rounding out the biggest deadlifts were Stagg’s Mark Jones pulling 475lbs and Brendan Martonik from La Salette locking out 455lbs, both in the 198lbs division. Once again, the biggest lift of the meet went to Steven Young from Kankakee with a pull of 515lbs, more than a quarter-ton!

Several IHSPLA records fell at the meet. In the Female 165lbs division, Logyn Frapolly (McHenry) broke records with a 350lbs squat and a 375lbs deadlift while Emily Larivee’s (Grayslake) 160lbs bench press took the top all-time spot. On the men’s side, Stagg’s Zach Alayfai took over the top spot on the Men’s 114lbs division with a 175lbs bench press. Finally, Josh Sison’s (Romeoville) 475lbs deadlift broke the record in the Men’s 148lbs division.

In the team competition, McHenry placed a solid 3rd Place with 71 points. Taking the second-place trophy was Stagg with 84 points. In first place, nosing Stagg out by just 1 point, was host New Trier with 85 points.

The top two finishers in each division took home an individual trophy.