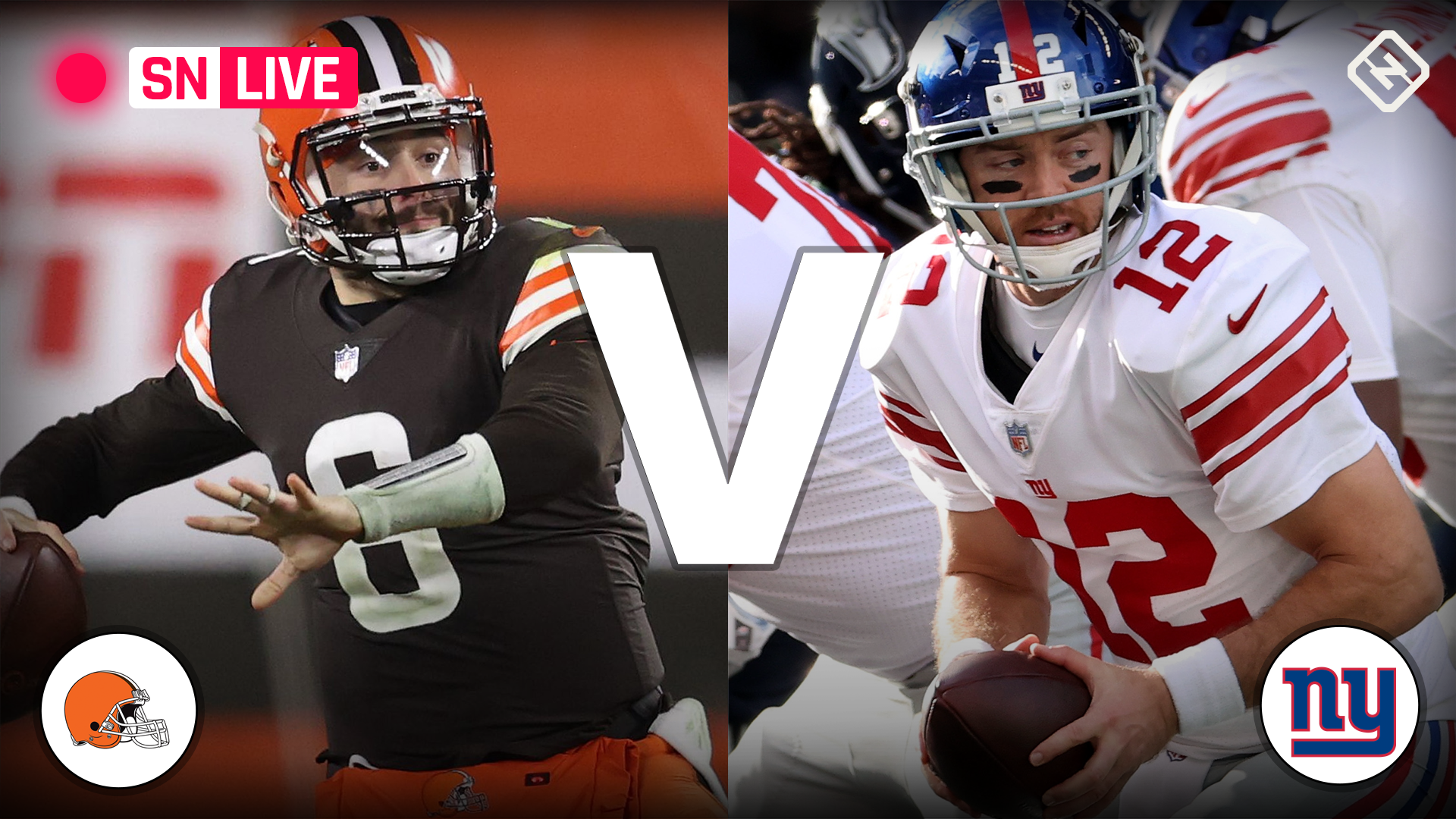 Two very different teams find themselves in similar positions heading into the Week 15 “Sunday Night Football” matchup between the Giants and the Browns.

New York (5-8) doesn’t bring much excitement when it comes to offense, yet the Giants are still in the hunt for a playoff spot. Following Washington’s loss to the Seahawks, the Giants can take control of the NFC East with a win over Cleveland.

The Browns (9-4), on the other hand, have tons of offensive fire power, which was on full display in last week’s 47-42 loss in overtime to the Ravens. That’s back-to-back 40-plus outputs for Baker Mayfield and the Cleveland offense. The Browns currently occupy the second Wild Card spot in the AFC, but a loss could put that in jeopardy.

That being said, Cleveland has to like its chances with Giants starting QB Daniel Jones officially ruled out of Sunday’s game. Colt McCoy will start in his absence.

Sporting News is tracking live scoring updates and highlights from Giants vs. Browns on “Sunday Night Football.” Follow below for complete results from the NFL Week 15 game.

10:05 p.m. — Giants punt. This time New York opts to kick it away on fourth and 4 from the Cleveland 44-yard line. Browns take over at their 5-yard line after a block in the back penalty, 5:57 left in the third quarter

9:53 p.m. — Browns punt. That’s the first punt of the night for either team as Cleveland can’t get much going to start the second half. Giants take over at their 14-yard line, 12:02 left in the third quarter.

9:30 p.m. — TOUCHDOWN, BROWNS. Mayfield connects with Javis Landry in the back of the end zone for a 2-yard score. A taunting penalty backs up the PAT to a 48-yard attempt and Cody Parkey doinks it off the right upright. Cleveland leads 13-3 with 21 seconds remaining in the first half.

9:15 p.m. — TURNOVER ON DOWNS. New York goes for it on fourth down again and Wayne Gallman Jr. is stuffed at the line. Cleveland takes over at its 5-yard line with 5:16 left to play in the first half.

8:40 p.m. — TURNOVER ON DOWNS. This time Cleveland can’t convert as Mayfield’s pass is tipped at the line on fourth and 2. New York gets the ball back at its 43-yard line, 7:05 remaining in the first quarter.

8:29 p.m. — TURNOVER ON DOWNS. New York comes out in field goal formation, then splits out. Holder Riley Dixon can’t complete the pass though, so Cleveland will take over at its 8-yard line with 11:36 left in the first quarter.

8:23 p.m. — Big return. Dion Lewis runs it down to the Cleveland 48-yard line and the Giants will start with great field position.