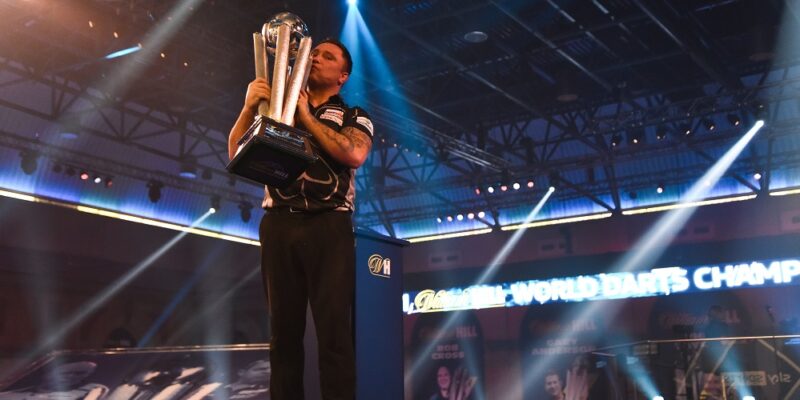 So, six years after entering the sport Gerwyn Price secures his first ever World Title.

This isn’t any kind of surprise to followers of darts, as Price’s uber competitive spirit and sporting disciplines have had him marked down as a future champion ever since he came through Q school.

It would have been interesting to see if he would have prevailed had crowds been present.

In the past they loved to taunt him as a response to his ‘putting it out there’ desire. Constant booing and jeering which can impact on focus and emotional calmness. It may have led to him trying too hard previously and taking himself out of rhythm and flow.

Having no distractions, enabled Price to settle into his game and produce phases of hot darts that were too consistent for his opponents.

Now that he has secured his first world title, he knows how to play with the right balance of concentration and flow. No jeering should be able to penetrate his shield of immunity. For he has the winners crown as confirmation of his process.The winners crown is the powerful evidence that what you do works.

Which means you can shut out the external noise, of for example, wanting to be liked. Because you know that YOU ARE GOOD ENOUGH!

Some players struggle for years trying to prove they are good enough. Or wanting to be liked and other emotional psychologies. But Gerwyn Price doesn’t need to walk that troubled path any longer. Being World Champion tells you everything you need to know about yourself.

Now they can boo. But they simply CANT get to you!