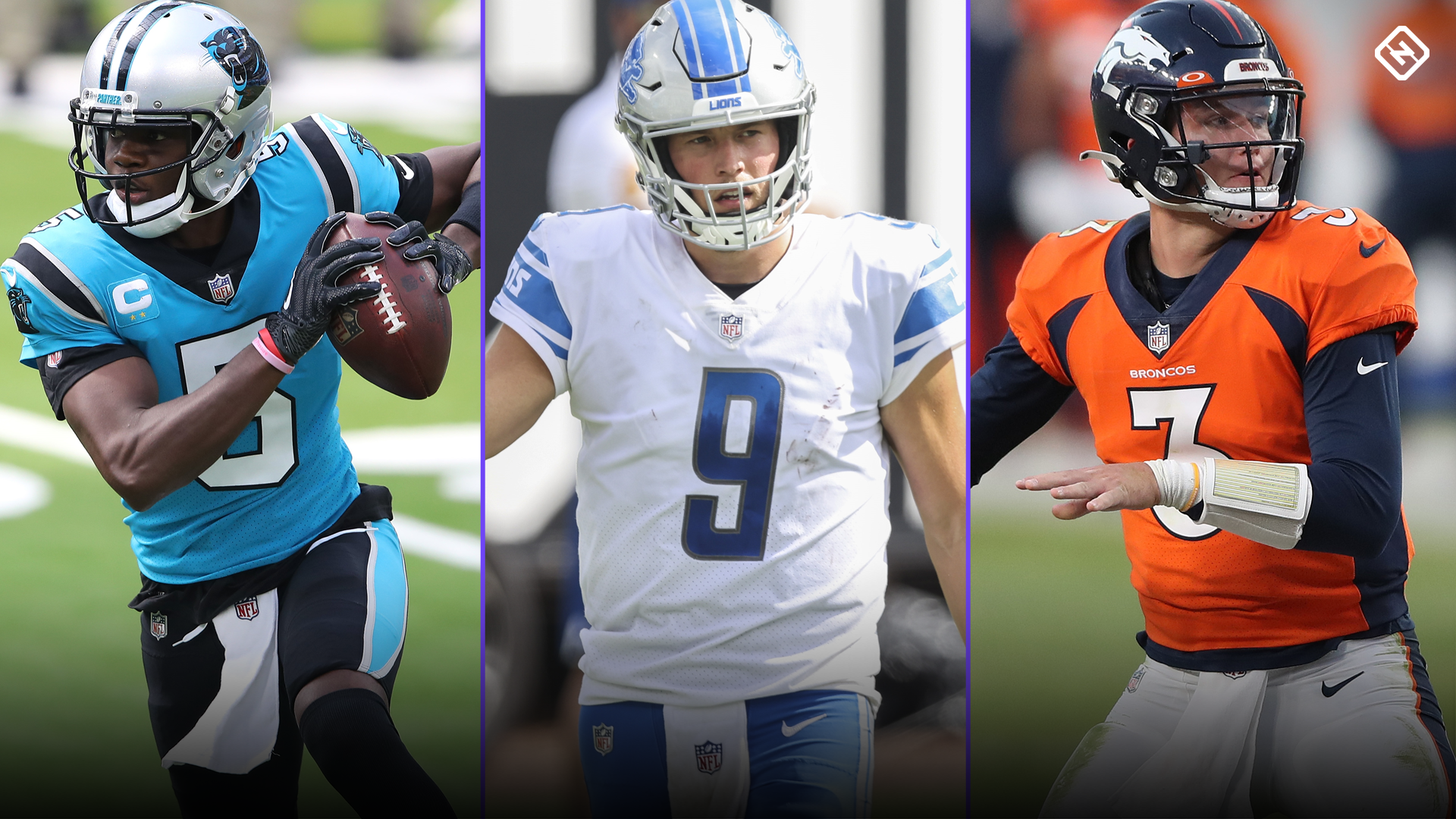 It’s already been a tough week for QBs with Drew Brees landing on the IR, and with Teddy Bridgewater, Matthew Stafford, and Drew Lock all “questionable” (and Sam Darnold “doubtful”), we could see a whole lot of backups leading offenses in Week 11. Fortunately for fantasy football owners, things likely won’t get too out of hand, but knowing the latest injury updates on these quarterbacks will be key for making start ’em, sit ’em decisions at WR, TE, and maybe even RB.

We’ll be here all day on Sunday providing updates on these signal-callers, so check back for the latest. For news on Damien Harris, Noah Fant, and Allen Lazard, click here. For the Week 11 weather forecast, go here. For all the latest fantasy news, follow us on Twitter @SN_Fantasy.

Is Teddy Bridgewater playing this week?

UPDATE: ESPN’s Adam Schefter reported late Saturday night that Bridgewater wants to start Sunday and will test his knee in pre-game warmups before the Panthers make a final decision on his status.

Bridgewater (knee) managed to get in limited practices all week, and despite some conflicting reports about his outlook for Sunday’s game against the Lions, the most recent news from ESPN’s Jeremy Fowler is that there is “optimism” about Bridgewater’s chances of suiting up.

It’s unclear how much Bridgewater’s mobility or velocity will be affected by the knee injury, so even in a favorable matchup, he’s not a recommended play. You can feel better about receivers Robby Anderson and D.J. Moore, though, as Bridgewater’s accuracy should help both post decent stats. If Bridgewater doesn’t play, backup P.J. Walker would get the start. The mobile Walker showed well in the XFL this year, and while he also wouldn’t be a recommended play, he can run around enough to keep the Panthers’ offense moving and give Anderson and Moore some chances for big plays.

Is Matthew Stafford playing this week?

Stafford (thumb) got in a pair of limited practices to end the week and is expected to start on Sunday against the Panthers.

The Panthers pass defense has been struggling lately, but Stafford has been up and down most of the year. He’ll be without Kenny Golladay (hip), Danny Amendola (hip), and top receiving back D’Andre Swift (concussion), and while he still has some big-play receivers in Marvin Jones and Marvin Hall, it’s tough to count on him as anything more than a mid-range QB2 this week.

Is Drew Lock playing this week?

Lock (ribs) is fully expected to start against the Dolphins after getting in limited practices on Thursday and Friday.

Ultimately, fantasy owners aren’t going to go near Lock against Miami’s strong pass defense, but his presence is good news for pass-catchers Jerry Jeudy, Tim Patrick, KJ Hamler, and Noah Fant. Lock won’t be shy about taking chances, and while that often leads to turnovers, it can also lead to big plays for his receivers.