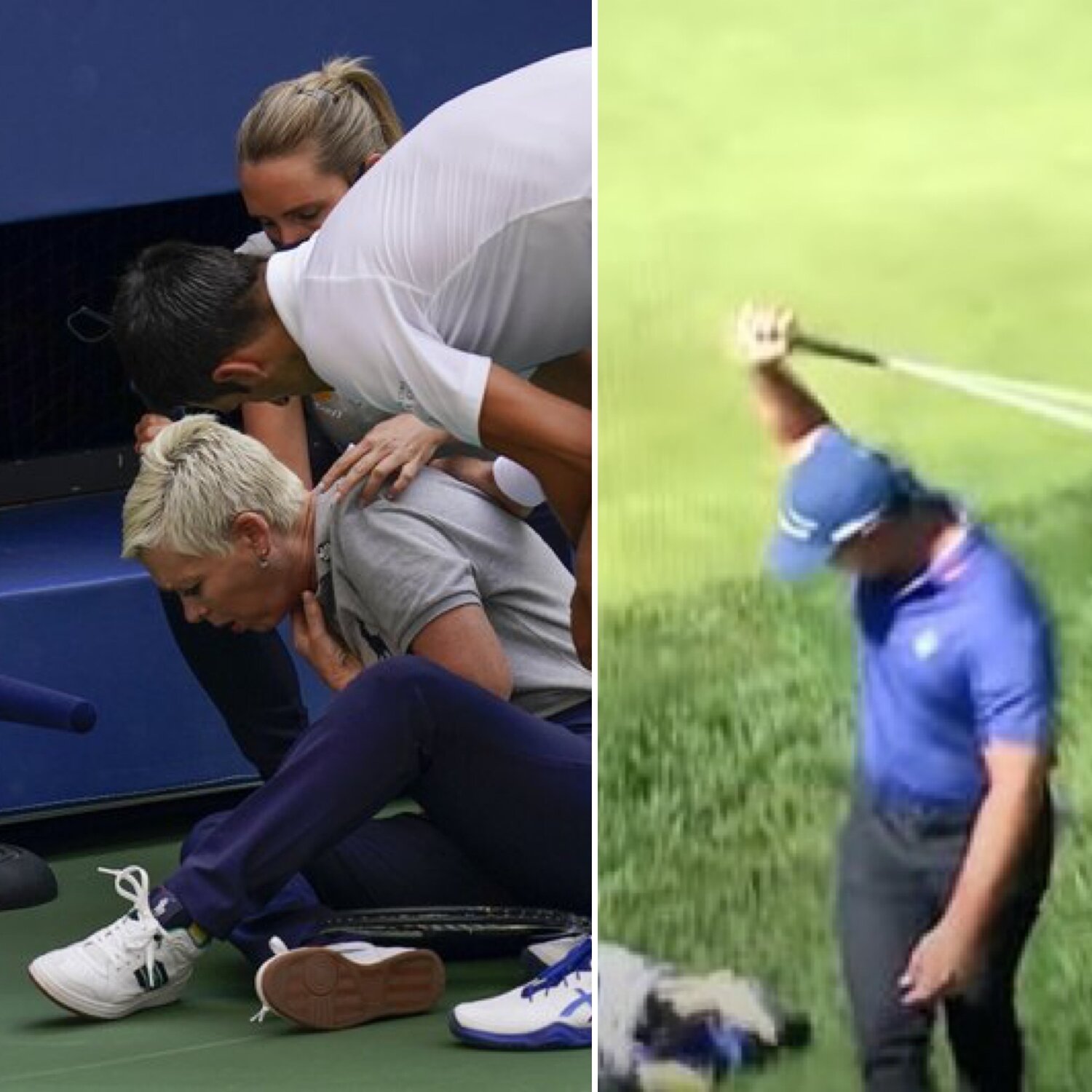 Everybody has a Breaking Point — Altius Performance Works


Two things that I have learned in my work with stress and traumatic stress, is that everybody has a breaking point.  So often, stressors accumulate, and unless there is conscious intent to ease their pressure, to de-stress, to let some steam off, you are on a collision course with having some sort of event that will be destructive to your aims, your relationships, your health, your sense of yourself.  This summer of our discontent, we watched two elite athletes in two different US Opens have stress-related malfunctions.  While both of these athletes should have known better, and have prevailed multiple times in the cauldron of high-pressure situations, both of them were undone by stress.

Take Novak Djokovic in this year’s tennis US Open: in the fourth round, having just had his serve broken by Pablo Carreño Busta to go down 6-5 in the first set, Djokovic, in frustration, hits the ball toward the back of the court, inadvertently hitting a line judge in the neck, for which he was disqualified. Such a “rookie mistake” (John McEnroe’s comment) from so seasoned an athlete makes absolutely no sense until you become aware of the context, a context that highlights the particular stresses that Djokovic faced at that time:

1)          He was far and away the tournament favorite, with rivals Nadal and Federer out of the tournament.  Former bad boy turned commentator, John McEnroe said, “the only way he could lose the tournament was to beat himself.”  It turns out, that’s so easy to do, and it’s actually hard to win a major tournament, especially when it’s supposed to be easy.  The stress is amplified.  If anything, the proverbial “cakewalk” is a high wire act.

3)         The stress of a global pandemic, with added safety protocols was everywhere augmenting the stress, even his own run-in with covid-19 earlier in the summer.

4)        He is in the midst of trying to create his own men’s tour, directly in opposition to the current one, an inherently awkward position to occupy while playing at one of the ATP’s premier events.

If you watch Djokovic’s body posture late in that first set, you can see it all over him: slouching shoulders, frustration, peevishness.  Maybe he was wondering why an easy match was suddenly this difficult.  Maybe his stress level interfered with preparations for a formidable, albeit lesser, opponent.

Take Danny Lee at this year’s golf US Open.  Coming to the 18th green on the third round, he was 4 feet away from a par save, a very respectable 73 on the brutalizing Winged Foot, and within the top 40, setting up for an interesting Sunday, more valuable major experience, and a fine result in a major event.  He missed the short knee knocker on the low side. He missed the comeback on the high side.  And then, he broke down, not taking his time by marking or re-aiming, but playing slap hockey with the ball four more times till it just happened to go in for a six-putt and a 9 on the hole.  Shocking.  But, it doesn’t end there: heading off the green, he slammed, then spiked his putter into his golf bag, reinjuring just the wrist that he had been anxiously protecting and forcing him to withdraw.  This behavior, more evident of a 10 year-old than an international golf star, has all the makings of a stress break-down: 1) the US Open is a famously grueling test, and that stress is woven into everything that happens that week; 2) Danny Lee was already over 30 putts for the round when he had his six-putt, showing that he was struggling on the greens, and looking for his pain to be over; 3) playing with a physical vulnerability (wrist) is a constant stress; 4) finally, covid precautions and the absence of fans contribute more unfamiliarity that can put added strain on one’s ability to focus, all compiling layers of stress.

So, what’s the take-away?  Danny Lee’s tantrum, unlike Djokovic’s, didn’t cost him the tournament victory, but it was perhaps more costly: he re-injured his wrist, necessitating some time off, and agreed in his Twitter feed that maybe his stress level had subverted his judgment: “my frustration took over me (sic) and combined with my injury I had to fight for it all week.”  But, either way, these events represent the ability of accumulated stress to find a chink in the armor of even the most seasoned veteran.  So, what’s to be done?

1)          Cope ahead for stress: take inventory of all the stressors you have on board, and any additional ones you might encounter in the event, and make a de-stressing plan that is commensurate with that burden.  Add your de-stress plan into everything that you do.

2)         Mindfulness to Stress: train yourself to be mindful of the indicators of your stress (i.e. elevated anxiety, irritability, heart rate, angry self-talk, body posture), and when there are many stressors on board, bring greater emphasis to your de-stress plan, and use it more often.  And here, the best antidote is the breath.  Breathing more deeply will counteract the corrosive effects of stress.

3)         Take more time rather than less when you notice your stress manifesting as irritability or frustration.

4)        Intervene frequently on harsh, jagged self-talk by making the self-talk cool and compassionate.  Be your best friend, and train anyone in your entourage (coach, caddy, parent) to notice these markers and speak calmly and compassionately to you, but firmly.

As both of these incidents show, if you don’t get ahead of stress, it will sideline you in some way, shape, or form. And it is usually pretty ugly. On the flip side, with some mindful attention, some increased problem solving, and a good plan, and you can avoid a stress catastrophe and find yourself soaring above your breaking point.