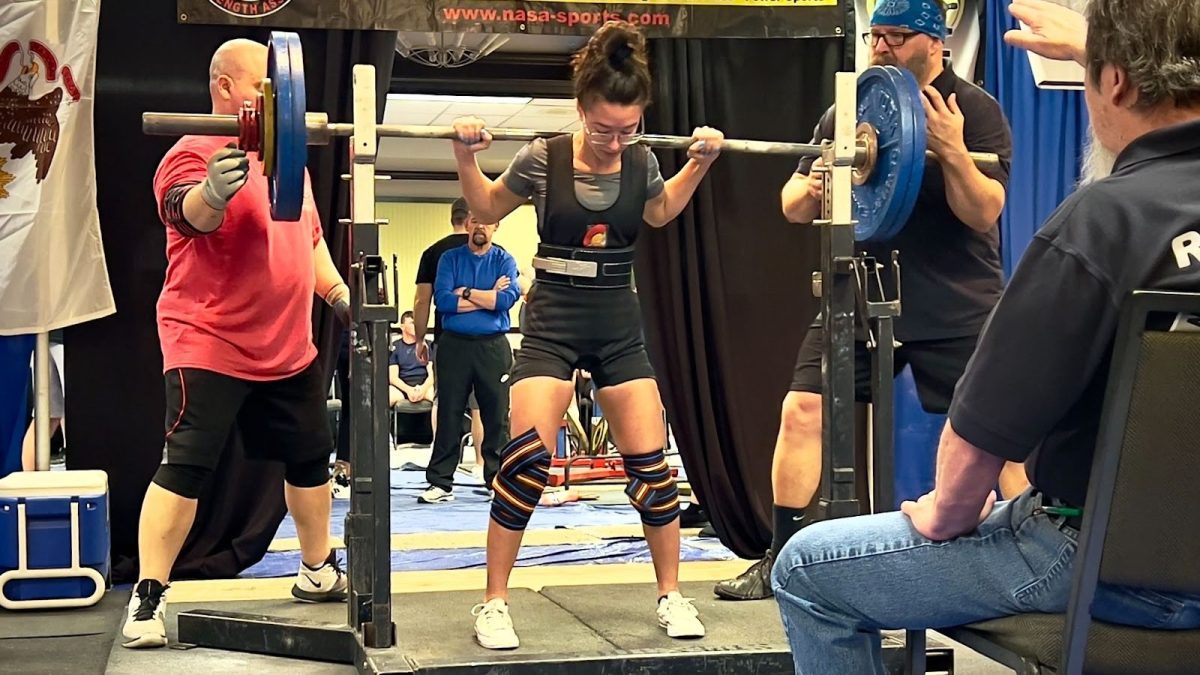 Empowered by Powerlifting at NASA Nationals

The ballroom was full of sweat, AC/DC, and chalk dust. Athletes from around the country had come to Oklahoma City to compete on a national stage. NASA (Natural Athlete Strength Association) was hosting its annual High School Nationals competition, there were strong athletes everywhere. On the surface, powerlifting may seem like a sport only for those who want to lift heavy weights. But for two young girls, powerlifting has given them so much more than physical strength. They thank the sport for postively impacting their self-perception, coping better with social anxiety, overcoming challenges when faced with adversity. In this arena, they know they can become strong – inside and out.

Brianna Guadalupe is a senior at Rockhill Highschool in Frisco, Texas. During her sophomore year, she was approached by the school’s powerlifting coach and asked to join the powerlifting team. She was hesitant at first – she knew little about powerlifting and thought it was only a “man’s sport”. Yet, she found lifting with her teammates exciting and felt like she was part of a community. In early 2020, the Texas state powerlifting meet was quickly approaching, and Brianna was the only girl in her school to qualify. However, like so many other sports, her season was interrupted by the pandemic. She made it her goal to get back to state. By senior year, she didt. She was unsatisfied with competing just at the state level, so she set her eyes on nationals.

Meanwhile in Allen, Texas, Mackenzie Bates was pursuing a journey in weightlifting. Her mom, a successful bodybuilder, was her initial inspiration. However, because of her age, Mackenzie couldn’t compete in bodybuilding specifically.

So she started working the front desk at a local gym where, on her very first day, she worked a large powerlifting event. After that intense and exciting initiation, she was hooked. She saw the lifters and thought, “I want to do that”. She said with a smile that the idea of eating Oreos as part of a supplemental diet was a nice incentive for powerlifting (something she couldn’t do if she were to pursue bodybuilder). Shortly after discovering the sport, she too would find her way to NASA High School Nationals.

We had the opportunity to interview the two Texans in Oklahoma City, where they were joined by athletes from all over the country: Illinois, New Mexico, Colorado, and Arizona, among other locations. Brianna and Mackenzie both stumbled upon the world of powerlifting in their own unique ways and had very different journeys. Still, when they shared their stories they revealed many commonalities. They both emphasized how powerlifting has grown their sense of confidence, empowered them socially, and altered their idea of self-image.

When asked what they learned, Brianna said that powerlifting helped her build confidence, commitment, and courage. As her strength grew, so did her tenacity and self perception. Setting PR goals for the squat, bench, and deadlift helped Brianna build life skills like grit and perseverance. With every goal she surpassed she felt empowered to push herself further. These skills can be easily translated into any future ambitions she aims to achieve.

For Mackenzie, powerlifting gives her confidence in the gym, but also confidence in social settings. As a self-described “shy girl”, she is typically quiet and reserved around people in her age group. But having powerlifting as a common interest, she has “a new found confidence” and is more comfortable in social situations – something she normally wouldn’t have felt before finding the sport.

Brianna Guadalupe is a high school senior who went from recreational workouts to national powerlifting competitions. Mackenzie Bates is the daughter of a bodybuilder who learned about lifting from the sidelines, but became a contender of her own. The two girls were drawn to powerlifting for different reasons but they both shared the experience of competing and took home more than trophies. The lessons they came back with empowered them to become more confident in their self-awareness, in their social skills, and in their ability to persevere.

Coaches! Remember that lifting can be so much more than lifting heavy weights. Recognize the power of the platform, and teach for Good.