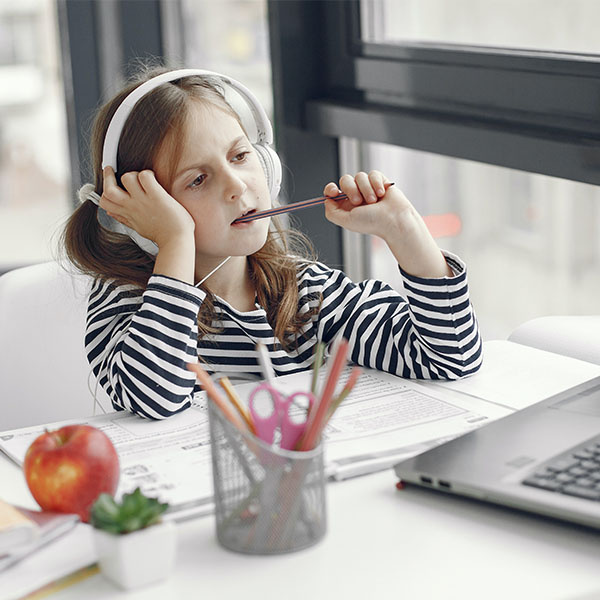 Does listening to music help students with ADHD to learn?


Should students listen to music while they’re studying? We’ve been asked this question countless times over the years – and generally, the answer seems to be no. Studies have shown that students recall up to 60% more information if they studied in silence compared to listening to music.

But with so much diversity among students, is it really that clear cut?

The therapeutic properties of music have been recognised since ancient times. Three millennia ago, philosophers introduced the theory that music could clear the mind, which helps hone focus and concentration.

Children with ADHD have naturally low levels of dopamine neurotransmitters, which are responsible for regulating attention. This gives them a hard time tuning out distractions when completing a task.

Music has been found to increase dopamine in the brain, which can help students to stay on task. This can in turn increase their productivity so they can achieve more learning outcomes.

A recent comprehensive study supports this. The researcher recruited students with ADHD to participate in multiple 45-minute sessions that required them to complete Maths and English assignments. Participants completed one half of the sessions while listening to music and the other half in silence.

The researcher found that most participants completed more work in the music sessions than in the no music sessions. This suggests that listening to music while studying can boost concentration and ultimately academic productivity in students with ADHD.

Does the type of music matter?

If this finding could help your ADHD students, it is still important for them to carefully select the type of music to listen to so that they can get the most out of their new study aid. Research has suggested that two types of audio are particularly beneficial – let’s look at these together…

White noise refers to steady background noise. Think of the sound of a whirring fan or television static.

In a study that looked at the cognitive performance in children with and without ADHD, it was found that children with ADHD performed better on a recall and verbal test while listening to white noise. In contrast, it worsened the performance of non-ADHD participants.

This means that optimal cognitive performance manifests differently in ADHD and non-ADHD students. The former needs more white noise than the latter to refine concentration and maximise cognition.

So, if your ADHD students have trouble focusing in complete silence, try turning on a fan or using a white noise machine.

Apart from white noise, binaural beats may also have the potential to improve concentration in ADHD students. A binaural beat is an illusion created by the brain when you listen to two tones with different frequencies at the same time, tricking you into hearing the frequency difference between the two tones.

Research on binaural beats is still limited, particularly on their direct ability to improve learning in ADHD students. However, many parents have reported that their ADHD children experience fewer difficulties completing their homework (due to inattention) when they practice listening to binaural beats three times a week.

You can easily find free recordings of binaural beats online if your ADHD students are interested to try.

What type of music to avoid

While listening to certain music can aid concentration in students with ADHD, other types can have the opposite effect. Try to avoid the following:

When picking the type of music to accompany ADHD students’ learning, you must also consider what they want to listen to. If they are bored or irritated by the music choice, their frustration will get the better of their ability to focus on anything else.

A good approach is to inform them of the best options and find a compromise with their input. For example, if your student prefers music with vocals, choose something that is sung in a foreign language.

Music can offer benefits beyond personal enjoyment. It is also an effective study tool that can increase concentration and consequently learning in ADHD students. While research on this topic is still young, it is an accessible, affordable, and risk-free technique your students can try out the next time they study.