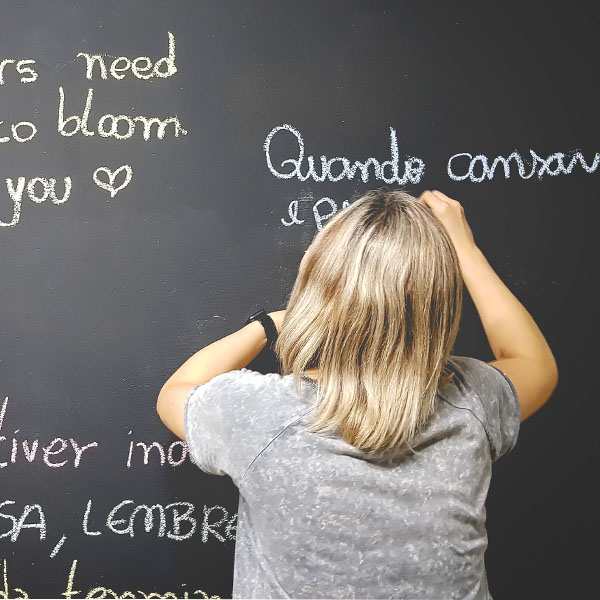 
Speaking a second language can have many benefits. Bilingual students can relate to and learn about a second culture by communicating and forming relationships with more people. They may even have wider employment opportunities, with a rising demand for bilingual employees, and wider entertainment opportunities, accessing movies, music and experiences from a range of cultures and languages.

But, are there any cognitive advantages for bilingual students? Could it be possible that learning a second language helps students learn more effectively and improve their academic performance?

How does bilingualism affect academic performance?

Research suggests that being bilingual can improve students’ executive functions, which in turn may improve their school careers. Executive functions are a set of mental skills that help us to control our behaviour. They are higher-order skills, control our thoughts and feelings, and can be improved over time through the right activities.

So, how does this link to being bilingual? Well, learning and speaking a language uses all three core executive functions: inhibition, working memory and cognitive flexibility.

What does the research say about the executive functions of bilingual students?

Executive functions have been measured in research in many ways to figure out if bilingual children have an academic advantage:

So, research has shown that being bilingual improves executive functions. But why?

Why do bilingual children perform better on executive function tasks?

It’s also been found that bilingual people have larger amounts of grey and white matter. These parts of the brain help with information processing and perception, and also support improvements in executive functions.

Does the age you learn a language matter?

So, this would suggest that we should encourage students to learn a second language. But when does that happen?

Researchers disagree on whether learning a second language earlier on in life brings more benefits, or whether there even is an “ideal time” to learn one at all. Some research like the Attention Network Test we discussed earlier suggests that learning a language early promotes better executive functions. However, other research has found that learning a language at any point in life leads to more efficient executive functioning than not learning one at all, regardless of timing.

A word of warning

Research is never black and white. While the studies we’ve already discussed suggest there may be a link between bilingualism and executive functions, this does not necessarily make it a cause-and-effect relationship.

For example, one study found evidence that goes against the whole idea, suggesting that bilingual and non-bilingual children don’t differ in executive functioning.

Thanks to the executive functioning boost that learning another language provides, research suggests that it is linked to improved academic performance.

We can’t ignore that some research contradicts these findings, but at the end of the day, there are limited downsides to learning a new language. Academic performance aside, this gives students the opportunity to understand new culture, communicate with more people, and even get more opportunities throughout their life.

And since research doesn’t suggest a “perfect” time to learn a new language, it’s never too late!