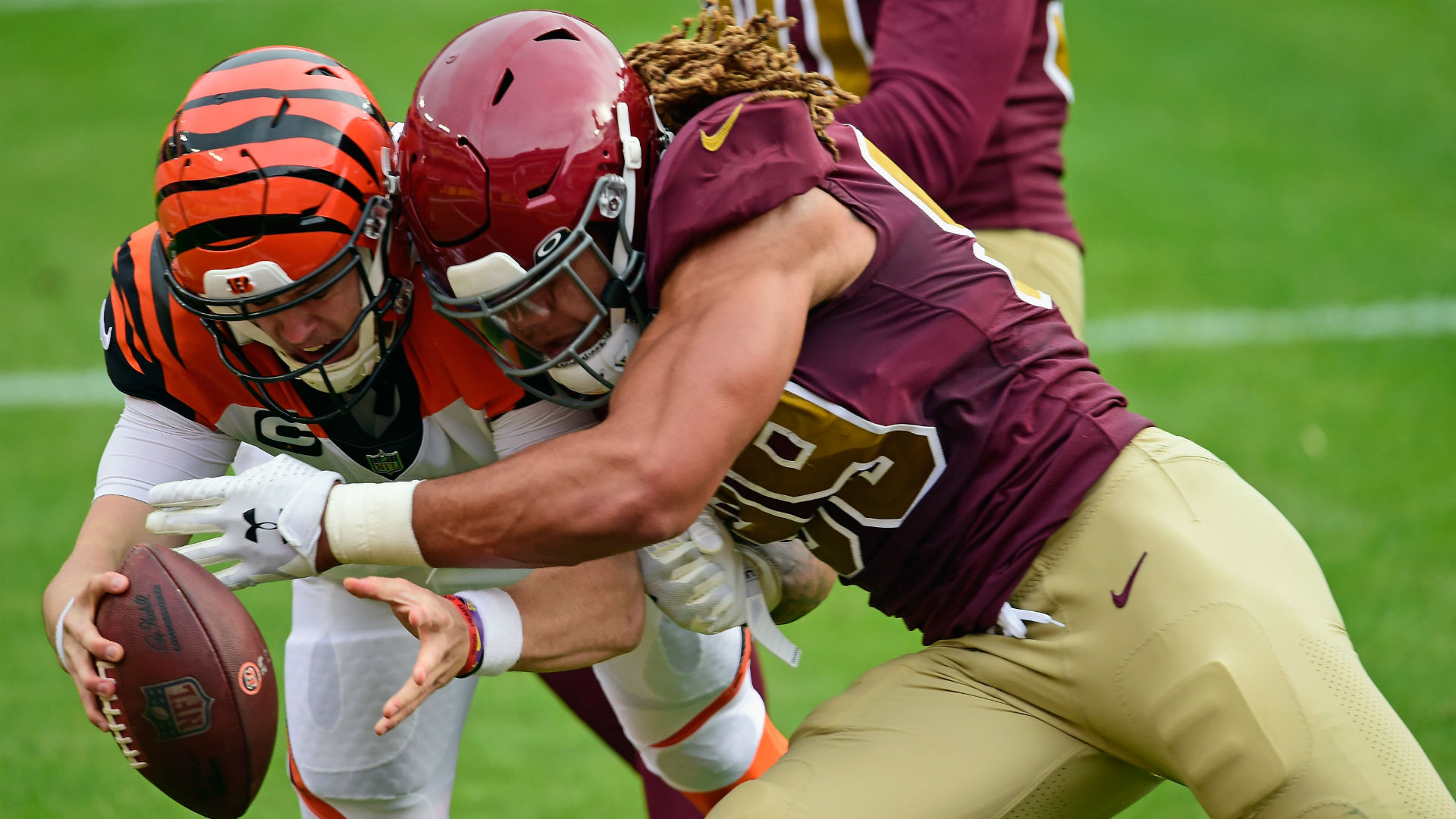 Chase Young obliterates Joe Burrow, forces fumble in first meeting between No. 1 vs. No. 2 picks Welcome to the NFL, boys.

The top offensive player taken in the 2020 NFL Draft met the top defensive player selected in 2020 on Sunday, with Joe Burrow’s Bengals taking on Chase Young and the Washington Football Team. So, of course, there would be some fireworks.

On a fourth and goal in the second quarter, Young denied Burrow a scoring opportunity, meeting the Bengals QB at the 1-yard line with a vicious, teeth-chattering hit.

Young forced the fumble on Burrow as a result of the hit, giving the ball back to Washington. To Burrow’s credit, he bounced back up right after the hit, showing that Ohio tough runs deep.

The history between the two can be linked to Ohio State: Burrow, though finishing out his college career at Louisiana, was one time a member of the Buckeyes. Young was selected No. 2 overall out of Ohio State, as well. In all, Burrow appeared in 10 games for the Buckeyes before transferring to LSU.

The Bengals hold a two-point lead on the Football Team, 9-7.