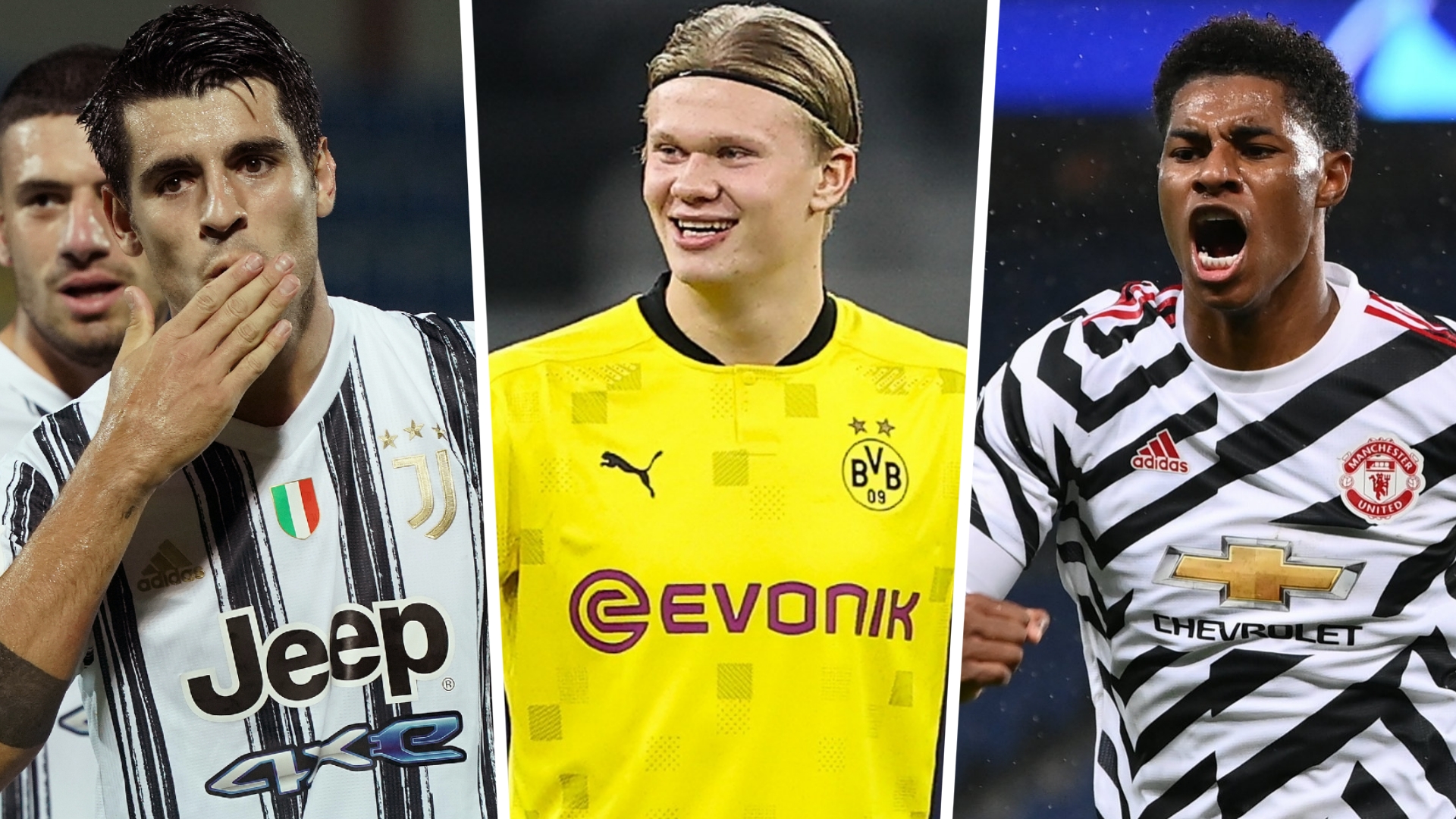 
The group phase of the 2020-21 Champions League is winding down, with the eagerly-anticipated knockout phases of the tournament starting in a few short months.

There is still a lot to play for as the competition nears the end of the group phases, with even more mouthwatering ties ahead.

Goal will keep you updated on the individual goal tallies for the highest-scoring Champions League players this season.

Wonderkid Erling Haaland leads the pack with six goals for Dortmund, already setting Europe alight in his first full season at the Bundesliga side.

He is followed closely by Marcus Rashford and Alvaro Morata, who both have five strikes apiece for Manchester United and Juventus respectively – with Rashford setting a new Champions League record with his hat-trick against RB Leipzig.

New Liverpool signing Diogo Jota has hit the ground running at Liverpool since arriving from Wolves in the summer, and already has four strikes to his name in his debut campaign for the Reds.

Robert Lewandowski was the top-scorer in last season’s Champions League, his 15 strikes instrumental in Bayern Munich winning the competition.

The German giants picked up their sixth Champions League trophy after beating Paris Saint-Germain 1-0 in the final of the tournament, with Kingsley Coman netting the winning goal early in the second half.

He was followed by Haaland with 10 strikes for both RB Salzburg and Dortmund, and Bayern team-mate Serge Gnabry’s nine strikes placing him third.