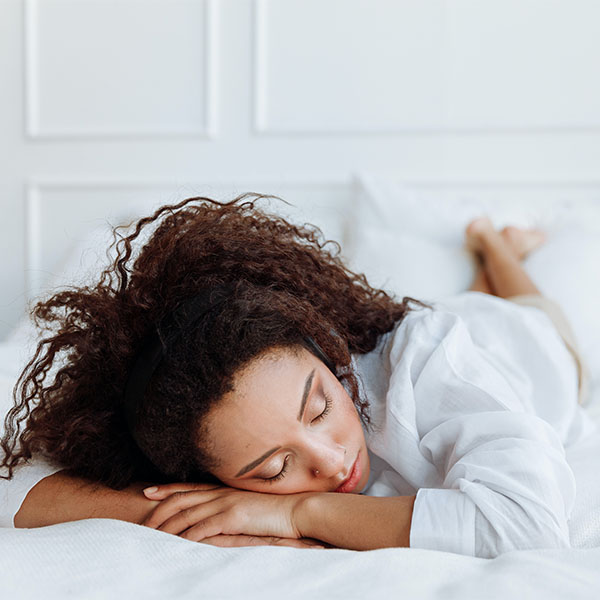 
Our students are suffering from a sleep crisis. Many do not get enough sleep. We are literally sleep-walking into this problem. But can naps during revision help with this?

Well, some studies show that regular or longer midday naps can significantly help improve night time sleep quality. And with 69% of students reporting that they sleep for 6 hours or less during exam season instead of the recommended 8 hours or more, naps may be an interesting strategy.

Let’s take a look at what the research suggests, and why it’s so important to focus on students’ sleep.

What does the research suggest?

In one study, researchers investigated what was more effective to help students perform on a test: last-minute studying or napping?

All participants had 2 hours and 20 minutes to learn facts, then spent the following hour in one of three groups:

They were then tested on the information twice: after 30 minutes, and after a week. The researchers found that for both tests, the students who napped remembered more than those in the other two groups.

This research shows that taking a nap break may be one of the best things a student can do to boost their studying. Unlike cramming, which offers a short-lived memory boost, the memory benefits of naps were true for both short and long term.

Why is sleeping so important for learning?

In general, sleeping is one of the best studying strategies. For example, we were particularly interested in hearing about the “8-hour sleep challenge”, where 71% of students who committed to sleeping 8 hours a night during exam week performed much better than their peers who stayed up to cram.

So, why is that? Well, when we sleep, new connections form between our brain cells. These connections not only help with recalling information but also improve how well we make links between new and old information.

There are many other benefits of having enough sleep, such as:

How can students get better sleep?

There are many reasons why students are getting so little sleep. The first is that they often don’t know how important sleep is to their learning and well-being. Start by explaining these findings to your students and telling them that they should aim for 8-10 hours of sleep per night (the number, on average, depends on their age).

Another reason is that students often struggle to fall asleep because of bad bedtime habits. To remedy this, they can:

A word of warning

Although integrating naps to their study breaks can be effective, students shouldn’t nap for too long. The research isn’t perfectly clear on how long a nap should be, but napping for over 60 minutes or too late in the day may actually mean they won’t feel tired again until well after their bedtime.

Often, students believe that staying up to get in those few extra hours of studying before a test can help them do better. However, research suggests that the opposite is true.

Getting enough sleep can help improve students’ memory, making a quick nap during a study break one of the easiest ways to boost learning – as long as it’s accompanied by effective learning strategies.