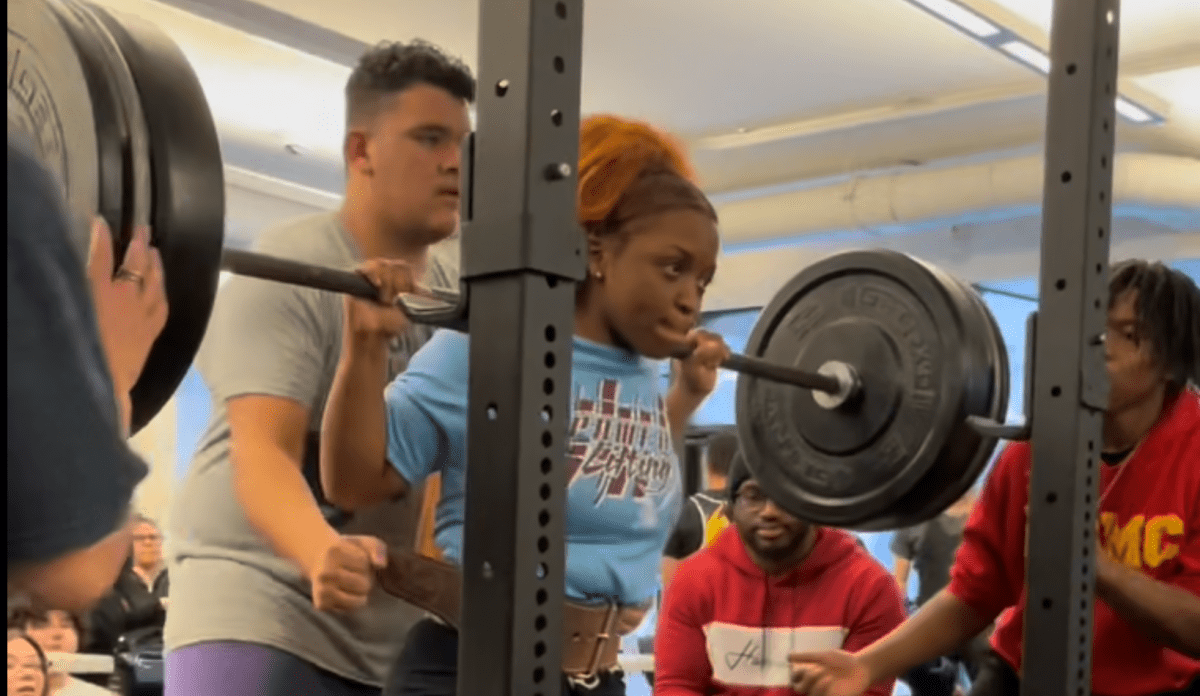 Coach Martin Quiroga, the head powerlifting coach at Golder Prep Academy, wanted to start a powerlifting team because of some hard lessons he learned while playing college football. At the time, he felt that he was at a disadvantage, both physically and schematically, compared to his peers. He knows now that strength training can be a differentiating factor. Starting a powerlifting team would give the students at Golder College Prep the physical development and the knowledge that he felt he lacked as a young athlete.

On choosing the IHSPLA for competition, Coach Quiroga says, “Ever since I heard of the IHSPLA and the life lessons it provides for our young student-athletes, I knew I wanted to be a part of the organization and breathe life into the dreams of our young people.”

“When I heard of the @IHSPLA and the life lessons it provides for our student-athletes, I knew I wanted to be a part of the organization and breathe life into the dreams of our young people.” -Coach Quiroga (@margoyis72):

Anyone who has ever hosted a powerlifting meet knows that the challenges are formidable. Coach Quiroga had to marshal a large force of spotters, loaders, table workers, and judges and prepare for spectators. Leading up to the meet, he realized that Golder College Prep needed thinner weight plates so these had to be quickly ordered. He actually had to pick up the weights and deliver them to the school in his Hyundai Sonata! After weeks of planning, the meet was scheduled for Saturday, December 10th.

Individual results (up to 3rd place for the men’s and women’s divisions included the following:

There were several outstanding individual performances at the meet. In the Women’s Division Squat, Jayla Patterson from Romeoville (210lbs) and Ajiya Casarrubias from Herscher (240lbs) each broke the 200lbs barrier.

In the Women’s 165 Division, all three competitors, Brianna Wylie and Ava Siu from New Trier (235lbs/280lbs) and Samya McIntosh from Kankakee (260lbs) all squatted over 200lbs.

The biggest squat among the women was turned in by Kankakee’s Guadalupe Valez-Cruz in the 181lbs division. She squatted an astounding 300lbs.

The 400lb squat barrier was broken by Isai Brito from Kankakee (425lbs), Gavin Shahan from Romeoville (450lbs) and Maxwell Jiang from New Trier (475lbs). In the 181lbs division, New Trier’s Isaac Castillo recorded a 445lbs squat, an astounding 2.5x over his bodyweight!

The heaviest bench of the meet was recorded by New Trier’s Jiang, who pressed 300lbs in the 242 division.

Several of the men broke 400lbs in the deadlift, including Nagel, Brito, and Ramos (405lbs), Orozco (410lbs), Elliot (425lbs), and Castillo (495lbs). Two lifters, Shahan and Jiang, both deadlifted over a quarter-ton. Shahan turned in a 515lbs effort while Jiang topped all lifters with a 575lbs pull.

The meet was a great success. Coach Quiroga would like to personally thank Jessie Weingartner, the principal at Golder College Prep for enthusiastically supporting the event and Josh Carpenter, the Golder College Prep AD for providing the facilities and resources to make the meet a reality. Also, Jim Davis and Joe Lim from the IHSPLA were on site and provided experience and leadership that resulted in the event running smoothly.  Lastly, he would like to thank all the coaches and lifters who participated in the event and made it a success. He hopes that everyone improved as a result of competing and he is looking forward to competing again soon.

Interested in starting a powerlifting team, check out “How to Start a Powerlifting Team, Part 1” and if you’re in Illinois, reach out the IHSPLA to join the fun!