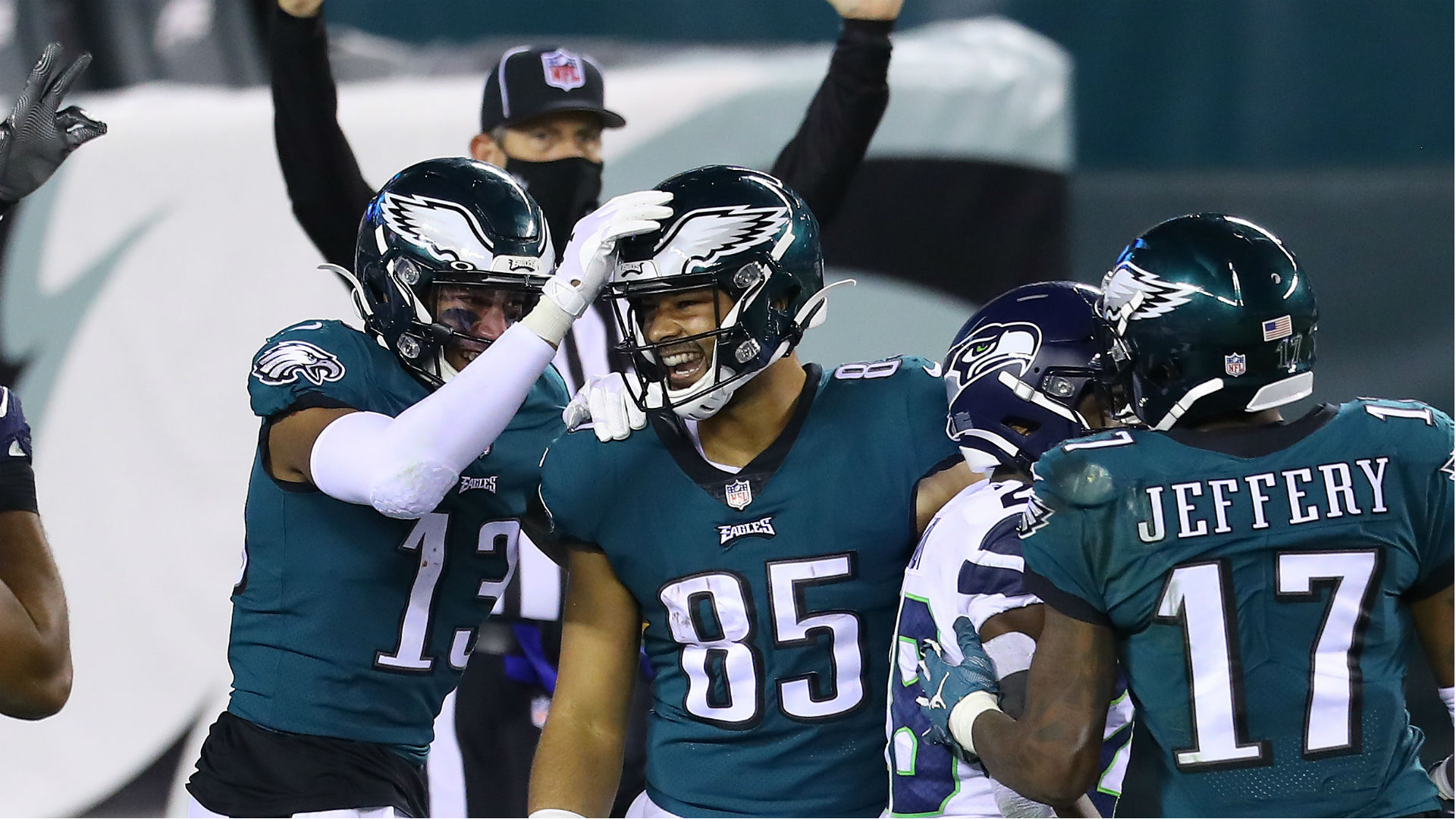 The Eagles did not win their Monday night game against the Seahawks, but at least they managed to cover the spread.

Philadelphia was a 6.5-point underdog at home entering the contest. It fell 23-17 after a margin-reducing Hail Mary score in the final seconds. For those with money at stake, that final sequence carried significant implications.

The Seahawks pushed their lead to 23-9 with 1:13 to play, making Seattle a pretty safe bet to cover. But then Carson Wentz heaved a prayer to the end zone, and Richard Rodgers hauled in the pass after a deflection for a 33-yard touchdown with 12 seconds remaining.

OK, no big deal. If you’re a Seahawks bettor, you’re probably thinking the Eagles will kick the PAT to make it a 7-point game. But no, Philly opted to go for the 2-point conversion, likely hoping to recover the onside kick and potentially go for the win in regulation on a touchdown and PAT.

Myles Sanders found the end zone with an easy run up the gut, likely sending Eagles bettors into a frenzy.

Gee, wonder if that play cost anyone some big money? Well, how about $500,000? Someone bet half a million on the Seahawks, and lost it all on that one play.