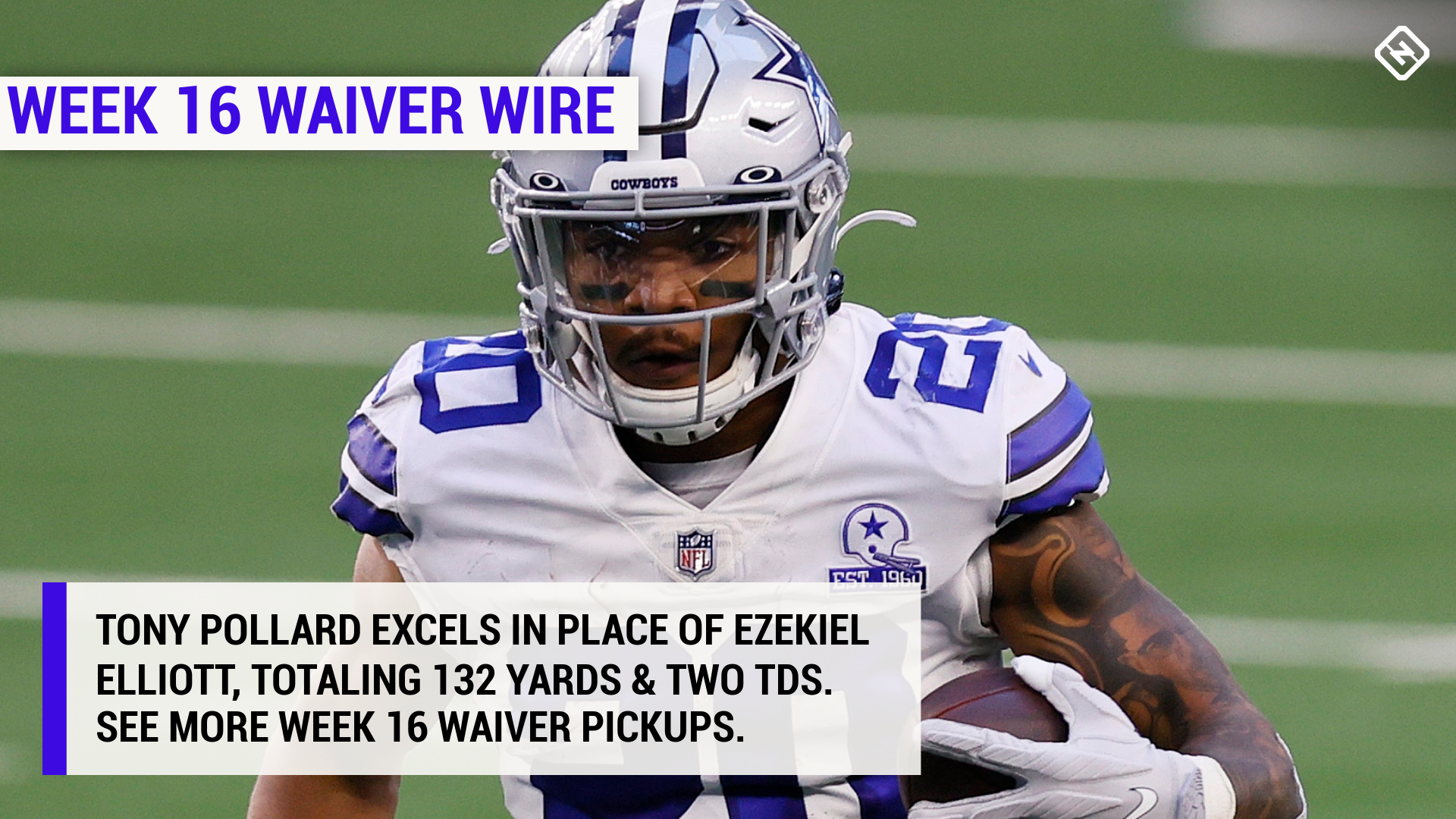 Every year, random RBs and WRs are starting for teams in fantasy football championship games, and this year, it looks like Tony Pollard and Salvon Ahmed will be among those players, as both headline our top Week 16 fantasy waiver wire pickups and free agent adds. Pollard and Ahmed weren’t the only “handcuff” RBs to break out last week, as Sony Michel also played well in relief of Damien Harris and Le’Veon Bell scored even before Clyde Edwards-Helaire suffered a potential serious leg injury. Russell Gage, Lynn Bowden, Keke Coutee, Jalen Reagor, Greg Ward, and Darnell Mooney are also seeing frequent targets and could find themselves in WR3 spots next week.

Our full free agent list features a host of streamers at QB, WR, TE, and D/ST for Week 16, including Jalen Hurts, Rashard Higgins, Tyler Eifert, and the Chargers D/ST, among many others. Matchups are more important than ever with your season on the line, so don’t be afraid to explore all possibilities. The streaming options can be found at the end of this list.

Obviously, there’s no reason to hold back your waiver claims now, so go all-in for whoever you might need or whoever you want to keep your opponent from getting. And don’t be attached to anyone you’re not going to play this week. You’re better off having viable starting options and emergency handcuffs (at multiple positions) on your bench than a middling player in a bad matchup who’s been on your team most of the year.

There’s no need to overthink things when it comes to who you actually choose to start, but make sure you give yourself the best options and play proper defense against your opponent. — Matt Lutovsky