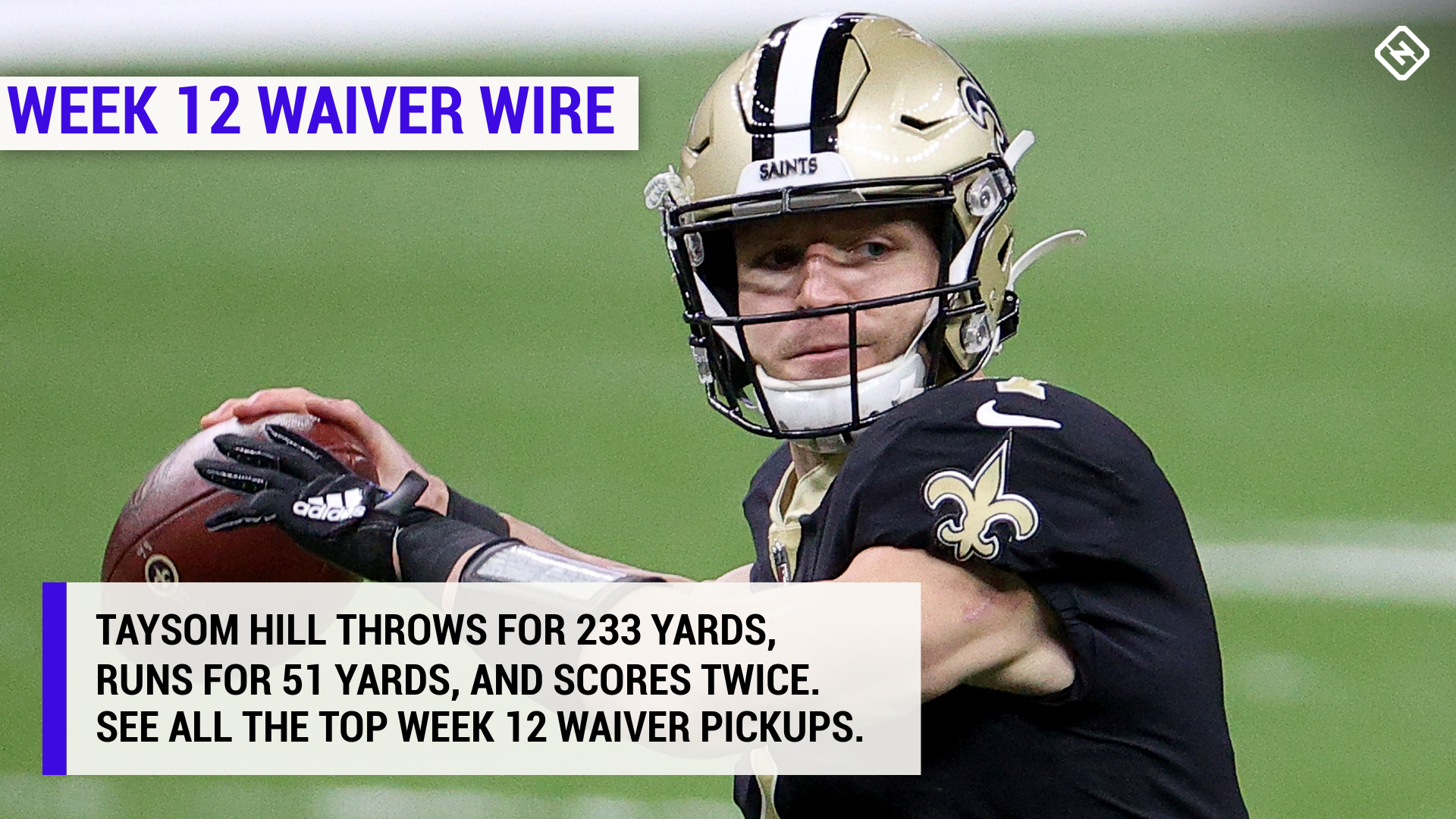 Taysom Hill was the talk of the fantasy football world all week, and he did enough in his first start at QB to be among the top Week 12 fantasy waiver wire pickups and free agent adds. Of course, if you’re playing in a league where Hill is TE-eligible, he’s almost certainly already on a team. In the leagues in which he’s only eligible at QB, he’s now officially worth stashing. That’s true for players at other positions, too, like Curtis Samuel, Carlos Hyde, La’Mical Perine, Frank Gore, Michael Pittman Jr., Nelson Agholor, and Tim Patrick.

Yes, that list of names doesn’t exactly inspire a lot of excitement, but at this point in the season, you’re generally not going to find a lot of breakouts or diamonds in the rough. It’s all about injury replacements and matchup-based streamers. Our full free agent list is full of similar players, including several who were on bye last week (Wayne Gallman, Jordan Reed, and Cam Akers). It’s important not to forget about these guys just because they didn’t play this week. As always, we also have a bunch of Week 11 streaming recommendations at QB, TE, and D/ST, which can be found at the end of this list.

You’d likely have to be pretty desperate to use a high waiver claim this week. As much as we like Hill, it’s unlikely you have that glaring of a need at QB. Guys like Agholor, Samuel, and Reed could provide plenty of value, but neither are worth a high or even mid-tier claim with all but two teams having already had their byes (and no teams off next week). Some of the RBs are more interesting, mainly Gallman because we know he’ll be starting for at least the next two games. If we know for sure that Peterson will be starting next in a highly favorable matchup or Gore will have the backfield to himself, then it’s possible they’re worth a high claim if you have a big hole at RB/flex.

There’s no real need to “save” your waiver claim position at this point, especially if you’re fighting for a playoff spot, but if you don’t need an immediate fill-in, then you might as well wait and see if there’s a big injury or breakout next week. — Matt Lutovsky