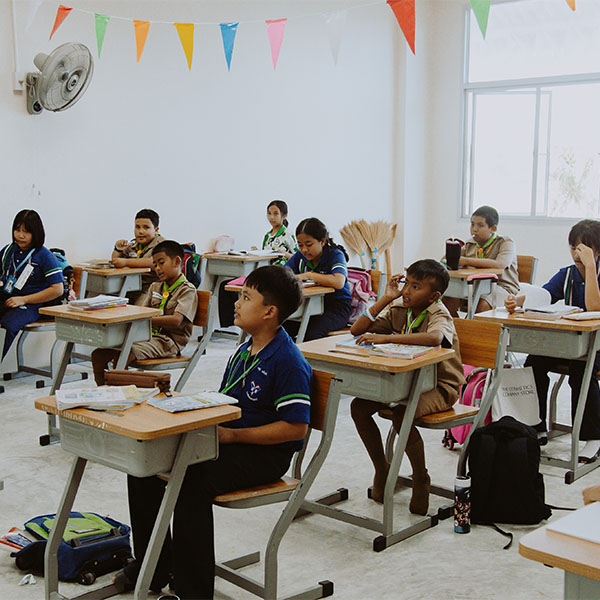 being in the room where it happened

How often have we had the opportunity to be in the room, at the table, when a revolution begins? And how often in our naivete do we simply navigate the waters, doing what needs to be done, but not realizing the enormity of what happened in that room until years later? Emerging before our eyes is a learning revolution based on cognitive science and robust research. The research began in my own classroom, and what scientists learned there is making its way around the globe.

Here’s my back story:

My teaching career began in a small school district in southern Illinois, USA in the early 1990s. My subject was World History, appearing in our curriculum for sixth graders for the first time. But after having taught for over 12 years, I was perplexed. The majority of my students received excellent grades, yet some did not. Why?

I didn’t know the “how” nor the “where” of learning to answer the “why” of differences in success between my students. Up until this time, most research on learning in the United States had been conducted at universities, in laboratories, with college students. The scholarly papers were published in academic journals and the findings were locked in ivory towers. And even though, at this time, I also served as adjunct faculty at two local universities teaching pedagogy to instructors pursuing advanced degrees, I wasn’t aware this information existed. An epiphany arose: I had been taught how to teach, and I taught others how to teach, but I had no idea how we learn.

I had a serendipitous meeting with Dr. Mark McDaniel, a cognitive scientist at Washington University in St. Louis, Missouri. He was researching memory, and, for the first time, I began to see a connection between learning and the science of memory formation. Could this be the link to success for the students who were not doing well? Mark introduced me to Dr. Henry Roediger, another cognitive scientist from Washington University. McDaniel and Roediger are authors of Make It Stick. I was not aware of their credentials or expertise; in fact, even the term “cognitive scientist” was lost on me. To me, they were simply Mark and Roddy (In hindsight, I shake my head at the audacity!). I remember having them over to my house in the country, enjoying a glass of wine on the porch amidst the trees, as conversations continued. I told them of my frustrations at the disconnect between teaching and learning. They discussed their research ideas. The lightbulb moment happened: they wanted to study how students learn in an authentic, public-school classroom. Would I consider a research study in my classroom? My immediate thought was that this might be of benefit to my underperforming students.

Many stakeholders were involved in deciding whether the study would go forward: my district’s administration, the community, and funding became the hurdles to overcome. Meetings with my school principal and superintendent ensued. A question from my superintendent became my focus: why do you want this? I answered with conviction: “I want to know how my students learn.” Roediger and McDaniel obtained funding through the Institute of Education Sciences, my administration gave the approval, I obtained permission from the parents of my students, and in August 2006, we were ready to begin.

On that day, I met another researcher from Washington University, Pooja Agarwal. As we climbed the staircase to my classroom, we pondered. Where should we begin? We knew the focus of the study was testing (which we now refer to as retrieval). There were no studies for us to replicate. We were granted the autonomy to devise and create and take our ideas to the Washington University cognitive scientists for their input and approval. For the first semester, 18 weeks, Pooja was in my class daily, observing my teaching. We had weekly meetings devising research methods. To me, this process was invaluable. I was not expected to change my teaching to fit the research design; rather, the design was of mutual respect for the research, the teaching, and the students. In January 2007, the research on retrieval (as measured and encouraged by testing) began.

Later that year, I was invited to be the sole US K-12 teacher to work with cognitive scientists, in conjunction with the Institute of Education Sciences in Washington D.C., writing Organizing Instruction and Study to Improve Student Learning. Once again, I had the good fortune to have a seat at the table. The recommendations emerging from this guide gave me clues for designing further experimental research with my students. For the next few years, Dr. Agarwal and I studied how spaced practice, interleaving, and feedback-driven metacognition played a role in retrieval and learning. I saw firsthand how my students flourished using the methods we studied. And I saw how they went from a simple recall of facts to deep and critical thinking; this allowed me to devise and develop strategies based upon the research.

About ten years after the research started in my classroom, I was beginning to gain a clear vision. Through robust research we had shown that grades, learning and knowledge retention showed great gains. I had another epiphany. It wasn’t me, the teacher, making this difference. It was the research and evidence-informed methods and strategies I was using. And every teacher, no matter where in the world the classroom may be, could have the same success with students. To document our story, and provide a map for others to follow, Dr. Agarwal and I published Powerful Teaching: Unleash the Science of Learning. Excerpts from the book can be found here.

The learning revolution and research continue. What began in my classroom has expanded into many schools. A meta-analysis and research database can be found here. My bookshelves are filled with books rooted in cognitive science and the authors feel like kindred spirits. What was once tucked away in journals and ivory towers is now available to all. Each time a teacher reads a research and evidence-based book, attends professional development on the science of learning, listens to a similar podcast, and incorporates the findings in the classroom, another seat is added to the table and the number of participants in this revolution increases.

And as we encounter new teaching methodologies, our new standard and duty is to ask: “On what evidence is this based?”

Little did I know that my simple question, “How do we learn?”, would be answered by science-based methods that have spread globally, and have become mainstream for many. My curiosity about learning led to answers that enabled me to begin the first day of every school year with: “I’m your teacher and I’m going to teach you how to learn,” because I know it works. I was in the room where it happened.

We would like to thank Patrice M. Bain, author of Powerful Teaching: Unleash the Science of Learning, for sharing her story with us and writing this blog. You can follow her on Twitter @PatriceBain1.