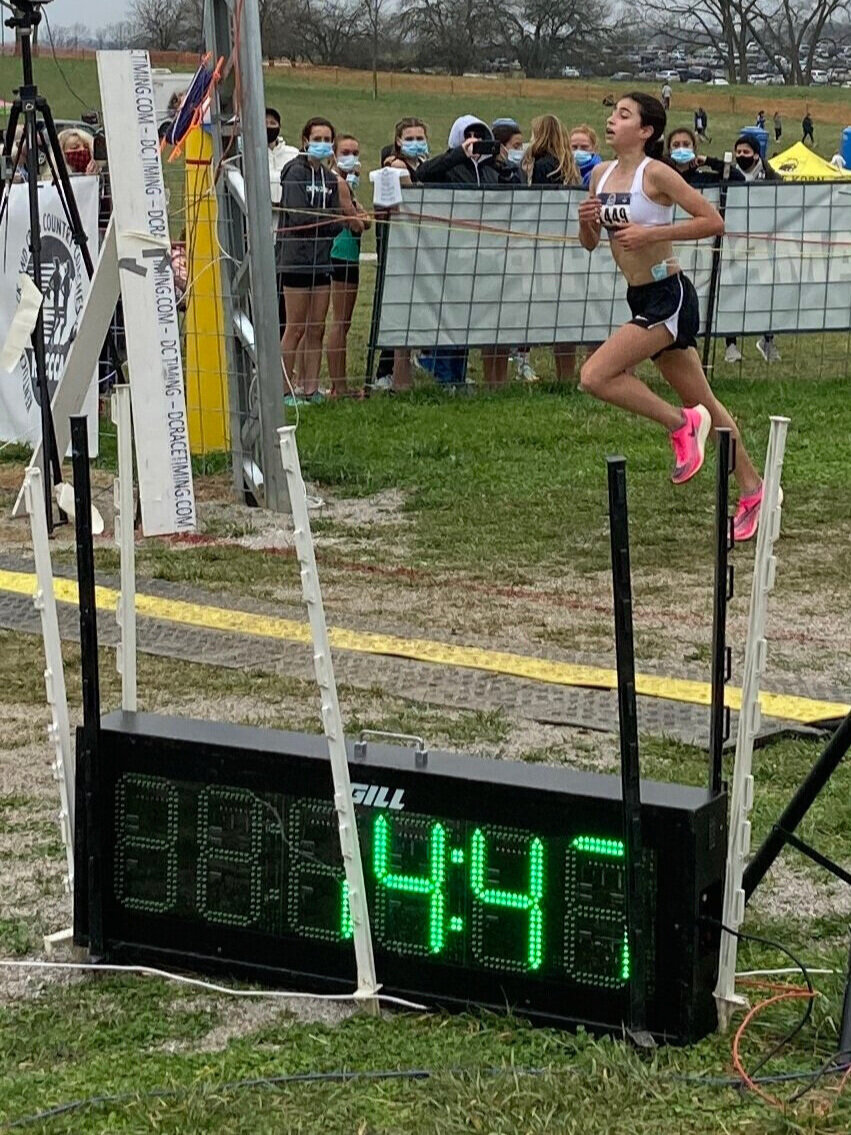 
Having seen her unorthodox, bounding stride develop over the last year and a half, from the start of the girls 13-14 4k race, Alexis had the race all but sealed. In the top-10 after a mad dash into the first turn at 350 meters, Alexis steadily picked off runner after runner, maintaining the same cadence that earned her a 17:58 5k at the Scary Run in Washougal, WA on Halloween day. Never was there a sense of urgency, as the Seton Catholic freshman from Camas, Washington was in complete control of her destiny. Her victory over the second wave of competition at the USATF Junior Olympic race, a 14:47.20 performance, only makes us wonder what could have been had she been able to race in wave one.