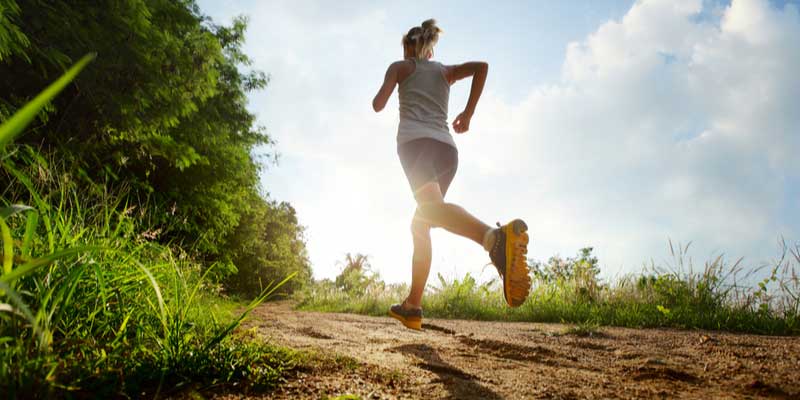 A scaffold for student mindfulness training

Attention is a skill. As technology improves and phones tug at the nervous systems of our students, it is a skill we should deliberately cultivate. Research has shown that “off-task” use of technology has become normalized in the classroom. Students are distracted more than ever before. Teaching the skill of attention is essential.

Mindfulness can be an effective way to improve attention. The research often distinguishes between Open Monitoring (OM) and Focused Attention (FA) practices. Changes in brain activity for experienced FA practitioners correlate with improvements in the ability to sustain attention. While these documented changes should not be overstated, they are encouraging, especially since studies with experienced practitioners “correlate with a significant decrease in emotional reactivity.”

It seems as though attention can be learned just like any other subject, and mindfulness might be the ideal curriculum.

There’s only one problem: those who are most in-need of attention-improving interventions are those who already have attention concerns. We learned this the hard way over the course of 18 sessions with a Learning Strategies classroom at a Boston-area high school.

The participating students were being supported for a history of emotional and behavioral concerns, and most were experiencing high anxiety with ADHD diagnoses. Mindfulness seemed like a good idea. The problem was that we were asking students to engage in a practice that centers around stillness and focus, with a group of students who were gathered together for their common inability to do just that.

This group of fidgety adolescents couldn’t just jump into stillness. Instead, we decided that a more neutral entry was in order. Low-intensity exercise provided a way to warm up the students, both mentally and physically—it changed their state. Once this new state was achieved, we entered into a breathing and mindfulness practice.

“Sit still and be #mindful” — Those who are most in-need of attention-improving interventions are those who already have #attention concerns – what if we add #movement to a #mindfulness practice? 🧠

Intentionally moving through a list of bodyweight exercises took some getting used to, but ultimately became something the students enjoyed. It served both a physical and a psychological purpose.

Psychologically, we found that although some students were resistant to the term “mindfulness,” they did not have the same relationship to the term “movement” or even “mindful movement.” (Important to note, there was resistance when we used the term “exercise.”)

Beginning our sessions with movement allowed us to coax out any anxieties participants might have about the impending session. Similar to writing away test anxiety, we talked through our concerns while engaging in physical activity. Instead of asking a group to sit down and be quiet as the mindfulness practice began, this allowed us to ease into the session.

This approach not only allowed us to capitalize on the positive neurological benefits of exercise, but to address the very real concern that physical tension is aligned with emotional tension. The movements we selected aim to improve flexibility and range of motion while reducing muscle tension.

Walking lunges were the opening movement of choice, since they improve hip mobility while increasing circulation through the body (which is especially helpful during sedentary school days). As we lunged back and forth through the space, we asked students to co-ordinate different arm positions and perform subtle trunk rotations to loosen up the musculature of their back and posterior chain.

Lunging through different postures and positions also provided the opportunity to begin paying attention to the moment. The hustle of crowded hallways faded away. The students began to notice their posture, their joint alignments, the length of their strides and the rhythm of their breathing.

Ellen Langer, a Harvard Psychologist who literally wrote the book on mindfulness, might agree that this is an ideal way to enter a mindful state. She believes that while meditation and Yoga are helpful for some, they are means to a mindful end. But there are other paths.

Instead of extended periods of meditation, Professor Langer engages in “active noticing.” She suggests that simply noticing three new things about a person or an environment—without judgment—is enough to bring one’s attention back into focus.

We transitioned from mindful movement to an alignment of posture. The posture we generally encourage includes sitting in a comfortable position, “aligning our spines” to achieve a torso that is long and tall but not tense, and settling the corner of the jawbone in a position above or behind the collarbone. This position relaxes a bit as we breathe, but working towards the achievement of the position gets participants further in tune with their physical state.

Once the group found its posture, we focused on breathing. We began with an “in through the nose, out through the mouth” cadence. We encouraged the breathing to be deep, slow and controlled. Students were asked to close their eyes when they felt comfortable, and focus only on the breath.

Next, we began the instructions for how to handle intrusive thoughts: as one appears, simply let it go and come back to the breath. In through the nose; out through the mouth. We noticed our chests expanding, our bellies rising and falling. We took a moment to just … breathe. We did this until student faces softened and their breathing became rhythmic and steady.

From there, we slowly worked through visualization techniques.

Over the course of those 18 sessions, we did body scans and other exercises that required the harnessing of attention. The most common visualization technique we used included asking students to recall their last vacation. If they couldn’t remember a vacation (or had not been on one), we asked them to visualize the last time they were truly comfortable.

We asked them to go back to that place—perhaps the beach, maybe the mountains or in a cabin near the woods—and remember what it looked like. We asked students to begin with the scenery, and then asked them if there was any running water, and if there were any animals or any birds flying through the sky.

After we gave them a moment to recreate, we asked students to think of what it sounded like, and then what it smelled like, if they could remember. And if they could not, no problem. They were directed to sit in that place that was so comforting, so relaxing, and take in that positive moment.

Students routinely told us they experienced their greatest sense of calm during the visualization portion of the sessions.

Transferring that sense of calm, or returning to it on command, is a significant challenge. After a few weeks of practicing these strategies, we asked students to use bits of them (namely, the breathing techniques) in their daily lives. We reminded them that a crowded lunchroom full of potential stressors can become more quiet if they simply focus on their breathing. In through the nose; out through the mouth.

Students admitted that it was difficult to transition these strategies to their daily lives at first. Towards the end of our time together, however, we heard encouraging stories of students losing focus or becoming anxious in class, but recognizing it, taking a breath and returning to the moment.

For an adolescent, this degree of control is empowering.

After our most recent intervention, the collaborating teacher said that he “witnessed (his) high-anxiety, and significantly dysregulated students learn and apply meaningful mindfulness techniques throughout the course of the year.” This instructor not only assisted in the facilitation of sessions, but participated as well, since he had seen the positive results firsthand.

He added, optimistically, that “for those who have transferred those practices to challenging and high-stress situations in their lives, they have learned an invaluable strategy to cope, persevere and endure. The long-term benefits are immeasurable.”

After our final session with the class, we had students fill out a brief survey. We asked them to reflect on the year and record their improvement in three core areas: Ability to be Present and Focused in the Moment, Ability to Pause and Reflect, and Ability to Apply Mindfulness Lessons in their Lives.

On a Likert scale, where 1 was no improvement and 5 indicated high improvement, students averaged a score of 3.8 in these important areas, noting in the write-in section that “some days this was the best part of my day,” and “I wasn’t sure at first but now I really like it and try to use it all the time.”

There was one student who did not fill out the survey. This is worth noting.

He was against the idea from the beginning of the year. Although he was one who teachers thought might benefit most from mindfulness practice, he was completely unwilling to participate. We decided that this was absolutely fine. He certainly should not have to engage, but the rule throughout these sessions was that he could not interrupt the opportunity for his classmates. He agreed and (mostly) adhered.

Though it is appropriate to try to alleviate mild discomfort in order to open one’s eyes to the benefits of mindfulness, the practice should not be forced. If it was forced, all of the positive benefits would surely be uprooted by the corrosive effects of stress-induced cortisol on the areas of the brain essential to cognitive function. Mindfulness should be an offering, not an oppression. When used in schools, it should be context-specific and pay attention to individual student needs.

Our experience, combined with the research on the benefits of Focused Attention and advice from esteemed psychologists such as Ellen Langer, makes it clear that regular mindfulness practice can benefit students. That is, if it is implemented well.

As with any curriculum, implementation matters. To ensure a mindfulness intervention stands its best chance of being successful, educators should go along for the ride as well. Educators, take a breath. Give it a try. It will be worth it.

To schedule a workshop with your team, contact us HERE.