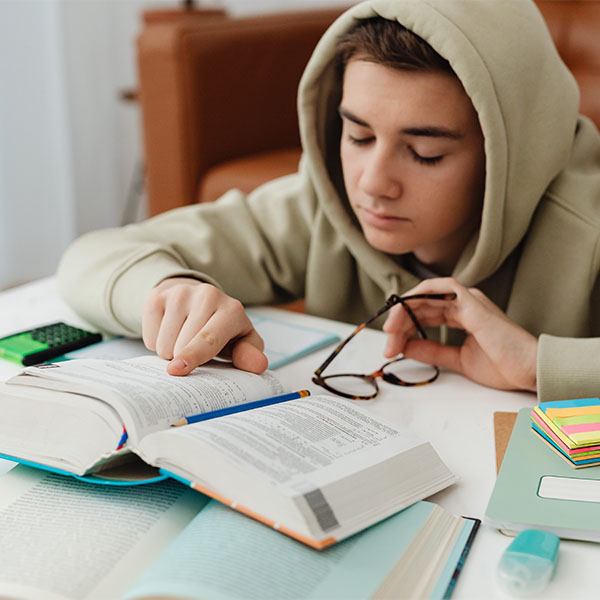 5 reasons why students don’t put the effort in


There is arguably nothing more frustrating than seeing a student not reach their potential due to them actively choosing to not put much effort in. This self-sabotaging behaviour can hinder their learning, development and performance. But why might students choose to not try hard? Beyond seeing it as “laziness”, there may be five different, but related, thought process that lead to them not working hard.

Let’s have a look at some of these reasons in detail, as well as how to help your students change their view of effort…

However, it is important for students to know that the brain itself is not a fixed entity. One of the most famous examples of this in the research is based on London Taxi driver. They have to learn thousands of routes and road names to pass The Knowledge, which allows them to become a black cab driver.

Research has shown that the hippocampus, the part of the brain associated with spatial memory, significantly grows whilst they are studying for The Knowledge. The effort and learning it takes to successfully pass the test changes their brain.

Helping students understand that where they start doesn’t have to be where they finish, is powerful. It can lead to them not putting themselves in boxes (i.e., “I am not a maths person”). As a result, it may motivate them to put in more effort.

Some of your students might think that effort is risky, in the sense that if they do try hard and fail, they can feel vulnerable to the judgement of others. Whereas if they don’t put any effort in and then fail, they can use the excuse that they weren’t trying anyway. This thought process may well be associated with a high fear of failure.

As a result, with this thought process, students may focus on the worst-case scenario. Fears of being seen as “dumb” by others only confound this. However, by actively disengaging, they will essentially fail by default.

Another misconception is that students confuse intelligence with speed. Or ease. This means that, in their mind, the only people who try hard are the ones that need to. As they don’t want others to see them as not being smart, they therefore publicly and actively make a performance of not trying hard.

If intelligence can be developed, then effort, as well as learning from our mistakes, is probably our best bet for how to do so. One way to navigate this is to talk about how learning should be challenging. Mistakes, if learnt from, offer a vehicle for improvement. Instead of seeing them as something to avoid, they are to be embraced.

Generally speaking, human beings (and especially students) prefer to take the path of least resistance, which means using the least amount of effort to get the results that they want. This is a common mindset – we’re all guilty of looking for a struggle-free shortcut to replace the long route. However, study strategies that many students prefer (as they require the least effort in the short term) tend to be the least effective.

Research has shown that students mistakenly rated study strategies that require more mental effort such as Retrieval Practice and Interleaving as worse for their learning. They were also less likely to choose these techniques for the future. Unfortunately, some students make the mistake of thinking that putting in more effort means that they are learning less, which is the contrary of the truth: the harder we think about something, the more likely we are to remember it.

Some students equate feedback as a negative judgement of their character. Likewise, if students only seek out praise, then when they get feedback, they confuse it with criticism. Whenever people feel judged, it is a common tendency to get defensive. This is why some students spend more time arguing the feedback then they do actioning it.

One way to help them with this is to help guide them on how to receive feedback appropriately. Yes, it may be our responsibility to give them high quality feedback, but time should also be spent helping them understanding how to ask and receive it.

There are many factors that influence how much effort your students are willing to put in. Fundamental to this is how they view their own ability and the nature/purpose of feedback.

Understanding the varying thought processes that goes in to why some students actively disengage from a task can help us to support them into making better decisions around how hard they work.