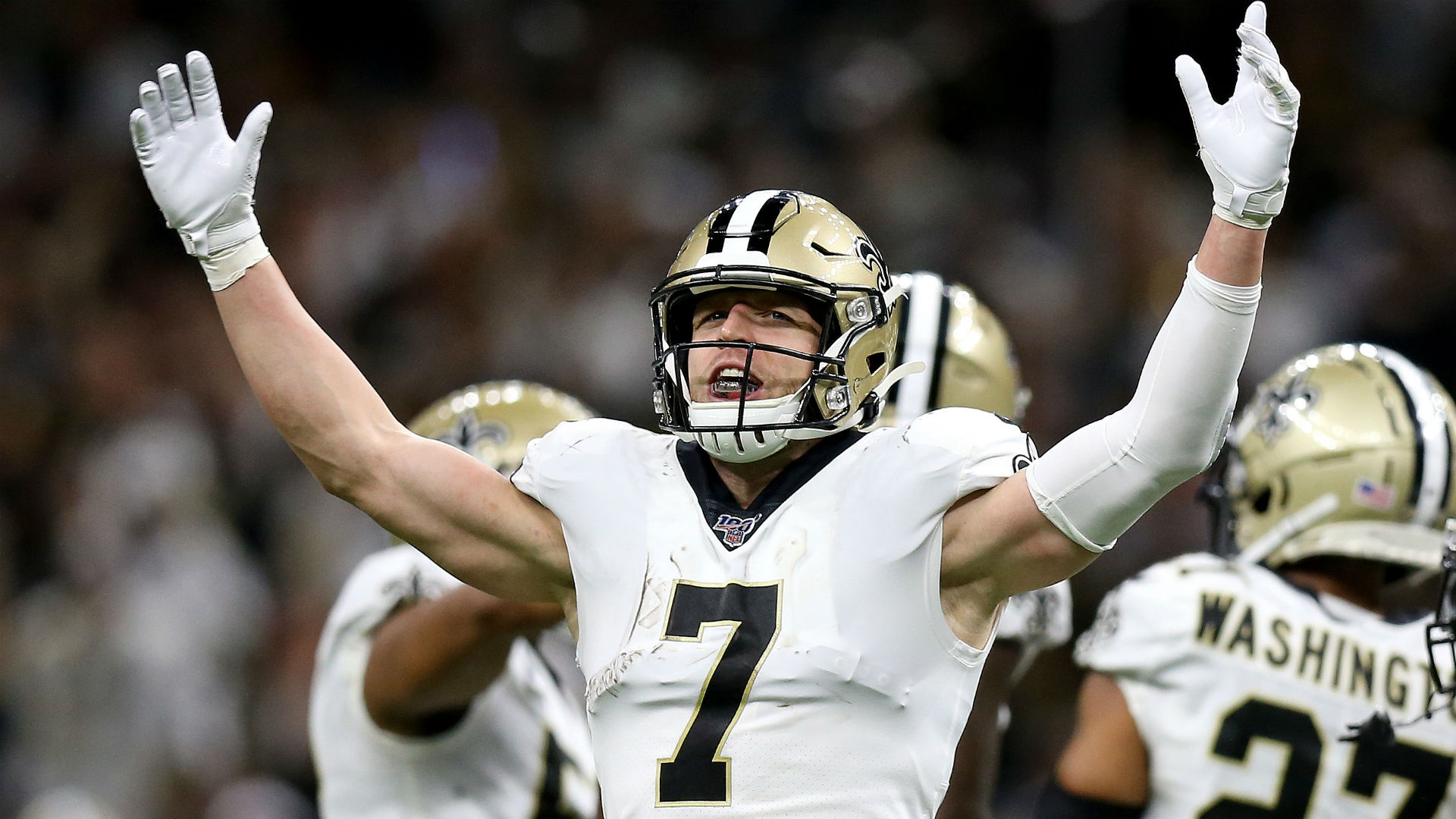 When Drew Brees exited New Orleans’ Week 10 game with an injury to his ribs, it was Jameis Winston who got the major quarterback snaps. Taysom Hill didn’t throw a pass.

But after a week of preparation, it’s Hill who was chosen as the starter for Week 11 against the Falcons (3-6). Rather than pick the quarterback who threw 33 touchdowns (and 30 interceptions) in 2019, Saints (7-2) coach Sean Payton picked the oft-used gadget player Hill and his 18 career regular-season passes. While the choice wasn’t made for only one reason, NFL Network’s Ian Rapoport reported on a main one Sunday morning.

“Sean just wants to know,” Rapoport wrote that a source with knowledge of Payton’s thinking said.

MORE: Why Taysom Hill is tight end-eligible in some fantasy football formats

Why is Taysom Hill starting at QB for the Saints?

The Saints got ahead of things by signing Hill to a two-year, $21-million contract ahead of the 2020 season. They knew he was useful as a combination special-teams/tight-end/wildcat-quarterback, at the very least. But that was a lot of money to pay a gadget player.

What Rapoport’s source is alluding to is this: Payton wants to know whether Hill can be New Orleans’ starting quarterback in the future. Brees is 41 and is now looking at a multi-week absence due to injury for a second consecutive season. At some point, Payton’s reign in New Orleans will coincide with a passer other than Brees. Can Hill be that guy?

Sunday’s game will only start to determine Hill’s future outlook. The Falcons are one of the league’s worst pass defenses, and Payton likely has altered his play-calling plans to more greatly utilize Hill’s running. But the Ravens have made running work with Lamar Jackson. The Cardinals have done it with Kyler Murray, and the Bills have done it with a big-bodied quarterback like Hill in Josh Allen. It’s not obvious that Hill has the arm talent of any of those players, but there’s only one way to find out, and Payton has chosen that route starting with Week 11.

What’s the outlook for Jameis Winston?

According to ESPN’s Adam Schefter, Hill’s start Sunday doesn’t stop Winston from being New Orleans’ quarterback of the future. Winston signed a one-year deal for the 2020 season, likely in the hopes of restoring his value much in the way that Teddy Bridgewater did a season ago before getting a big contract with Carolina.

Schefter writes that “Winston has impressed Saints coaches and players and remains a potential part of New Orleans’ long-term plans.” Winston completed 6-of-10 passes for 63 yards in relief against the 49ers, but it’s possible that if he starts at some point in the future, Payton would draw up more downfield passes to take advantage of Winston’s superior arm strength relative to Brees.

Whether Winston’s next consistent NFL starts come in New Orleans or not likely depends on Hill’s play. If the next few weeks are a coming-out party for Hill, Winston could seek a starting job elsewhere in the offseason, and if the reviews from the Saints are positive, the former No. 1 overall pick could find a soft landing.

How long is Drew Brees out?

Brees was placed on Injured Reserve on Friday, Nov. 20. In 2020, placement on IR means a player has to miss at least three weeks.

ESPN has reported that “four to five weeks” has come up in discussions about Brees’ absence. Ed Werder reported Saturday that doctors have found a total of 11 fractures in Brees’ ribs in addition to a punctured lung.