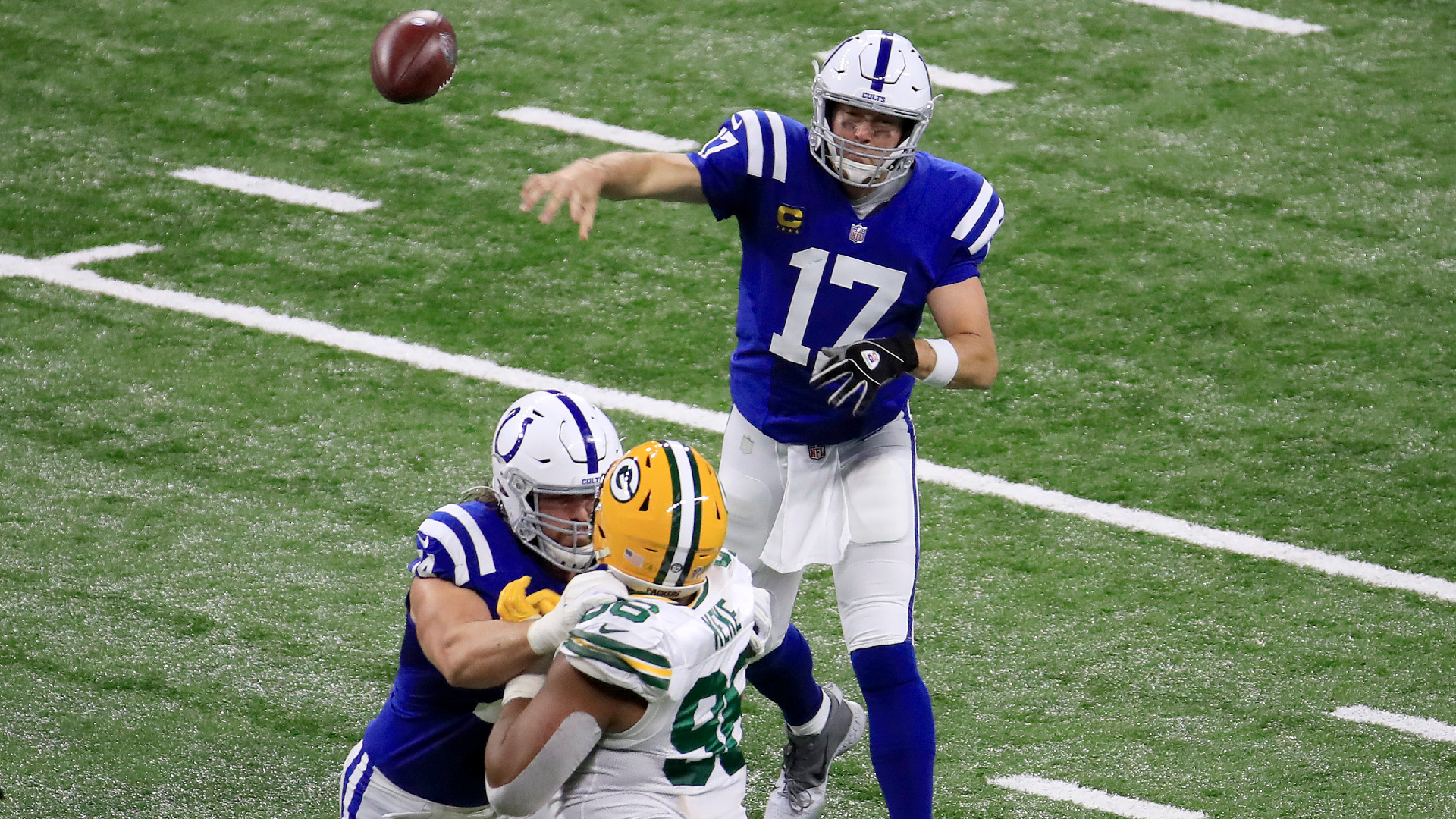 Colts quarterback Philip Rivers insisted he would be fine after suffering a toe injury in his team’s victory over the Packers.

The Colts recovered from a 14-point halftime deficit to edge the Packers 34-31 in overtime on Sunday, improving to 7-3.

BENDER: Packers can lean from, bond over how Valdes-Scantling dealt with fumble

It was Rivers’ 13th career start in which his team came from 14-plus points down to win, the second-most such comebacks by a quarterback in NFL history, behind only Peyton Manning’s 16.

Rivers briefly left the game with a toe injury, but the 38-year-old said he would be OK.

“I’ll be all right. I just got my big toe there. I’ve never had anything with a toe,” he told a news conference. “It’ll be a sore week, but I anticipate being fine.”

Rivers completed 24 of 36 passes for 288 yards, three touchdowns and an interception as the Colts overcame Aaron Rodgers’ Packers.

Rodrigo Blankenship drilled two field goals in the fourth quarter before Mason Crosby responded for the Packers to force overtime, but the former’s 39-yard effort was the game-winner for the Colts.

“It felt like a big game when we came out for warmups. It had just a little more energy to it,” Rivers said.

“Our fans were great. Green Bay, they haven’t been able to go to one of their home games yet so you knew they were going to be fired up. They’re fired up everywhere they play on the road, but I think it was a little more so the fact that they hadn’t been able to see their team play yet.

“Aaron Rodgers is over there, it’s the Green Bay Packers, the best team record wise in the NFC so it did feel that way, a team you only get to play once every four years.

“Obviously they got off to a big lead, being up 14 at halftime was a tough deficit against that group, but our defense, did they tighten up and anchor down there in the second half. They really shut them out until the last field goal at the end of regulation and then we really got going offensively.”

The Colts lead the AFC South ahead of the 7-3 Titans, whom they will face next week.