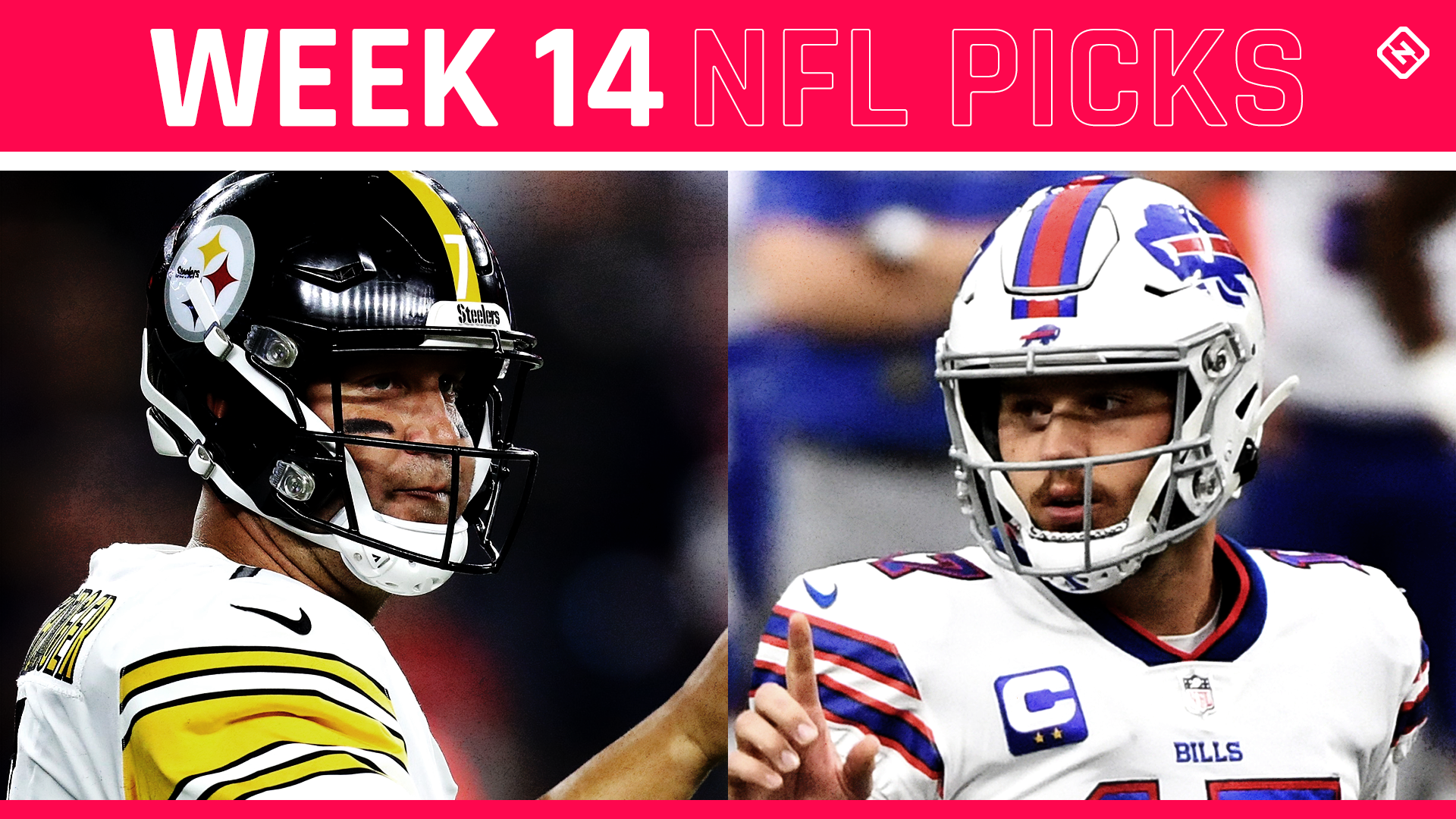 
Week 14 of the NFL season offers a preview of the AFC playoffs.

There are four games between AFC teams with winning records. That starts in the 1 p.m. ET slot with Kansas City and Miami. Indianapolis faces Miami in the 4:05 p.m. ET spot.

That is sure to shake up the playoff picture.

With that as the mind, below are our picks and predictions for the rest of Week 14:

The Patriots are back in the playoff hunt and have allowed less than 300 yards of offense in their last two games. Can that trend continue against the Rams? Jared Goff passed for 351 yards last week after being called out for too many turnovers. Los Angeles has a good defense, too.

Brace yourselves for a week of Mitchell Trubisky-Deshaun Watson comparisons from the 2017 NFL Draft. The Texans are favored, and the line has jumped up a point. David Montgomery helps Chicago control the clock at home, and the Bears keep their slim NFC playoff hopes alive.

Andy Dalton returns to Cincinnati and will make a start against his former team. The Bengals, meanwhile, has averaged just 10.8 points per game through a four-game losing streak. Dalton leads the Cowboys to victory on the road, and that puts even more heat on second-year coach Zac Taylor.

The Dolphins remain in the playoff hunt, and this is the first big-time matchup for rookie quarterback Tua Tagovailoa. The Dolphins rank second in the league in creating turnovers (20), but the Chiefs will not give them enough opportunities. Patrick Mahomes II has thrown just two interceptions all season.

The Cardinals have lost three consecutive games since the “Hail Murray.” The Giants have allowed 20 points or less through a four-game win streak. Oklahoma and Texas fans will tune into this Colt McCoy and Kyler Murray matchup, but we like the Cardinals to get back on track.

The Vikings remain in the playoff hunt, but Dalvin Cook will be challenged by the league’s top run defense. That will put pressure on Kirk Cousins. Tampa Bay had an extra week to prepare, and Tom Brady cleans up the turnovers at home.

The Panthers had a bye week to heal for the stretch run, and they get a Denver team that is 2-4 on the road this season. The Broncos have a –10 turnover ratio in their last four games, and Carolina takes advantage of that trend.

The Titans played a 33-30 thriller with the Jaguars in the first meeting. Jacksonville has lost four of its last five games by four points or less. Derrick Henry clears 100 yards this time, and the Tennessee bounces back from the loss to Cleveland.

The Raiders escaped New York with a victory against the Jets, and now they meet an old nemesis in Philip Rivers – who lost both meetings to the Raiders as the Chargers’ starting quarterback last season. Las Vegas’ defense is a big concern, but Derek Carr leads another victory in an afternoon thriller.

The Seahawks’ defense is playing better, but the offense struggled in a loss to the Giants last week. Seattle is 0-4 when it has two or more turnovers in a game this season. Russell Wilson gets back on track against the winless Jets.

The Packers can clinch the NFC North with a win and a Vikings loss, but it won’t be as easy as it looks at Detroit. The Lions played loose under interim coach Darrell Bevell, and the teams have split the last four meetings at Ford Field. Will Green Bay close out their division rival?

Will the Eagles turn to Jalen Hurts with their season on the line? He offered a spark in the second half in last week’s loss to the Packers. The Saints have allowed just 9.3 points per game in Taysom Hill’s three starts. This will be close, but New Orleans hangs on to the top seed in the NFC.

The Chargers are coming off an embarrassing 45-0 loss, and they are underdogs against the Falcons. Atlanta still hasn’t been consistent on both sides. The Falcons are 2-3 on the road this season.

Alex Smith will be starting against his former team, and that provides an interesting storyline. The 49ers are on the outskirts of the playoff conversation, but they are healthy and at home. Both teams allow less than 24 points per game. That’s the magic number.

The Steelers are on their third game in 12 days, and it’s a tough spot at Buffalo. The Bills also are coming off a short week, but they are 5-1 at home. Josh Allen makes the most of the opportunity by handing Pittsburgh a second loss.

The Browns have come a long way since the season-opening 38-6 loss to Baltimore. Cleveland is 9-3, and their playoff credentials are still being questioned. This is the chance to change the narrative, and they do it in thrilling fashion against a division rival.