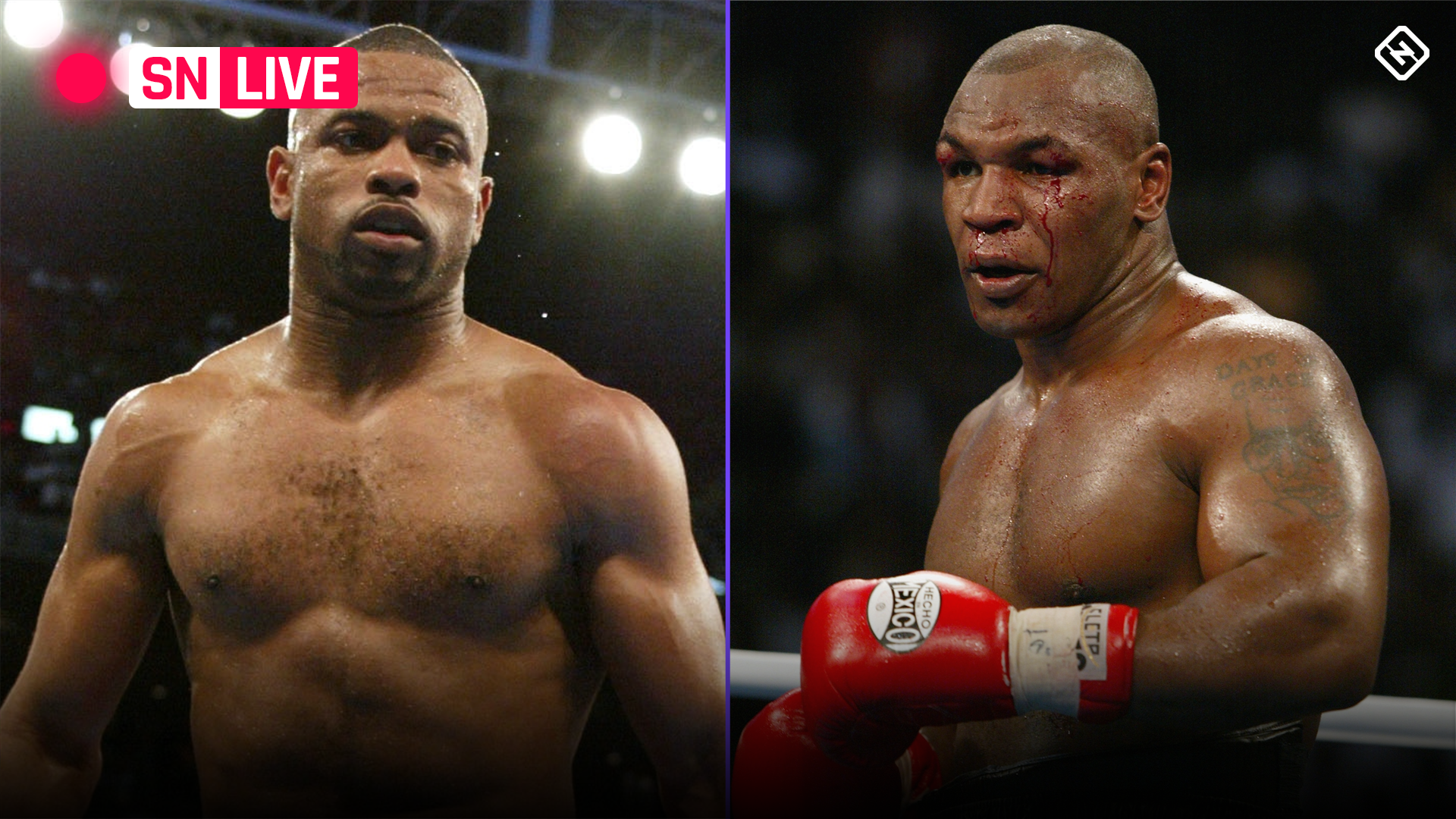 The two legendary boxers will meet Saturday night for an eight-round bout. Each round will last two minutes, and Tyson and Jones will be wearing 12-ounce gloves but no headgear. California State Athletic Commission (CSAC) executive director Andy Foster wants to make it clear this is not supposed to be a knockdown, drag-out battle.

“Let’s call it an exhibition. That’s what it is,” Foster said (via MMA Fighting). “I want the public to know what this is because I don’t want people to be disappointed. As long as they know this is an exhibition, I’m fine for everybody to earn.”

MORE: How to watch Tyson vs. Jones on pay-per-view

Foster also noted that, while the newly created World Boxing Council “Frontline Battle Belt” is on the line, official judges will not be present to score the fight, and no winner will be declared. Instead, the WBC will have Chad Dawson, Christy Martin and Vinny Pazienza judge the bout remotely and award unofficial scores.

The CSAC may be trying to temper expectations, but the punching power in the ring means it’s not completely out of the realm of possibility that boxing fans will see Tyson and Jones trade a few haymakers. It should be an entertaining showdown — even if they only go at each other with “exhibition” intensity.

Sporting News is tracking live updates and round-by-round highlights from the Mike Tyson vs. Roy Jones Jr. fight. Follow below for complete results from the entire card.

Tyson and Jones are expected to make their ring walks around 11 p.m. ET. Updates will begin at that time.

10:45 p.m. ET — As Israel Adesanya said, that was an “ass-whooping.” Badou Jack unloaded on Blake McKernan throughout the bout and walked away with a win via unanimous decision. No controversy there.

9:55 p.m. ET — Jamaine Ortiz drops Sulaiman Segawa in Round 7 with a vicious body shot. Segawa tried to fight through the pain, but he simply couldn’t stay on his feet. A knockout victory for Ortiz.

8:55 p.m. ET — Edward Vasquez scores a split-decision win over Irvin Gonzalez after an incredible eight-round battle. Vasquez and Gonzalez combined to throw over 1,000 total punches and 600 power punches. That one is going to be hard to top.

The pay-per-view event begins at 8 p.m. ET with the main card scheduled to start at 9 p.m. ET. Tyson and Jones are expected to make their ring walks around 11 p.m. ET, depending on how long the other fights last.

How to watch Tyson vs. Jones

FITE has the rights to broadcast Tyson vs. Jones in the U.S. and Canada via their various platforms (FITE.tv and its streaming apps). Triller, a social media platform, will stream the fight at TysonOnTriller.com.

The PPV can also be ordered via major cable/satellite providers in the U.S. and Canada for $49.99.